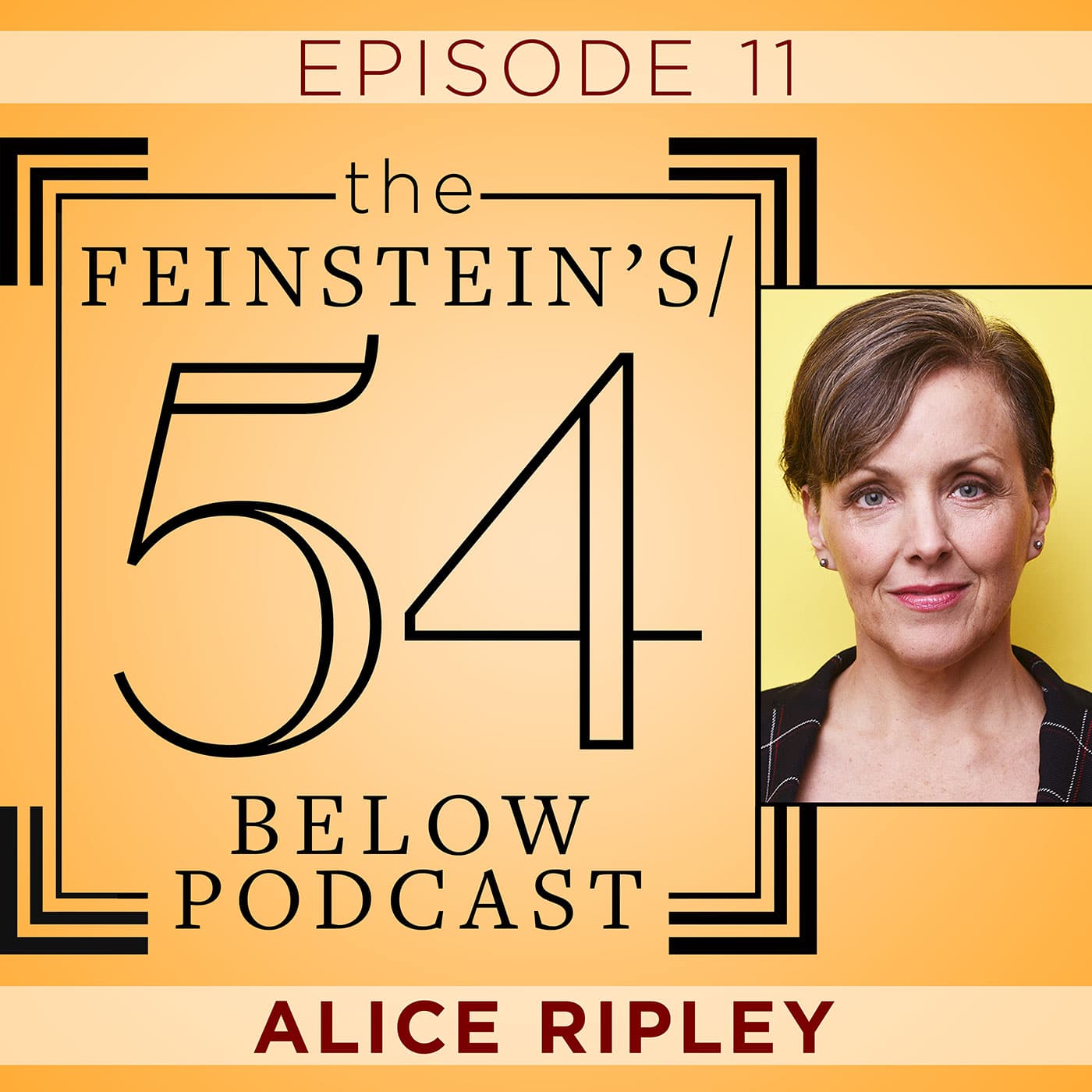 Today’s guests are longtime friend of the club Alice Ripley and her frequent collaborator Christopher Schelling.

Alice, who has been hailed by The New York Times as “simply astonishing,” is a consummate Broadway star, a versatile film and TV actor, and a distinguished singer-songwriter. She earned her first Tony Award nomination in 1997 with her brilliant work in the legendary Side Show, before winning the 2009 Tony Award for “Best Actress in a Musical ” for her performance as Diana Goodman in the Pulitzer Prize-winning Next to Normal. She has also originated roles in such Broadway productions as The Who’s Tommy, Sunset Boulevard, and, most recently, American Psycho.

Alice is joined today by her collaborator of nearly 40 years, Christopher Schelling, who is also a founding member of Ripley, the band formed by Alice in 2001. Christopher has served as musical director and manager for a number of other pop rock/cabaret performers. Additionally, his literary agency represents such bestselling authors as Augusten Burroughs, Rainbow Rowell and Kathy Valentine of the Go-Go’s.

Alice and Christopher sat down with our Marketing Associate, Adrian Karnani, to discuss memories from these iconic original casts, revisiting Sunset Boulevard, and creating original music for the last decade.

See Alice sing “As If We Never Said Goodbye:”