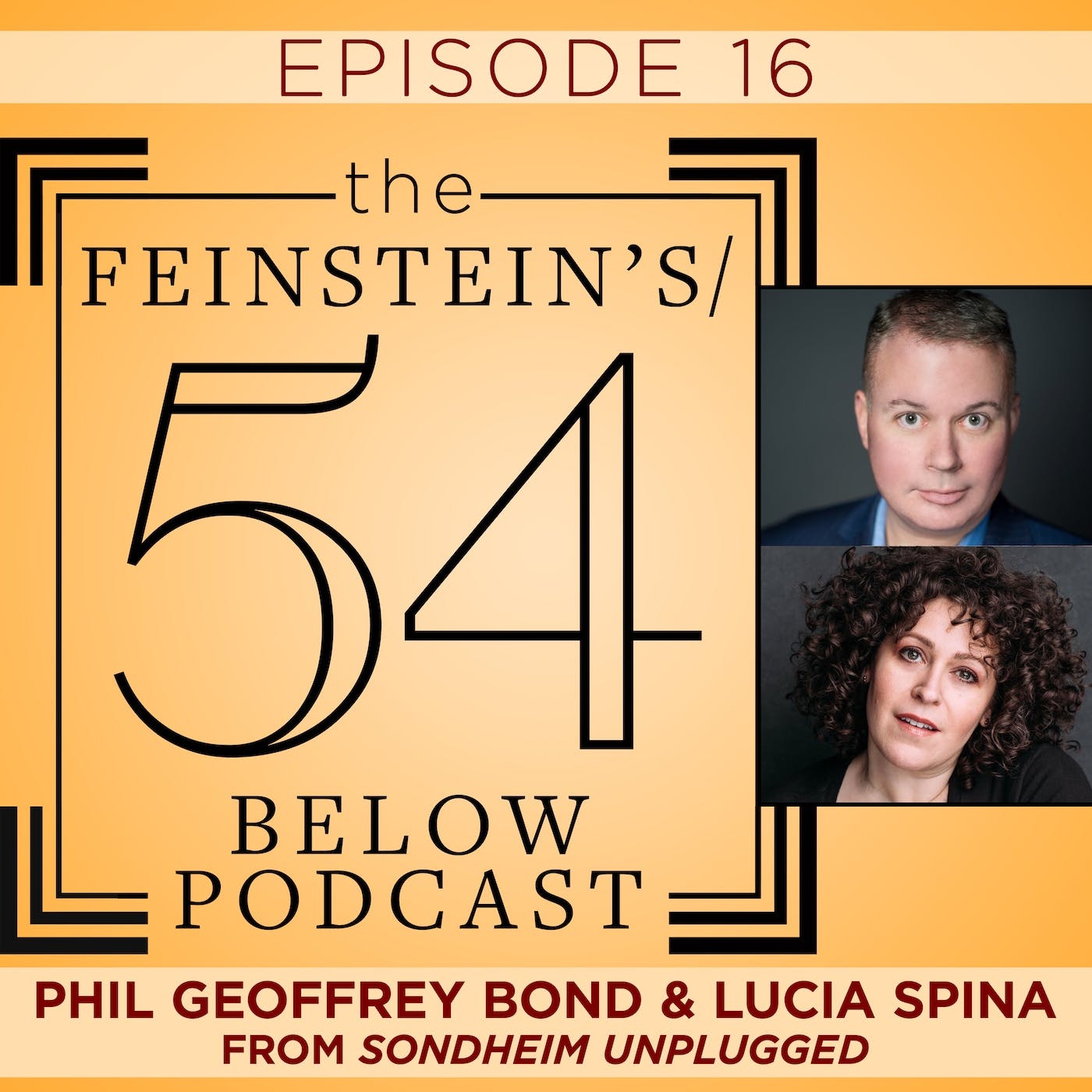 An episode for Sondheim fans!

This week, we turn our focus to Sondheim Unplugged, one of the most popular and long-running series presented at Feinstein’s/54 Below. A celebrated New York event since 2010 (It’s a Hit!), the show features some of Broadway and cabaret’s most dynamic voices, accompanied by piano only, delving into the musical world of Broadway’s master composer. In December 2020, Sondheim Unplugged was recorded and streamed as part of 54 Below Premieres, the club’s new streaming series. God, That’s Good!

We are joined by creator and host Phil Geoffrey Bond and performer Lucia Spina.

Phil Geoffrey Bond created Sondheim Unplugged, the long-running, award-winning monthly series, in 2010 and has served as its producer and host ever since. His novel, The Last Year at Low Tide, is currently available on Amazon from Chess Books as are his other titles — My Queer Youth, Small Town Confessions, The Fall of Mrs. Parsons, The Disney Diaries, and All the Sad Young Men. Phil has served as Director of Programming for The Duplex Cabaret Theatre, The Laurie Beechman Theatre as well as Feinstein’s/54 Below, where he later became Director of Original Programming. He is the recipient of seven Manhattan Association of Clubs and Cabarets (MAC) Awards, two Backstage Bistro Awards, a Broadway World Award, and a Nightlife Award.

Sondheim Unplugged premiered online Saturday, December 26, 2020, and is available on-demand through January 23, 2021. Tickets are $25 and can be purchased at www.54below.com/Sondheim.

View clips from the show:

All music clips in this episode are from Sondheim Unplugged at Feinstein’s/54 Below, filmed on December 5, 2020:

“The Ladies Who Lunch” from Company, music & lyrics by Stephen Sondheim, performed by Lucia Spina

“Marry Me a Little” cut from Company, music & lyrics by Stephen Sondheim, performed by Nicholas Rodriguez

“Move On” from Sunday in the Park with George, music & lyrics by Stephen Sondheim, performed by Lucia Spina & Nicholas Rodriguez

“Being Alive” from Company, music & lyrics by Stephen Sondheim, performed by Telly Leung

This podcast is hosted by Nella Vera and produced by Grace Benigni, with support from the Feinstein’s/54 Below marketing staff.