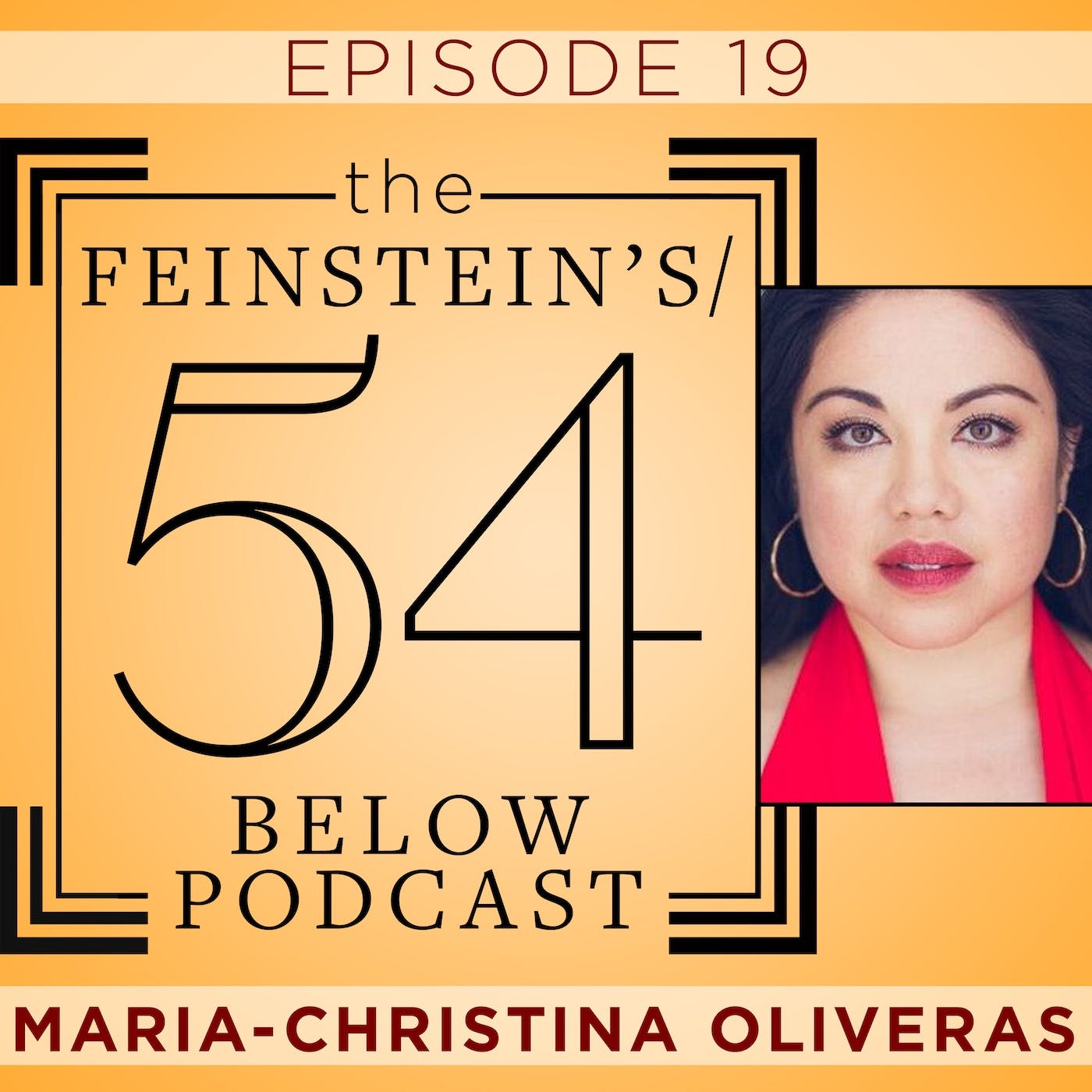 Maria-Christina Oliveras caught the attention of NYC theater fans with an explosive, show-stopping turn in David Byrne and Fatboy Slim’s multiple award-winning musical Here Lies Love. On August 6, she brings her gift of storytelling and unique style to Feinstein’s/54 Below in an electrifying night of music and surprises. In this episode, she joins our Director of Marketing, Nella Vera, for a chat about her career, her collaborations with renowned artists, including Tony nominee Alex Timbers, and why she’s chosen this particular time to do her first solo cabaret show.

Maria-Christina has performed extensively on and off-Broadway, regionally, internationally, and in film and television. Her career is distinguished by her transformational character work in a number of world premieres, including roles in Kiss My Aztec (by John Leguizamo, Tony Taccone, David Kamp, Benjamin Velez, directed by Tony Taccone), Amélie (by Craig Lucas, Daniel Messe and Nathan Tysen, directed by Pam MacKinnon), Soft Power (by David Henry Hwang and Jeanine Tesori, directed by Leigh Silverman), El Huracán (by Charise Castro Smith, directed by Laurie Woolery), and Pretty Filthy (by Bess Wohl and Michael Friedman, directed by Steve Cosson). She has appeared on Broadway in Amélie, Machinal, and Bloody Bloody Andrew Jackson.

For information about Maria’s show at Feinstein’s/54 Below, visit https://54below.com/events/maria-christina-oliveras/