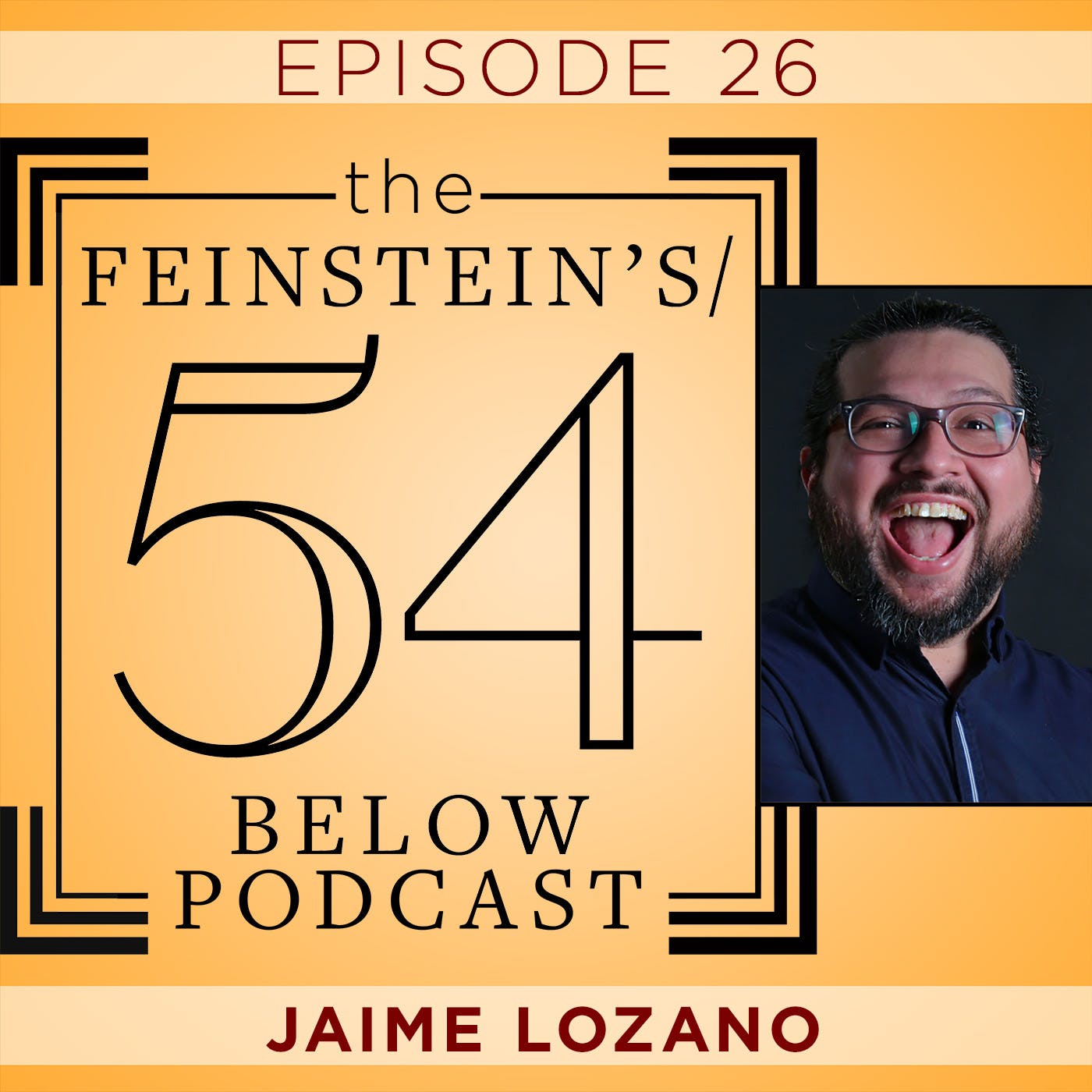 Mexican-born musical multi-hyphenate Jaime Lozano sat down for a heart to heart with Feinstein’s/54 Below’s Director of Marketing, Nella Vera, ahead of his upcoming concert. The two discussed Jaime’s incredible journey to NYC, how he found a chosen “familia” in the theater, and how Hamilton’s Alex Lacaimore changed his life one afternoon at a performance of In The Heights.

Jaime Lozano is considered by Lin-Manuel Miranda as the “next big thing” on Broadway. His recent productions include The Yellow Brick Road (for with he wrote music and lyrics with Tommy Newman, book by Mando Alvarado), which premiered Off-Broadway in 2011 and was followed by a successful national tour and also Children of Salt; A New Latin Musical (book and lyrics by Lauren Epsenhart) which made its New York City debut in 2016 as part of the New York Musical Festival and won the “Best of Fest” Production Award. Recently, Jaime’s song cycle, A Never-Ending Line, a collaboration with 9 female lyricists, had its World Premiere in Paris, France as part of the concert series “Broadway au Carré” at the Comédie Nation Theatre. It had its Spanish language World Premiere in Mexico followed by an Off-Broadway run at The Players Theatre here in NYC. His others works include Con Amor…Isa Colibrí, Estocolmo, Savage, Present Perfect – A musical in broken English, among many other works.In 2015, Jaime and his wife, Mexican actress and singer Florencia Cuenca, created a jazz project called “The New Standards,” an album of contemporary musical theatre songs accompanied by jazz arrangements. Written by Jaime and Jesús Altamira, it has performed at prominent venues in New York City, Mexico, and across Latin America.

He is making his Feinstein’s/54 Below debut with a concert full of immigrant stories and songs written in collaboration with some of the most exciting Latinx musical theatre writers celebrating the Hispanic Heritage Month.