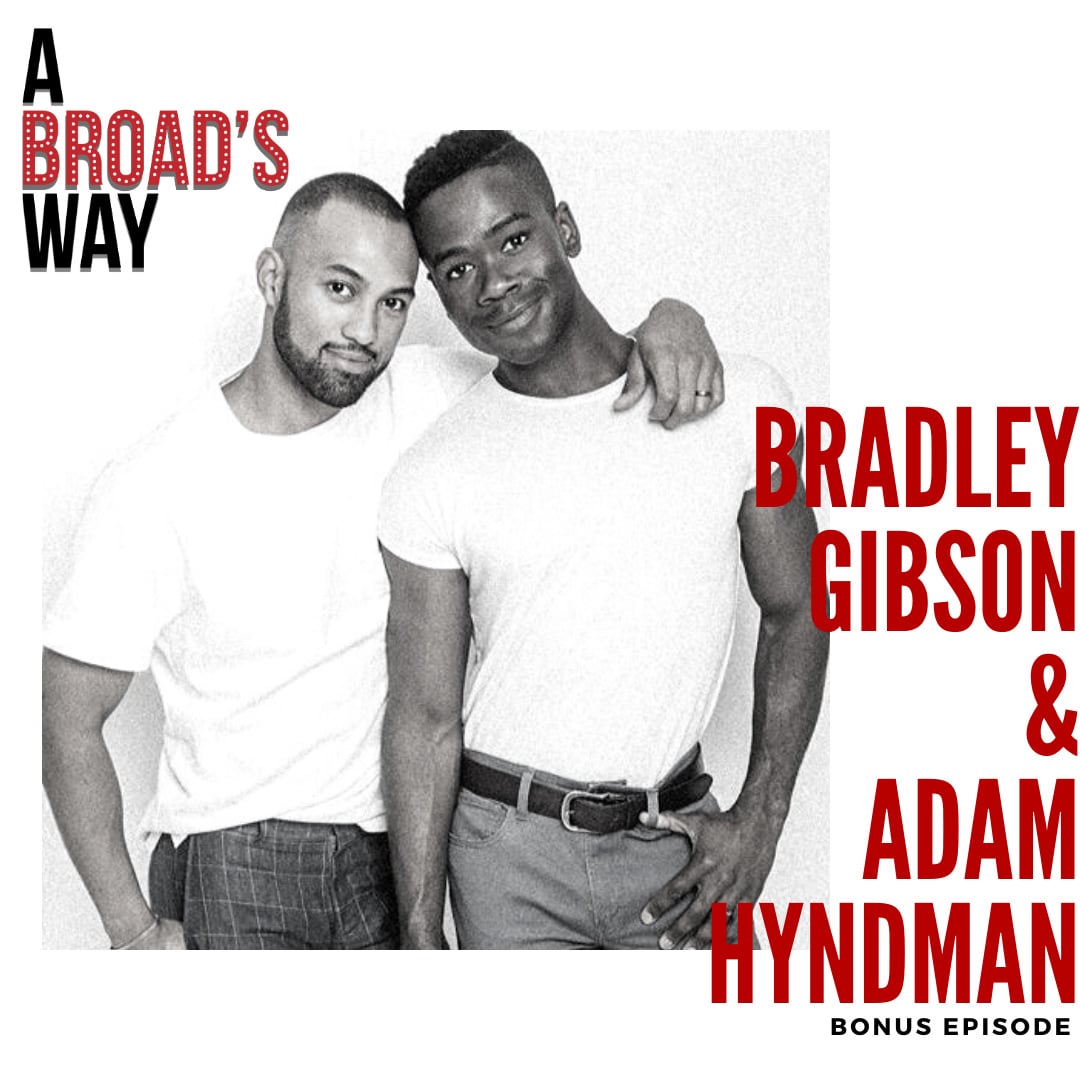 Episode 4 features actors and activists, Adam Hyndman & Bradley Gibson! Our conversation was truly the most connective and honest conversation I have ever had with people in the industry. We talked through our formative theater lovin’ years, our personal and unique college experiences, the dream come true performance moments and the heartache and let downs on and off the Broadway stage.

Adam Hyndman is a Princeton University grad who majored in Cultural Anthropology and minored in theater and dance. Adam made his Broadway Debut in Aladdin and then went on to appear in the revival of Once On This Island! In the midst of his upward trajectory, Adam was faced with a harrowing injury. Through his injury and recovery, he only grew stronger and more grounded in his passion about creating possibilities for people to connect and activate their purpose; on a direct level through personalized wellness coaching (pulling from experiences as a nutrition coach, life coach, and crisis counselor), and on an amplified level through supporting arts projects dramaturgically and collaborating in producing teams for theatrical productions. Adam is a soft spoken, intelligent, and impactful person who not only brings his talent to the stage but to every connection he makes in his life and work. Fully recovered and focused, Adam just joined the Broadway company of Hadestown!

Bradley Gibson is southern boy raised in North Carolina where he always felt a deep sense of love for storytelling before he even knew what a Broadway stage was. He graduated from Boston Conservatory with a BFA in Musical Theater and as soon as he hit the NYC scene, he found instant success. He toured with the National Tour of Chicago, appeared in Love’s Labour’s Lost (The Public Theater), and went on to make his Broadway Debut in the Original Broadway Cast of Rocky as a swing. In a time of his life that should have felt like a dream come true, Bradley experienced a time of depression that came from a toxic work environment and bullying he experienced backstage from a co-worker. When closing his Broadway debut, Bradley continued to blaze forward, stepping into his power and potential as leading man, and booked his next Broadway show, A Bronx Tale, where he played Tyrone. He is not only a talented performer but a kind and honest human who lights up every room he enters. Currently, you can see Bradley 8 times a week as Simba in The Lion King.

This two part episode leaves no topic uncovered and dives into the differences of Adam and Bradley’s journey to Broadway and also the similarities that they face as two queer people of color in the industry and world.

This is Adam Hyndman & Bradley Gibson.