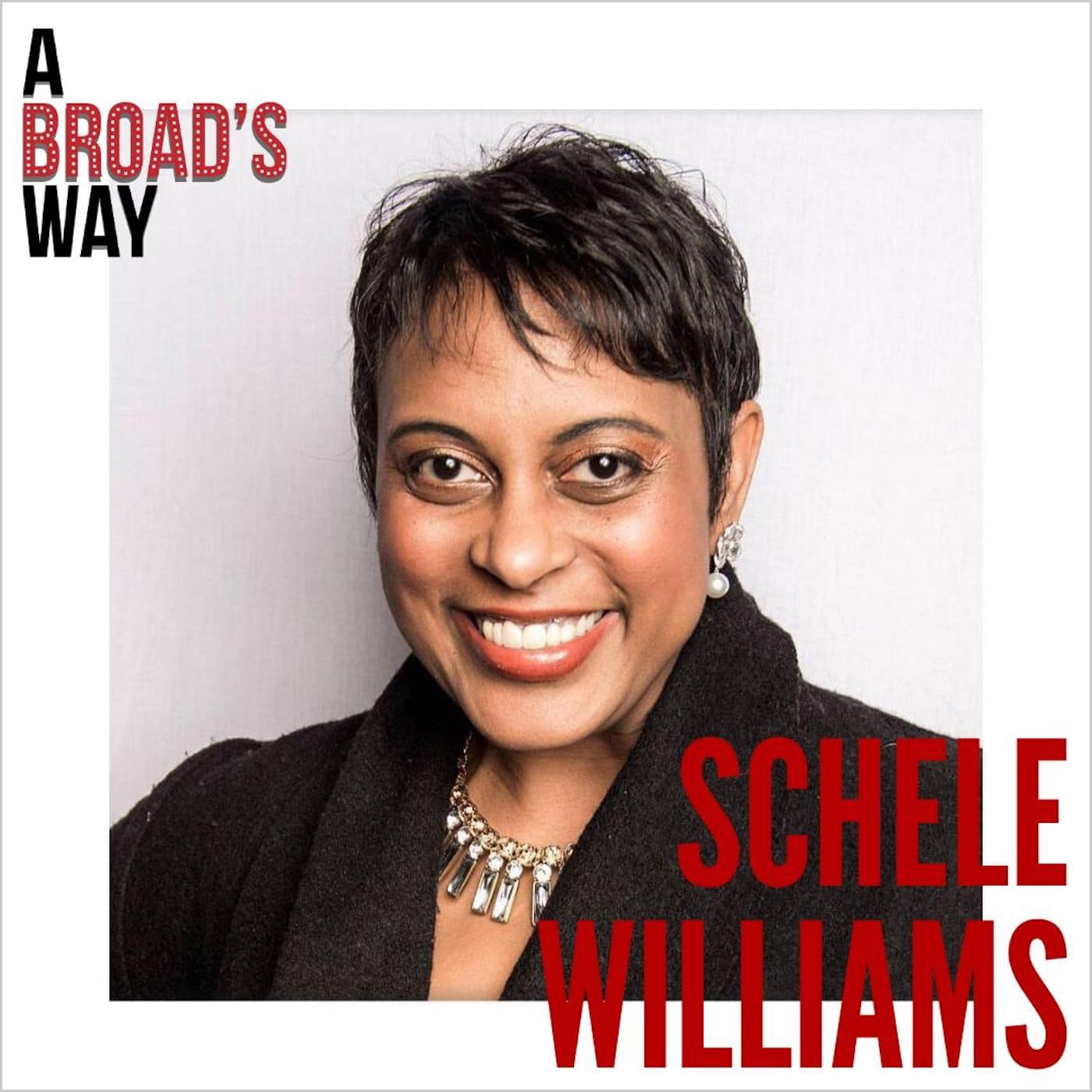 Ep13- Schele Williams: representation & building your own room of opportunity

Schele Williams is a Brooklyn based director committed to cultivating new musicals, as well as directing and producing devised work. Schele will be directing the revival of Aida for Disney Theatricals in 2020. Other current musicals in development include Mandela the Musical and Indigo. She has directed at numerous regional theatres across the country and New Works festivals including NAMT, NYMTF and Theatreworks Palo Alto. Her Broadway credits include: Associate director of Motown The Musical,. She was the Associate Choreographer for Rent on Broadway, National and International touring companies. Passionate about pairing social justice with the arts, Schele has directed numerous Broadway events including: The People’s State of the Union Starring Common, Andra Day, John Legiuzamo, Amy Schumer and Wanda Sykes. Uprising of Love (starring Sting and Patti LuPone) for global equality. Defying Inequality (starring Liza Minnelli and Ben Vereen) a benefit for marriage equality for which she received a New York City proclamation, and From Broadway to Bourbon Street a benefit for the victims of Hurricane Katrina. (starring Bernadette Peters and David Hyde Pierce). Schele is the director of the NYU Center of Diversity Inclusion and Belonging’s devised plays for Fortune 500 companies. In addition, Schele is a member of the Broadway Inspirational Voices and serves as Chairman of the Board. Follow @schelewilliams