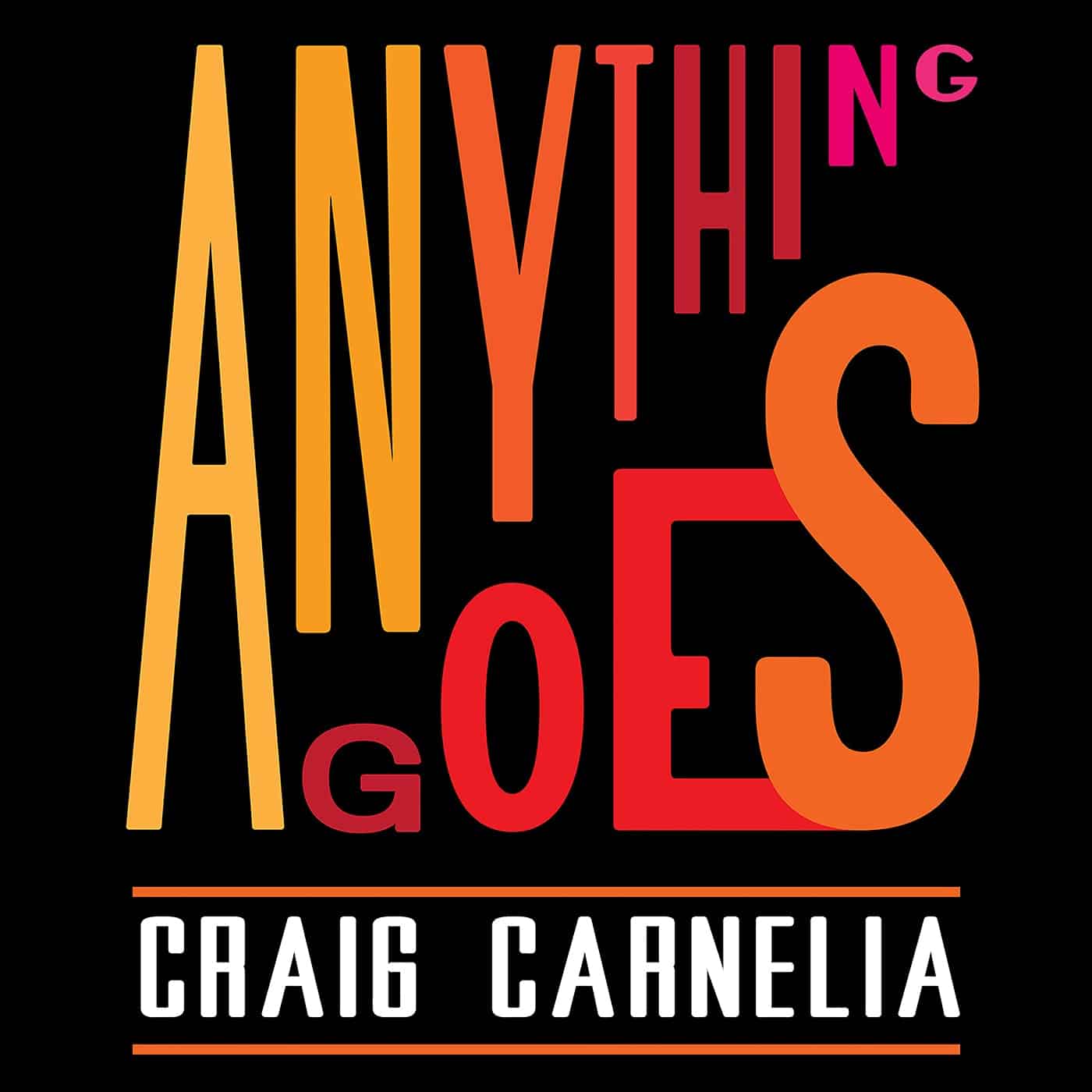 Hi, this is Paul Lazarus. In the 1980s, I produced and hosted a radio series called Anything Goes, a celebration of the American musical theater. Now, the Broadway Podcast Network is bringing back these shows. This conversation with composer-lyricist Craig Carnelia originally aired in 1986. Carnelia has a beautiful singing voice. As a performer, he played The Boy in THE FANTASTICKS Off-Broadway. Luckily for this program, he sat at my not-so-in-tune piano and recorded some of his lesser-known songs.

This is ANYTHING GOES, a Celebration of the American Musical Theater--past present and future. I’m your host, Paul Lazarus. Today, the emphasis is on the future. We’ll be talking with composer-lyricist Craig Carnelia and listening to songs from his first two Broadway shows, WORKING and IS THERE LIFE AFTER HIGH SCHOOL? Here’s the opening number from IS THERE LIFE AFTER HIGH SCHOOL?, music and lyrics by Craig Carnelia, “The Kid Inside.”

“THE KID INSIDE” (Original Broadway Cast)

WORKING, the 1978 musical to which Carnelia contributed four songs, was adapted by Stephen Schwartz from Studs Terkel’s oral history of American workers. Carnelia was inspired by the book’s emphasis on the everyday detail of people’s lives.

Interview
Carnelia: If you read Studs Terkel’s book, “Working,” people are always talking about life and death and the very meaning of existence and they’re talking about it in terms of coffee cups and little tiny, tiny details. Day-to-day stuff, walking the dog, and they’re about to burst into tears. I find those things really, really exciting to write about. It’s, for me, a more—I enjoy expressing large emotions in small moments. To me, there’s nothing more exciting in musical theater than someone standing on a stage singing a song in which something happens. Something occurs in the song itself. The person finds something out while singing the song, or the audience finds something out about the person that the person doesn’t even know.

“Just a Housewife,” from the original cast album of WORKING.

Interview
Carnelia: In terms of approaching that book, I think I found a way of bringing the book into song in “Housewife” and in “Joe” really successfully. I think if we had a whole score of songs like “Joe” people would run screaming out of the theater, it’s so wordy. But it was the first song I wrote on the show, and though Steve had assigned me that character, it was up to me how to do it. And it struck me that the idea of going back and forth between the singing and the talking, well like what we were talking about earlier with form – that is the idea of that song. This guy is going to tell what he does with his days now that he’s retired. The idea of that song is that he’s going to ramble. And it’s gotta have a structure musically so it’s a song, but it’s also gotta sound like this guy just is gonna talk your ear off, and he does. And then it becomes totally musical when he’s dealing with the past.

Paul: It does somehow how to me capture precisely the tone of Terkel’s book.

Carnelia: Studs felt that. I was very pleased that he liked that so much.

Paul: It’s the case of form matching the idea.

Carnelia: I met the man, also. I met the character from the book in Chicago. He was with his daughter, and she came up and said, “You’ve made my father a hero.” It was wonderful, it was a lovely moment.

Interview
Carnelia: One of the things I did when I read “Working” was, I would jot down recurring themes and two of the themes made it into the show. “If I Could Have Been,” was my idea. I wanted to write a song called “I Would’ve I Should’ve.” The other thing I kept noticing, one of the many other things that was recurring, was that need for “Something To Point To.” And in fact,

the Steelworker, who speaks throughout the show and precedes that song, actually puts it in those words. And I felt it was a good place to end, a good statement. And the idea of ending, bringing it down to the very of essence of “I did that. Me.”

“SOMETHING TO POINT” (Original Broadway Cast)

Prior to WORKING, Carnelia wrote the score for THE NEWCOMERS, a musical which was never produced. It was about immigrants on Ellis Island.

Interview
Carnelia: I had no business writing that, I knew nothing about immigrants, I grew up on Long Island, that was the old country. I knew nothing, I didn’t even have grandparents. We didn’t have Sunday dinner where the uncles were there. I didn’t know anything about immigrants other than FIDDLER ON THE ROOF. I had no business doing that. There’s that old adage of writing what you know. I would take that one step further and say you should write about the things you care about, write about the things that are important to you. The song you’re probably going to play, “Two Birds,” which is a very sweet tune and a kind of dopey lyric, is not about immigrants.

Paul: Who are the characters that sing “Two Birds”?

Carnelia: Their names are Mariam and Stefanos. They wanted to get married and some “meanie” would not let them. The play took place in the registry room at Ellis Island and it was kind of a hot house of activity and very explosive emotions and a lot of double rhyming. And this was one song where they went outside and they were looking up at the sky and saw two seagulls and they sang a dopey song with a pretty tune.

You’re listening to ANYTHING GOES with Paul Lazarus. Some of Carnelia’s best songs, including a personal favorite, “Fran and Janie” from IS THERE LIFE AFTER HIGH SCHOOL? were written between the out-of-town tryouts and the Broadway productions.

Interview
Carnelia: Going back to WORKING, between The Goodman theater in Chicago and Broadway, I wrote “Housewife” and “The Mason.” Between Hartford and New York in HIGH SCHOOL, I wrote those three songs for the reunion, “Fran and Janie” among them. And I agree with you, I think it’s the best song in the show. In fact, it’s my favorite song I’ve ever written. Part of how you come up with something that’s better than what you’ve done before, you see what’s there on the stage, and you have an instinct for what’s missing. I can’t believe that that show was ever seen by anyone – HIGH SCHOOL – without that song in it. The show at once embraces and rejects the past. It goes back and forth every two seconds. Rejects high school, embraces high school. But in terms of what makes that a good song, it probably goes back to my writing well for women, and it being something I feel very deeply. My work likes people, it’s one of the things I like about it. I think my work likes people more than I do. And that song is about that. It’s about love, a pure kind of love, a love where you don’t want anything from the person, you just love them.

“Fran and Janie” from IS THERE LIFE AFTER HIGH SCHOOL.

Interview
Carnelia: What I wanted to do in those two songs in “Fran and Janie” and “I’m Glad You Didn’t Know Me,” was to have the evening culminate musically – those are the last two full songs of the show – with one last embrace, a more vivid one than we’ve ever had before, and one last rejection, a joyful one, which is more vivid than we’ve had before. Because even though we’ve made fun of the past, we’ve regretted the past, we hadn’t said, “get out of here, I’m glad I’m me now.”

“The Mason,” a song Carnelia wrote for WORKING, is a tribute to craftsmanship. In praising a builder, it tells us something about Carnelia’s own remarkable talent.

Interview
Carnelia: I wanted to write something totally positive. I feel that way about my work, the way the Mason feels. It doesn’t give me the joy it gives him, but I feel that it’s worth doing. That it’s important.

You’ve been listening to the work of talented theater songwriter, Craig Carnelia. Sound mixing by David Rapkin. Associate producer Jeff Lunden. Anything Goes – Backstage with Broadway’s Best – is produced and hosted by Paul Lazarus. For more information and bonus materials visit anythinggoespl.com. If you enjoyed this episode, be sure to rate and follow us. Thanks for listening.

This is ANYTHING GOES, a celebration of the American musical theater. This program was produced with funds provided by the Corporation for Public Broadcasting through National Public Radio’s Satellite Program Development Fund and the National Endowment for the Arts. Sound mixing by David Rapkin. Associate producer Jeff Lunden. ANYTHING GOES is produced and hosted by Paul Lazarus, who is solely responsible for its content. Thanks for listening.

Composer-lyricist Craig Carnelia talks IS THERE LIFE AFTER HIGH SCHOOL, his contributions to WORKING under Stephen Schwartz, and an un-produced show titled, THE NEWCOMERS. Carnelia takes us through his songwriting process, including how shows evolve and songs are added even after the premiere. A talented performer in his own right, Carnelia performs several of his own songs, some of which have never been heard before, including a duet with Maureen Silliman, who was in the original cast of IS THERE LIFE AFTER HIGH SCHOOL?