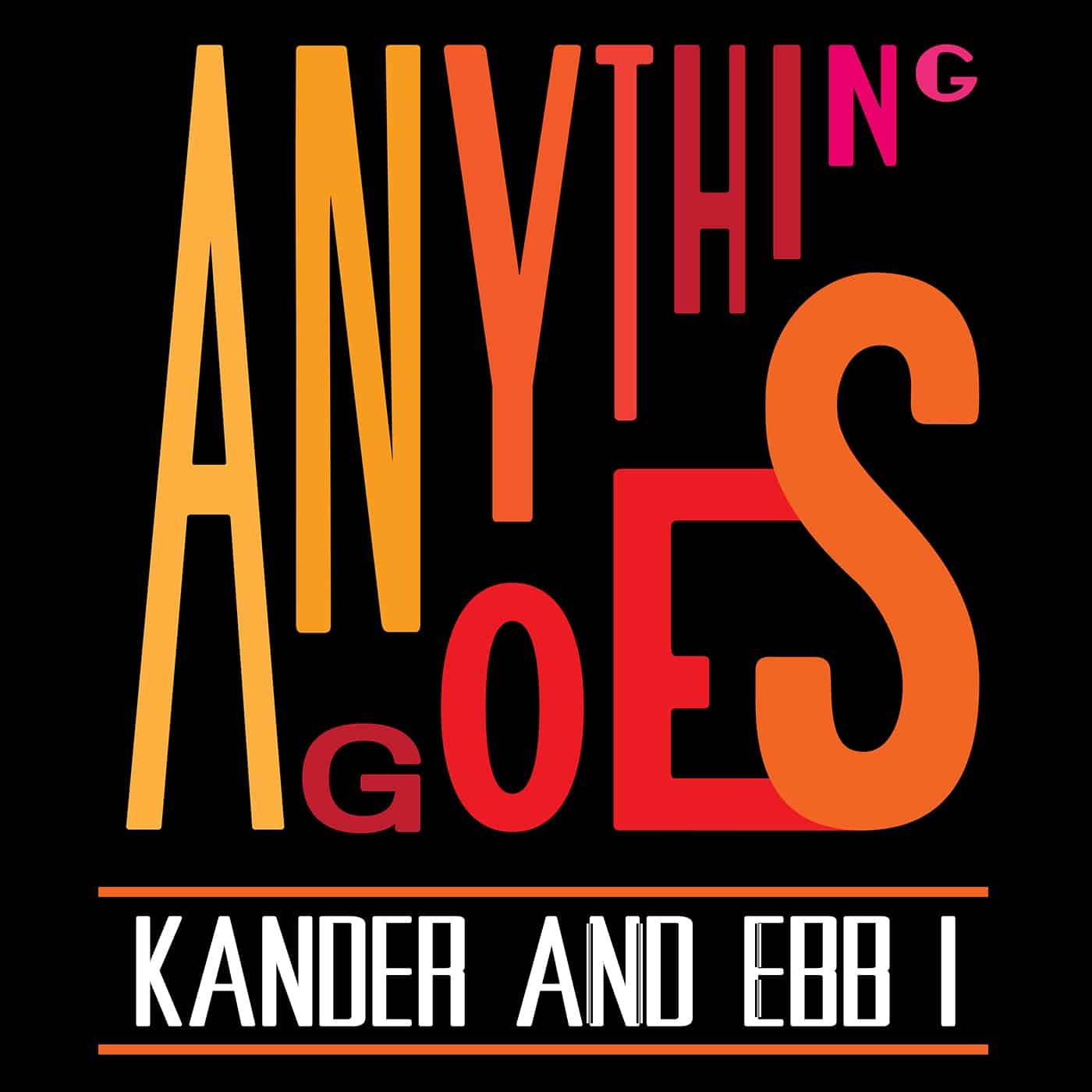 Hi, this is Paul Lazarus. In the 1980s, I produced and hosted a radio series called Anything Goes, a celebration of the American musical theater. Now, the Broadway Podcast Network is bringing back these shows. This two-part look at the work of writers John Kander and Fred Ebb originally aired in 1986. The famous songwriters of CABARET, FLORA, THE RED MENACE, and incredible special material for Liza Minelli and Barbra Streisand spoke with me in my Manhattan apartment near Central Park West.

This is ANYTHING GOES, a Celebration of the American Musical Theater--past present and future. I’m your host, Paul Lazarus. Today, the first of two visits with songwriters John Kander and Fred Ebb. In the course of their more than twenty-year collaboration they’ve written the songs for nine Broadway musicals, including CHICAGO, ZORBA, THE ACT, WOMAN OF THE YEAR, and CABARET

Composer John Kander sees little change over the years in the way he and Fred Ebb go about writing a score.

Interview
Kander: From the very beginning we wrote the way we do now, which is in the same room at the same time. Improvising together, talking a long time before we start to write, and then improvising verbally and musically.

Interview
Ebb: I never sensed that a time came in our collaboration when we suddenly hit upon the way to collaborate, I think it was always there.

Interview
Paul: Who brought the two of you together, how did that happen?

Paul: When you first met, do you recall initial impressions of each other?

Ebb: I thought he was a nice fellow and I had already seen FAMILY AFFAIR so I knew he was a talented fellow. I just liked him and we just sat down practically within an hour and started to write a song.

From their earliest days together, Kander & Ebb have written special material for performers. Ebb recalls how he got the idea for a number they wrote for Liza Minelli.

Interview
Ebb: I think most writers write, y’know, if something funny happens to them and they store it away or they hear a good thing, or they overhear somebody say something and they say to themselves at least, gee that’s a good idea for a song, that’s a good title for a song. Especially in the early days when you’re looking to make an impression, I think you tend to do that. And I had heard this story at one point in my life about this girl, and I think it was a true story. I don’t know who told it to me, but I know I knew it. It was in the back of my mind. And Liza wanted a piece of material and you sit there, what can you write about, up pops this notion and I asked Johnny if he thought it would be a good idea for a song and he said yes.

“RING THEM BELLS” (Fred Ebb and John Kander at 92Y)

Fred Ebb and John Kander at the piano. Soon after they met, Kander & Ebb wrote songs for a revue called PUT IT IN WRITING, including a song called “My Coloring

Book.” It didn’t get into the show, but it went on to become their first hit, as recorded by Barbra Streisand.

Producer Hal Prince gave Kander and Ebb their first break on Broadway when he hired them to write the score for FLORA THE RED MENACE, a musical directed and co-written by the venerable George Abbott. Mr. Abbott lived up to his longtime reputation for theatrical savvy.

Interview:
Kander: We would have a meeting every morning at the Ritz where he was staying in Boston and go over the changes for that day. And at one point, he said, “oh by the way, in the second act, I’m going to have Mary Louise at a particular spot – Mary Louise Wilson –enter upstage left, cross into the middle of the stage, and say, howdy, and that’ll get a big laugh, and then exit downstage.” Well, we all looked at our shoes, Hal included, because Mr. Abbott was in his 70s then, and we wanted to be very respectful, but obviously that was just silly. And he caught our mood and said, “well, no don’t worry, it’ll work.” And that evening before the show, about five minutes I think before the show literally, I checked with Mary Louise. He told her what she was going to do, and she was almost in tears because it was so un-funny and such a terrible idea.

Ebb: And such a long walk across the stage.

Kander: Well needless to say, you know where this story’s going to go. She walked on stage, walked downstage, said “howdy,” got a huge laugh, and then she exited, and she got applause.

ANYTHING GOES with Paul Lazarus. That was “Sing Happy” from FLORA THE RED MENACE, the 1965 musical with which Kander & Ebb made their Broadway debut.

Another notable debut was made in that show by nineteen-year-old Liza Minelli. Although she won a Tony for her performance, she almost didn’t get the part at all.

Interview
Ebb: We taught her something, it was “A Quiet Thing.” And she came up and auditioned with it. I was sitting next to Mr. Abbott that day taking his notes. The mere proximity of him gave me goose flesh. I just really idolized him. I took his notes as to what he thought of everybody. And the stage manager came out and said Liza Minelli, and she started to walk across the stage to audition. And he has a very loud – I mean, it carries, his voice. And he said, “Well this is a waste of time.” And you could see Liza visibly shudder, she clearly heard him.

Interview
Kander: He ended up so crazy about her, I can remember Mr. Abbott waltzing in with her birthday cake during rehearsal. He was back in her dressing room all the time. Absolutely crazy.

Ebb: Absolutely mad about her.

Hal Prince made a promise to Kander & Ebb while FLORA THE RED MENACE was trying out in Boston.

Interview
Kander: He said whatever happens when Flora opens, the day afterwards we’ll meet at my house and we’ll start talking about the new show. And FLORA opened and the reviews were not good, and at four o’clock in the afternoon we were at Hal’s house talking about CABARET.

Before writing the score for CABARET, John Kander listened studiously to German popular music of the 20s, including the songs of Kurt Weill. Lotte Lenya, Weill’s widow was in the cast of the show.

Interview
Kander: Before we opened, I said to Lenya, listen I know the critics are going to accuse me of writing watered down Kurt Weill, and that’s not my

intention, nor has it ever been. And I remember she took my face in her hands and she said, “no, no, it’s not Kurt, it’s Berlin! It’s Berlin that we’re doing out there.” And that made me feel better. And the critics did say it, but I really didn’t care as long as she didn’t feel that way.

The style of the musical CABARET evolved gradually.

Interview
Kander: We started off originally just planning to have a series of Berlin songs, not performed by one person. We wrote a whole bunch of them, as a matter of fact. Then little by little, it became clear that we could get some strength out of having one person sing all of those songs, and then the Emcee’s character was born.

“IF YOU COULD SEE HER” (Joel Grey)

Joel Grey singing “If You Could See Her,” from CABARET, a song which became the focus of controversy when the show was in previews.

Interview
Kander: It’s a song which Joel is dancing with this gorilla and at the end of it, he says, “and if you could see her through my eyes she wouldn’t look Jewish at all,” which is a song we thought made its point very clearly. And

the reaction among Jewish groups was terrible, as if we said Jews looked like Gorillas.

Paul: Oh, they missed the point.

Ebb: They missed the point. They didn’t know we were writing a deliberately anti-Semitic song to show how anti-Semitism was creeping into even Cabaret life. And the very real danger that Sally and Cliff were facing.

Ebb changed the lyric for Broadway, but Bob Fosse restored the original version in the movie of CABARET.

“IF YOU COULD SEE HER (MOVIE VERSION)” (Joel Grey)

Fred Ebb explained at a Lyrics & Lyricists series concert how one of their best ballads was added to the film version of CABARET.

Lyrics & Lyricists:
Ebb: Bob Fosse came to us and asked us for a ballad for a particular moment, he described it to us. And we thought about it and we both remembered a song that we’d written about seven years before that. It was in the trunk! And we took it out and played it for him and he liked it and it got to be in the movie even though it was seven years old. You weren’t supposed to know that, but now you know.

Next week, during the second part of our conversation with Kander & Ebb, we’ll hear about their work on ZORBA, THE HAPPY TIME, 70 GIRLS 70, CHICAGO, WOMAN OF THE YEAR, and THE RINK. The most famous song written by this Broadway team comes ironically enough from a movie. But it celebrates the town in which they made their mark as songwriters.

You’ve been listening to part one of a two-part retrospective of the work of songwriters, John Kander and Fred Ebb. Sound mixing by David Rapkin. Associate producer Jeff Lunden. Anything Goes – Backstage with Broadway’s Best – is produced and hosted by Paul Lazarus. For more information and bonus materials visit anythinggoespl.com. If you enjoyed this episode, be sure to rate and follow us. Thanks for listening.

John Kander and Fred Ebb, the writing team behind such shows as CHICAGO, CABARET, FLORA THE RED MENACE, are interviewed about their over twenty-year collaboration. They discuss how they first met, the early stages of their partnership, writing special material and how much they enjoy the time they spend writing together. They sing several of their own compositions together and share their experiences working with Hal Prince, George Abbott, Chita Rivera, Liza Minelli, Barbra Streisand, Bob Fosse, Gwen Verdon, and other stars of the stage and screen. Featured songs: “Cabaret,” “Perfect Strangers,” “Ring Them Bells,” “My Coloring Book,” “Sing Happy,” “A Quiet Thing,” “Wilkommen,” “So What?,” “If You Could See Her,” “Maybe This Time,” and “Theme From New York, New York.”