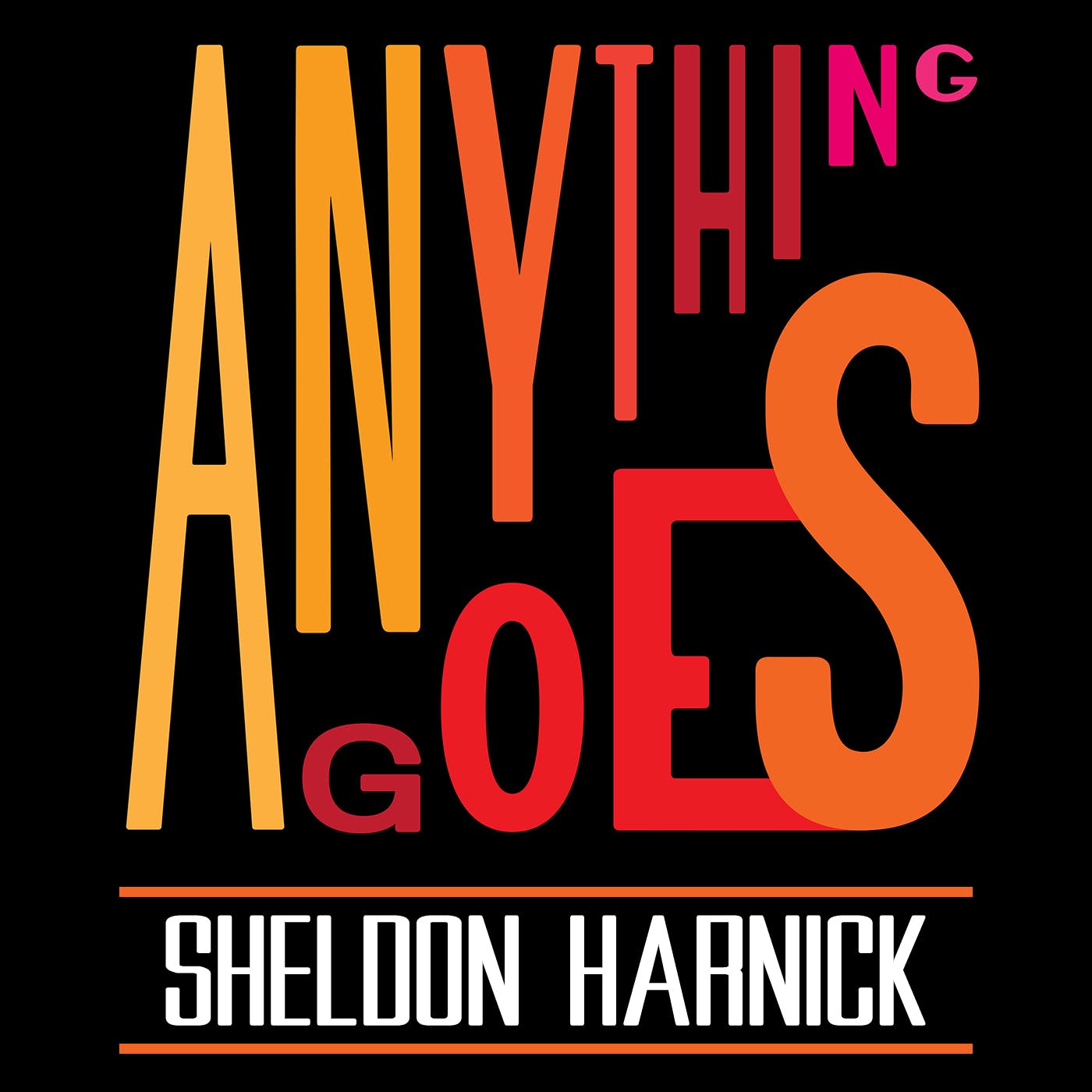 Hi, this is Paul Lazarus. In the 1980s, I produced and hosted a radio series called Anything Goes, a celebration of the American musical theater. Now, the Broadway Podcast Network is bringing back these shows. Today, wordsmith Sheldon Harnick talks about his early review work, and lyrics he penned for such extraordinary Broadway shows as FIORELLO, SHE LOVES ME, and of course FIDDLER ON THE ROOF. This program originally aired in 1986. Recently, legendary writer Harnick celebrated his 97th birthday.

This is ANYTHING GOES, a Celebration of the American Musical Theater--past present and future. I’m your host, Paul Lazarus. Today, the lyrics of Sheldon Harnick.

We’ll be hearing highlights from Sheldon Harnick’s 30-year career in the theater—a career that includes such musicals as FIORELLO!, SHE LOVES ME, THE ROTHSCHILDS and FIDDLER ON THE ROOF. Harnick began by writing lyrics for the WAA-MU show, a revue at Northwestern University.

Interview
Harnick: While I was at Northwestern, a performer now known as Charlotte Rae introduced me to FINIAN’S RAINBOW, she had the album. I listened to it and I was just so dazzled and so bowled over, I thought, that’s what I’d like to do. I had written songs at various times, in high school and in the army, but for the first time I thought, that’s a profession I would be proud to be part of. I also met Yip Harburg, who was one of my gods, and still is. Charlotte was doing a piece of material of mine called THE SHAPE OF THINGS. She had managed to get Yip to come in and see her and he liked the material a lot. Yip sent me a card. It showed a harp player playing the harp with his feet. There was no printed message on the card, but Yip wrote, “Dear Sheldon, keep whanging that lyre.” It was a lovely thing to do.

“THE BALLAD OF THE SHAPE OF THINGS” (Charlotte Rae)

Harnick began his professional career by writing songs for shows like THE LITTLEST REVUE, SHOESTRING REVUE and NEW FACES OF 1952. He wrote one of his most famous revue numbers, “The Boston Beguine,” after a trip to Boston.

Interview
Harnick: I had cut through Boston Common and this was 1951 I think. It’s not this way anymore but at that time, walking through the Common was a disquieting experience. It was sleazy, there were a lot of characters lounging around who frightened one. I also was upset because there had been a case of book suppression in Boston. On the way back to New York, I was in a bus and the man next to me had a radio and he was playing songs. I think it was Tony Martin who was singing a song called “Johannesburg.” Big romantic song. I just started giggling because I didn’t know that Johannesburg is actually a very cosmopolitan city, I pictured this collection of mud huts. I started to laugh and I started to immediately out of scorn, I started to construct a parody of this song thinking, well I’ll write a romantic song like that about Boston.

Sheldon Harnick’s first big Broadway hit was the Pulitzer Prize-winning FIORELLO!, which he wrote with composer Jerry Bock. It was based on the life of New York’s famous “Little Flower”—Mayor Fiorello LaGuardia.

Interview
Harnick: Being a Chicagoan, I knew very little about LaGuardia, except I knew the colorful things, that he had gone to fires and that – even in Chicago – I had heard that he read the comic strips during the newspaper strike. But as I began to read about him, I fell in love with this man because of his conviction, his dedication to justice and to as good a life as he could make for the people of New York. He was a remarkable, fighting man. During the writing of the show I always felt that he was leaning over my shoulder and either saying, “yeah that’s good,” or else, “no, no, no, Sheldon you gotta do better than that, that’s not good enough.”

Harnick had to audition for producer Hal Prince before being hired as lyricist for FIORELLO!

Interview
Harnick: And I almost didn’t get the job there because when we did “Till Tomorrow,” which was a very unusual lyric for me, I tried to make it as simple and as sweet and as innocent as I could, because it had to sound like a song of 1917. When I auditioned it, I made the mistake of looking into Hal Prince’s face, and as I was singing the release, which paraphrases Shakespeare – “parting is such sweet sorrow” – I couldn’t help but grin. Well, we finished the song and Hal Prince said, “well that song is a put on.” And my face fell, the grin disappeared immediately, I said, “no it isn’t, no it isn’t, really this is a song of the period. In no sense is this meant to be a put on.” He said, “but it is, the audience won’t accept it, they’ll laugh.” Bobby Griffiths said, “no, you’re wrong Hal.” He said, “I remember that period, this song is accurate.” Well they started to argue. My job was in the balance, I was quaking in my shoes. Suddenly, there’s a ring at the doorbell and it was Pete Gennaro, our choreographer. So, Hal Prince looked at me and he looked at Bobby and said, “don’t say anything, don’t say a word.” Pete Gennaro came in and Hal said, “Pete, what do you think of this song? Fellas, don’t say anything, just play the song.” We told him where the moment was, Jerry and I played the song, Peter listened – Peter Gennaro – and he said, “oh that’s 1917. Pure 1917, it’s wonderful.” So, Hal grinned and said, “well you got the job.” And that was the beginning for me really.

This is ANYTHING GOES with Paul Lazarus. My guest today is lyricist Sheldon Harnick.

Interview
Harnick: When I had read the material that covered the period we were working in with FIORELLO!, they mentioned the corruption that came to
light in Jimmy Walker’s administration and the presence of this thing called the Little Tin Box, in which these men had been salting away ill-gotten gains. As a lyricist, I loved the sound of that – little tin box. And I thought, that might be a wonderful idea for a song.

Interview
Paul: You, by the way, are a terrific performer of your own material.

Harnick: Thank you. Modesty aside, at my best I think I’m pretty good. So that I was reviewed for the evening at the Y by John Wilson in the Times. I was very disappointed despite the fact that it was a wonderful review. And he said, “Mr. Harnick has a light, pleasant baritone,” and I expected him to say something like, “not since Pavarotti.”

Here’s Sheldon Harnick singing the title song from his 1963 musical, SHE LOVES ME.

“SHE LOVES ME” (Sheldon Harnick)

One of the highlights of SHE LOVES ME was Barbara Cook’s tour-de-force performance of Harnick and Bock’s song, “Ice Cream.”

Harnick’s remarkable ability to create real people through song was perhaps best demonstrated in the classic score he and Jerry Bock wrote for FIDDLER ON THE ROOF.

Interview
Harnick: Starting with Sholom Aleichem, all of us brought to that show our own deepest feelings about being Jewish. And more than that, at one time, Jerry Bock, Joe Stein, and I, when we were casting around for a title for the show, we wanted to call it “Where Papa Came From.” And it was a feeling about our own forebearers, our fathers and our mothers. Where they had come from, what it must have been like for them. So, it really called on very deep feelings from all of us.

“DO YOU LOVE ME?” (Zero Mostel and Maria Karnilova),

At the 92nd Street Y in New York, Harnick spoke about Zero Mostel’s contribution to the song, “If I Were A Rich Man.”

92 Y
Harnick: “It’s very seldom that Jerry Bock and I have written for stars, we always write for the character in the show. In this case in FIDDLER, by the time we got around to this song, Zero Mostel had already been signed, so the song was written with him in mind. Jerry Bock and I had gone down to see a Hebrew actor’s union benefit. We thought we would maybe find some people down there. And a mother and daughter performed a song, a wordless Hasidic song, all in thirds, and Jerry was so taken with this song that he went home and wrote this tune to “If I Were A Rich Man.” He played it for me doing all these Hasidic sounds. And we thought, ‘wouldn’t it be nice if we could find a lyric that would preserve some of these sounds.’ But so, I couldn’t sing those sounds, so to help myself, I wrote diga-diga-deedle-daydle-dum. And during rehearsal, Zero said, listen is it ok if I do bum-bum-bum, and I said go ahead, I can’t do that but… I would be pleased if you would do that. And so, he did.”

92 Y
Harnick: “Ever since I heard FINIAN’s all those years ago, and thought, how marvelous to be able to say such pertinent things in an entertaining way, that’s what I’ve always tried to do. And tried more and more to be involved with shows that allowed me to say things that were important to me. I’m going to end with a song from THE ROTHSCHILDS. (Audience applause) I knew you wanted me to end. It was written for Mayer Rothschild to sing late in the show, and it’s a song that we feel is absolutely valid coming out of Mayer Rothschild’s mouth at that point in the show, but we also felt it said other things about minority problems. And that’s all I’ll say.”

“IN MY OWN LIFETIME” (Sheldon Harnick at 92Y)

You’ve been listening to lyricist Sheldon Harnick. Sound mixing by David Rapkin. Associate producer Jeff Lunden. Anything Goes – Backstage with Broadway’s Best – is produced and hosted by Paul Lazarus. For more information and bonus materials visit AnythingGoesPL.com. If you enjoyed this episode, be sure to rate and follow us. Thanks for listening.

Sheldon Harnick, acclaimed writer of FIDDLER ON THE ROOF, FIORELLO!, SHE LOVES ME, THE ROTHSCHILDS, and more, shares highlights from his oevre. He speaks about his career beginnings after leaving the Army, the advice he got from his idol, E.Y. “Yip” Harburg, and how he almost didn’t get the job writing for FIORELLO! Harnick talks about Jerome Robbins, finding the overall theme of FIDDLER ON THE ROOF, and writing specifically for a star: Zero Mostel. Harnick also sings several of his own songs.
Featured songs: “Politics and Poker,” “Little Old New York,” “What Makes Me Love Him,” “Garbage,” “No Song More Pleasing,” “The Ballad Of The Shape Of Things,” “The Boston Beguine,” “Unfair,” “Till Tomorrow,” “Little Tin Box,” “She Loves Me,” “Ice Cream,” “Sunrise, Sunset,” “Do You Love Me,” “If I Were A Rich Man,” and “In My Own Lifetime.”
Originally produced and broadcast in 1986. For more information go to AnythingGoesPL.com or BPN.FM/AnythingGoes. Theme music arranged by Bruce Coughlin. Sound mixing by David Rapkin. Associate producer Jeff Lunden. Anything Goes – Backstage with Broadway’s Best – is produced and hosted by Paul Lazarus.
Learn more about your ad choices. Visit megaphone.fm/adchoices