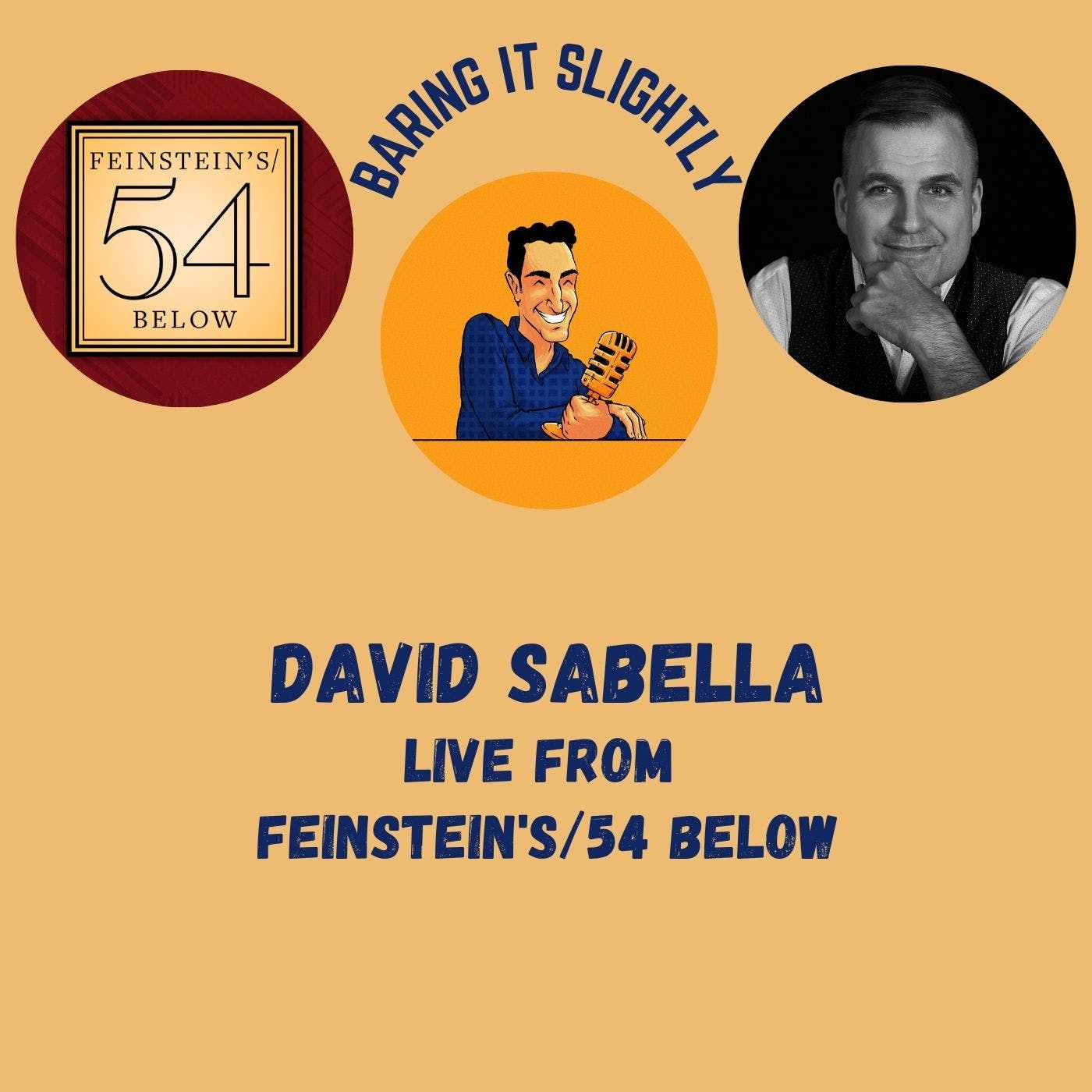 David Sabella is known for originating the co-starring role “Mary Sunshine” in the 1996 Broadway revival of Chicago The Musical, which is Broadway’s longest running American Musical. Celebrating its 25th anniversary, David brings his show David Sabella Sings Kander & Ebb: 25Chicago25 to Feinstein’s/54 Below on November 17 at 7pm.

In this short form interview, David Sabella is Baring It Slightly.

David Sabella has enjoyed a long & varied career in performance.

In 1996 he originated the starring role of “Mary Sunshine” in the 1996 revival of CHICAGO, with Bebe Neuwirth, Ann Reinking & Joel Grey. He returned to the Broadway company, to appear with Melanie Griffith as “Roxie Hart” & continued to return, as needed for the Broadway & National Touring Companies, until 2006. He is also appeared in workshops of Kander & Ebb’s last collaboration, The Visit, with both Angela Landsbury & Chita Rivera.

His regional theater credits include: A Little Night Music, Seesaw, Godspell, Merrily We Roll Along, The Gingerbread Lady & The Lisbon Traviata.

As a voice-over artist David worked on several network television cartoon series, including Peter Pan and the Pirates for FOX &Teacher’s Pet for Disney.

David appeared twice on the Rosie O’Donnell Show & has been featured in national magazines such as Opera News, In Theater, Entertainment Weekly, A&U (Cover), OUT, and Next. After the phenomenal success of CHICAGO, David’s personal caricature was unveiled (June 1998) and hangs in the world-famous theater restaurant, Sardi’s.