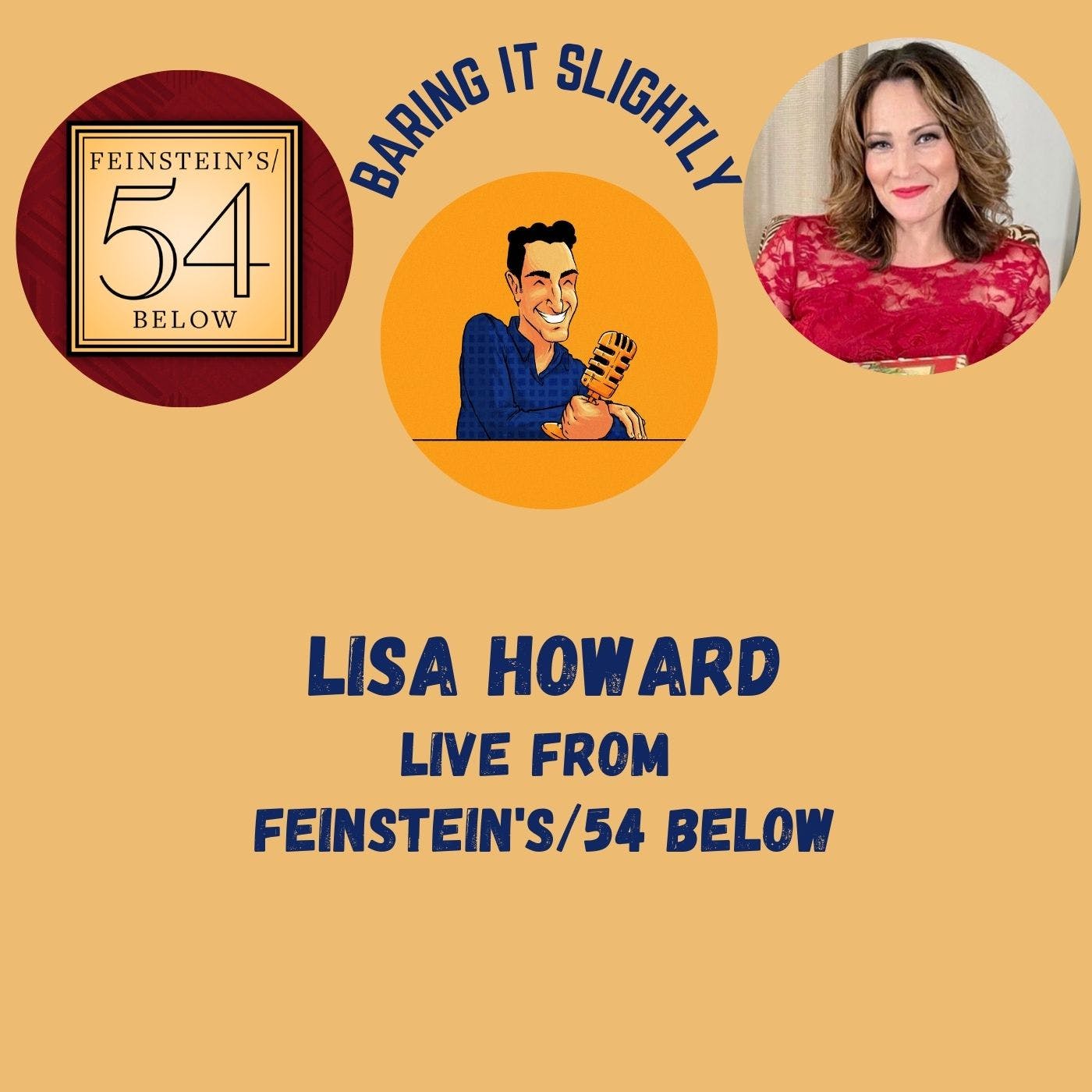 Christmas is the most wonderful time of year. It means different things to different people.

In this short-form interview, Broadway leading lady, Lisa Howard (It Shoulda Been You, 25th Annual Putnam County Spelling Bee, Escape to Margaritaville) is Baring It Slightly about what Christmas means to her, weight loss and so much more!

Lisa Howard brings her brand-new holiday show What Christmas Means To Me to Feinstein’s/54 Below on Sunday, December 12 at 7pm! Click here for tickets!

P.S. Lisa’s new holiday album, The Most Wonderful Time of the Year, is available to stream and download!

Lisa Howard was last seen on Broadway as “Tammy” in the new musical Escape To Margaritaville. Before that, she was a Drama Desk Nominee for her starring role of “Jenny Steinberg” in the musical comedy It Shoulda Been You directed by David Hyde Pierce. Other Broadway roles include “Diva 1” in Priscilla, Queen Of The Desert, “Missy Hart” in the new musical 9 TO 5, “Head Nurse” in Lincoln Center’s revival of South Pacific and “Rona Lisa Peretti” in the 25th Annual Putnam County Spelling Bee, for which she won a Drama Desk Award for Outstanding Ensemble Performance. She has toured with the national company of Les Miserables and performed around the country at such prominent regional theaters as St. Louis MUNY, Olney Theater Center, Goodspeed Opera House, Barrington Stage and Kansas City Starlight.

In the concert scene, Lisa performed her solo show at Feinstein’s/54Below and has made many appearances at the famed Town Hall in NYC as a part of Broadway By The Year & Broadway Unplugged concert series. She has also sung with the Cincinnati Symphony and with Peter Nero and the Philly Pops. Lisa made her feature film debut as “Siobahn” in the Twilight Saga, Breaking Dawn Part 2, and can also be seen in the indie psychological thriller, Decay.

TV credits include: Ugly Betty, Power, Madame Secretary and The Good Fight. Her solo CD, Songs of Innocence and Experience is available on iTunes. Lisa is a graduate of the Cincinnati College Conservatory of Music.