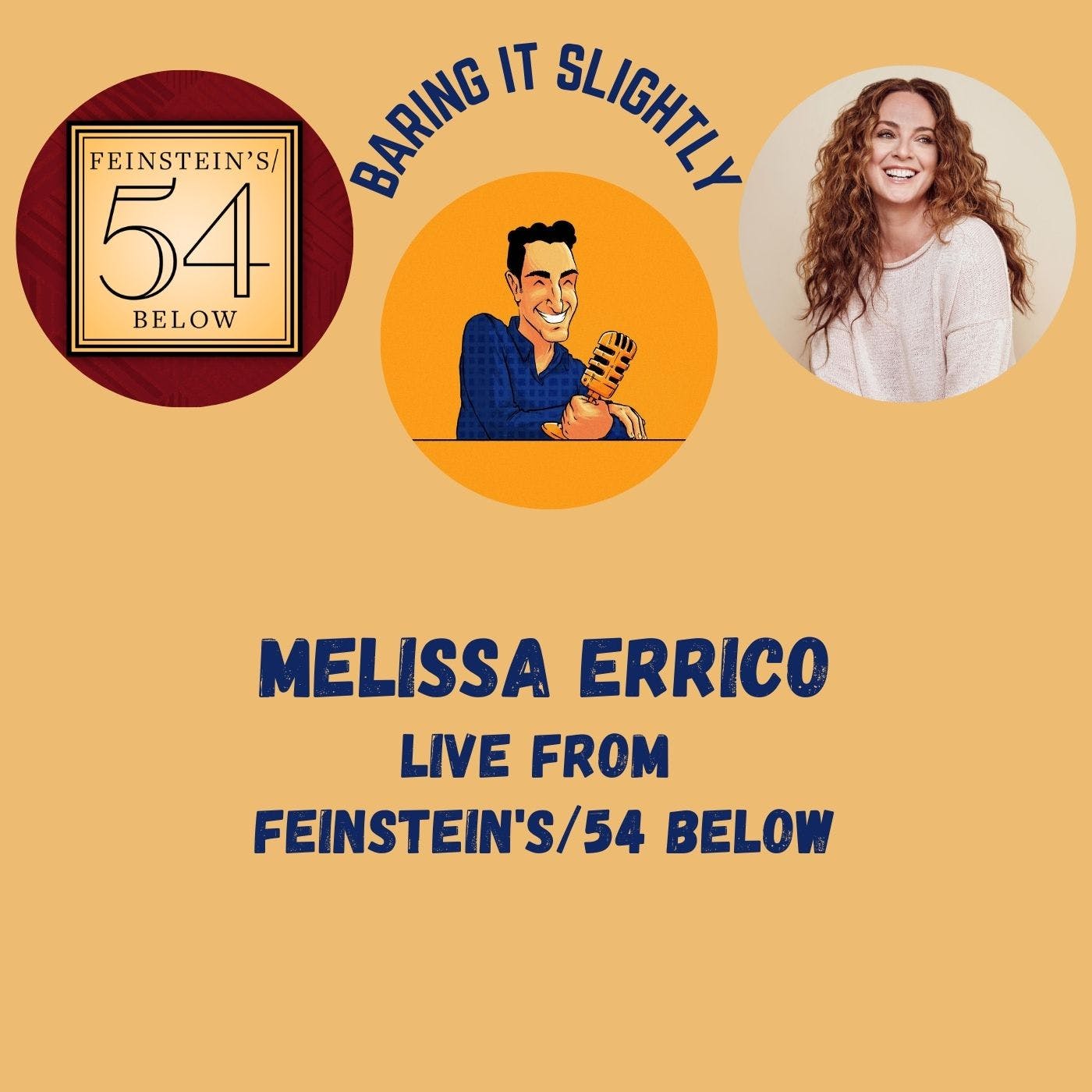 From Broadway to TV to writing for The New York Times, Melissa Errico returns to Feinstein’s/54 Below. In this short form interview, Melissa Errico is Baring It Slightly about her dreams, frustrations & so much more!

First known for her starring roles on Broadway, Melissa Errico has since become a concert, cabaret & recording artist as well; her 2018 album Sondheim Sublime was called by The Wall Street Journal “The best all-Sondheim album ever recorded.” Along with her many appearances singing & playing Sondheim, she is also closely associated with the music of Michel Legrand—having starred in his sole Broadway show, Amour. She was asked to write his eulogy by The New York Times, and was then invited to become the sole American performer to participate in the extraordinary two-day memorial to Legrand held in April 2019 at Paris’s Le Grand Rex Theatre. Her album of Legrand’s music, Legrand Affair Deluxe Edition, appeared in 2019.

In the past few years her gifts & ambitions as a writer have become increasingly expressed, with a series of much-talked-of essays in The New York Times, touching, with wit, wisdom & insider mischief, on the many unseen aspects of the theatrical profession, from the pleasures & pains of being a “terminal ingenue” to the ambiguities of auditioning to the sheer pleasure of being fitted for a costume, post-pandemic. She is currently at work on a memoir that will include & expand on these “Scenes from An Acting Life”, as the Times, in a rubric specially invented for her work, calls them.

As a musical theater actress, she starred on Broadway in such musicals as My Fair Lady, Anna Karenina, High Society as Tracy Lord, Amour (Tony-nominated for Best Actress), Dracula, White Christmas in the Rosemary Clooney role of Betty, & as Cosette in Les Misérables.

Melissa has maintained a constant TV presence throughout her career, starring in Darren Star’s Central Park West, steady guest roles, and most recently playing recurring roles on Showtime’s Billions and Cinemax’s The Knick. She appeared in featured films such as Frequency with Dennis Quaid, Life Or Something Like It as Angelina Jolie’s best friend, Loverboy directed by Kevin Bacon, and others.