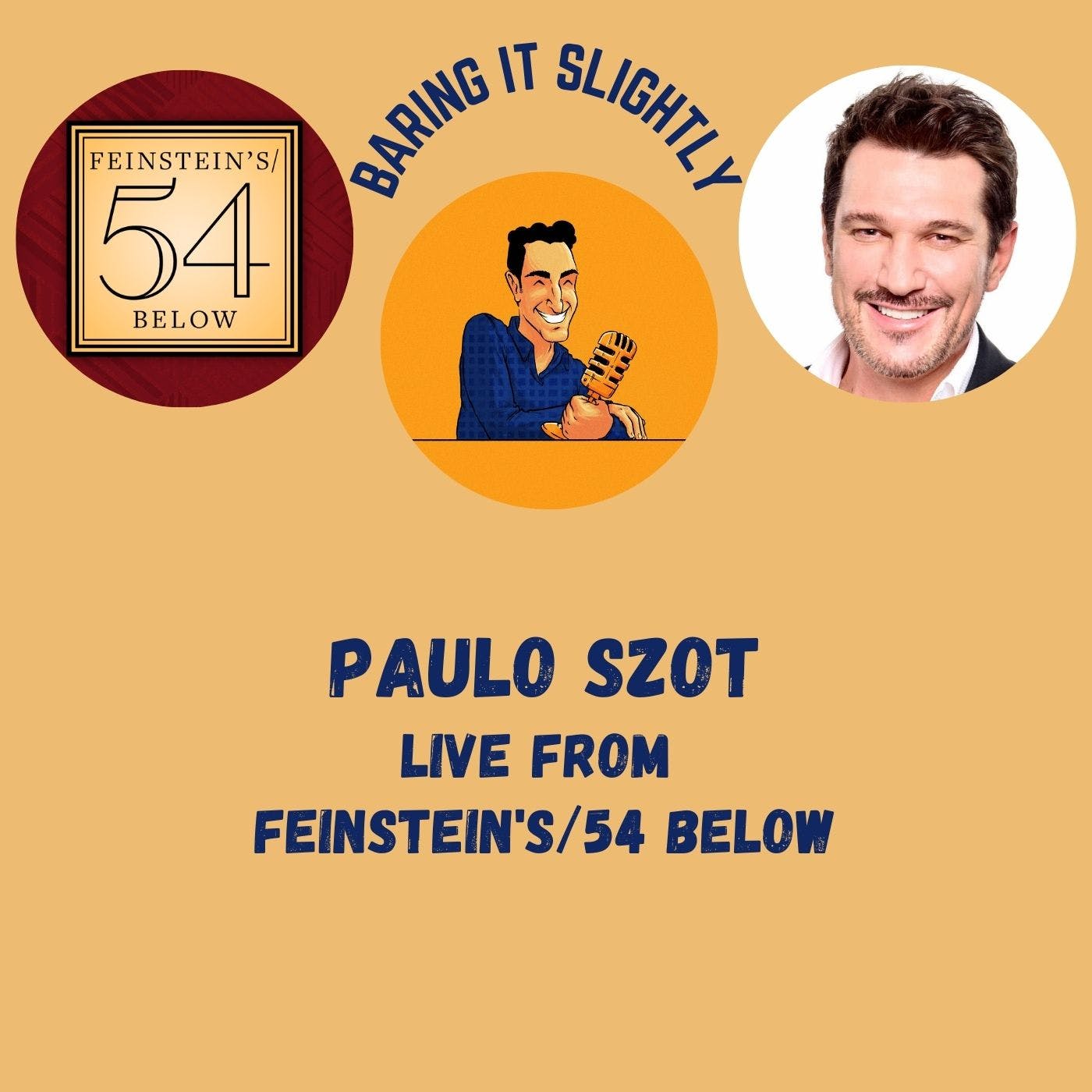 Paulo Szot is an award winning Baritone who has starred in operas & musical theatre productions around the world! Paulo won the Tony, Drama Desk, Outer Critic’s Circle & Theater World Awards for his Broadway debut in Lincoln Center’s revival of South Pacific, co-starring Tony Award Winner Kelli O’Hara. Currently, Paulo is back on Broadway in the Tony Award Winning revival of Chicago The Musical through November 21 as slick lawyer “Billy Flynn.”

Paulo is also celebrating his 10-Year Anniversary of performing at Feinstein’s/54 Below with a week of concerts.

An Enchanted Evening or Una Noche Encantada will play Feinstein’s/54 Below November 24-27. Click here for tickets!

Paulo Szot was born in São Paulo & raised in Ribeirão Pires, Brazil. Paulo studied at the Jagiellonian University in Poland, the country from which his parents had emigrated following World War II. He began singing professionally in 1989 with the Polish National Song & Dance Company Slask. In 1997 he made his operatic debut as Figaro in Il Barbiere di Siviglia in a production of the Theatro Municipal de São Paulo, directed by Enzo Dara & conducted by Luiz Fernando Malheiro.

He has gone on to appear with most major opera companies throughout the world in Europe, the United States, Australia & Brazil.

Paulo made his Broadway debut in the revival of South Pacific at Lincoln Center Theatre, directed by Bartlett Sher. He won the Tony Award, Drama Desk, Outer Critic’s Circle & Theater World Awards for his portrayal, becoming one of a few actors to receive such honors on a Broadway debut.

Paulo appeared in a solo concert in the Allen Room at Jazz at Lincoln Center & several times at New York City’s prestigious Café Carlyle & Feinstein’s/54 Below for a series of critically acclaimed solo performances.

To his native Brazil, Paulo has performed with any of the major orchestras & opera companies including Osesp, TMSP, TMRJ, Teatro São Pedro, Teatro Amazonas, Filarmônica MG, OPES, OMB, OSB, Palácio das Artes, among others. Also, in São Paulo he starred as Henry Higgins in the 2016 revival of My Fair Lady at the Teatro Santander, directed by Jorge Takla.

With more than 70 opera productions in his résumé since 1997, Paulo had his Metropolitan Opera debut in 2010 as Kovalyov in The Nose by Dimitri Shostakovich, conducted by Valery Gergiev and directed by William Kentridge. He returned to the Met for the six following seasons as Escamillo in Carmen (2011), Lescaut in Manon (2012), Kovalyov in The Nose (2013), Dr. Falke in Die Fledermaus (2013/14), The Captain in John Adams’ The Death of Klinghoffer (2014), Dr. Falke in Die Fledermaus (2015/16).

In 2019 Paulo starred in Opera Australia’s Evita as Juan Peron in Melbourne opposite Tina Arena as Evita; the Opera di Roma as Count Danilo in Lehar’s Merry Widow; appeared with OSESP, in Brazil and returned to the Metropolitan Opera House.