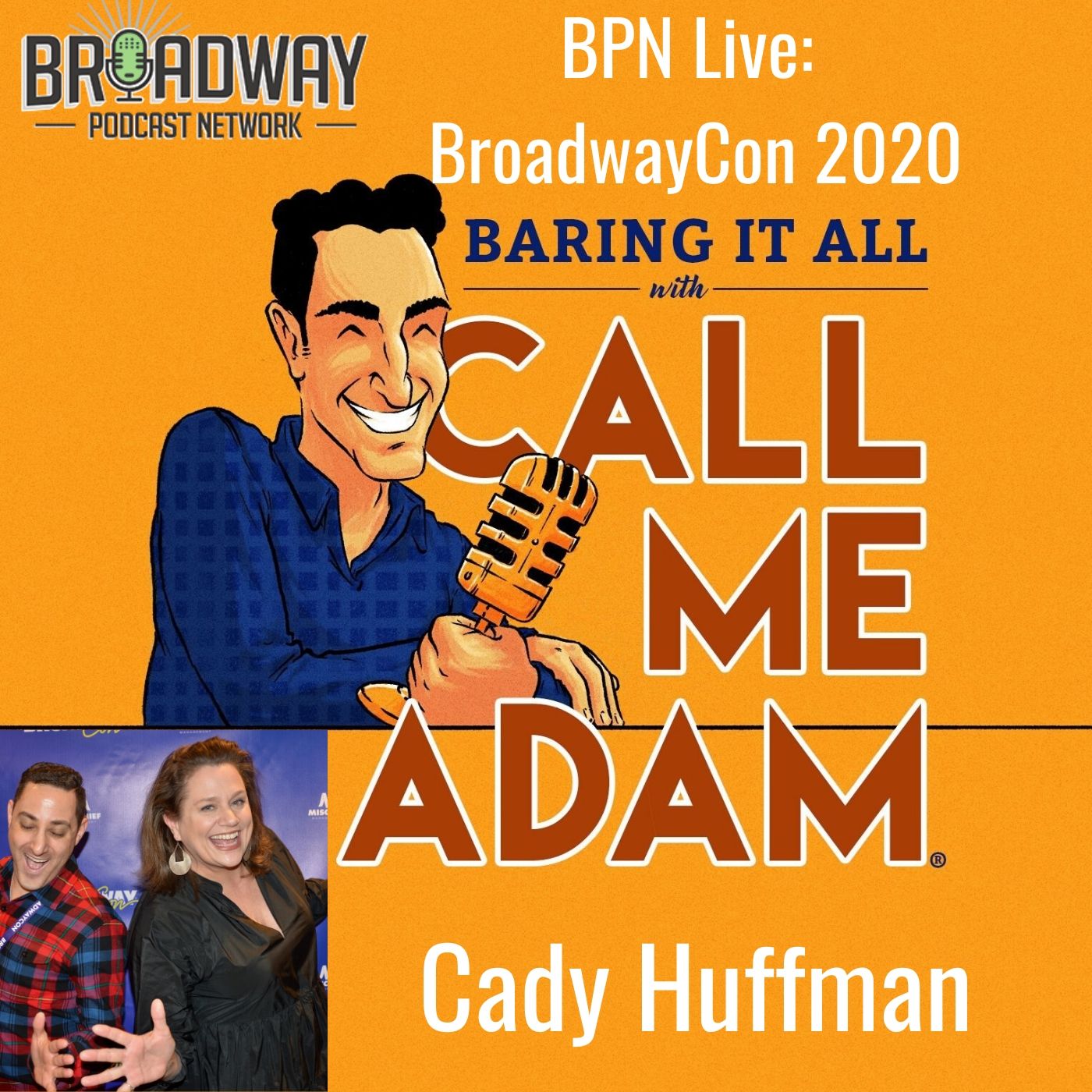 LIVE from BroadwayCon 2020, I am recording a very special episode of Baring It All with Call Me Adam, on the Broadway Podcast Network, with Tony Award Winner and Emmy Nominee Cady Huffman. We discuss her award winning turn in Mel Brooks’ The Producers as well as play a game entitled “Cady Did,” inspired by her new digital TV series of the same name.

Cady is best known for winning the 2001 Tony Award for Best Performance by a “Featured Actress in a Musical” for playing Ulla in Mel Brooks’ The Producers, which starred Matthew Broderick & Nathan Lane. Cady also received a 2019 Emmy Nomination for “Outstanding Supporting Actress in a Daytime Digital Drama Series” for her portrayal of Lisa in Amazon Prime’s After Forever. She just launched her own digital TV series call “Cady Did,” which is available on YouTube.

Cady has been seen on Hulu’s Difficult People, Netflix’s Master of None and on the web series After Forever (for which she received a 2019 Emmy Nomination) and He’s With Me, for which she won the 2016 Indie Series Award for Best Guest Appearance in a Comedy.

Cady recently returned to the Broadway stage in a limited engagement as “Mama Morton” in the Broadway production of Chicago. Previous Broadway credits include the Tony Award winning play The Nance opposite Nathan Lane, for which she received an Outer Critics Circle Award nomination, but she is best known for her Tony, Drama Desk and Outer Critics Circle Award winning performance as “Ulla” in The Producers on Broadway opposite Nathan Lane and Matthew Broderick. This led to her unforgettable recurring role on HBO’s Curb Your Enthusiasm where she almost became Larry David’s 10th anniversary present. This success also brought her to the Food Network’s kitchen stadium where she judged for 10 consecutive seasons on Iron Chef America.

Cady’s other Broadway credits are her Tony-nominated performance as Ziegfeld’s Favorite in The Will Rogers Follies, the original production of La Cage Aux Folles, Steel Pier, Dame Edna: The Royal Tour, and Bob Fosse’s last original musical Big Deal. She has had several guest starring appearances on television, including recurring roles on The Good Wife and Blue Bloods, Madam Secretary, Law & Order: SVU, Law & Order: CI, Law & Order: Trial By Jury, Frasier and Mad About You. She even showed up on Daytime’s One Life To Live as the 2nd Dr. Paige Miller.