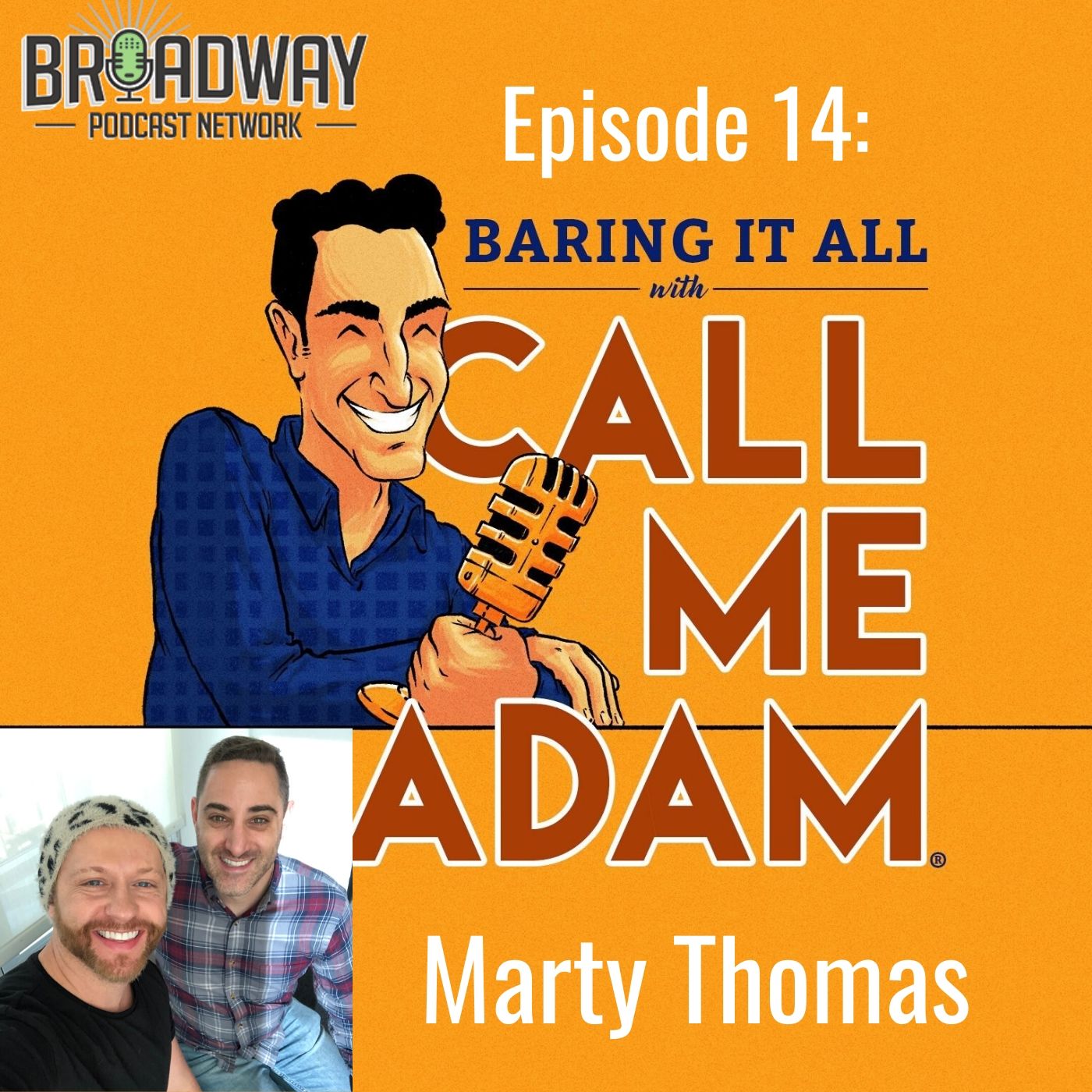 In this episode of Baring It All with Call Me Adam, live from The Green Room 42, I chat with Marty Thomas, known for winning Ed McMahon’s Junior Star Search over then-unknown Britney Spears. He has created a name for himself on Broadway in Xanadu, Wicked and The Secret Garden. On Television, Marty has been seen in Netflix’s Grace & Frankie, and has been a staple of the New York City nightlife for well over a decade.

Today, we chat with Marty about his new album Slow Dancing with A Boy, his album release party on January 5 at The Green Room 42, and we play a game called “Marty Thomas DIVA.”

Marty’s album explores the music of a young closeted man’s coming of age memories, and dares to question the possibility of having lived those memories honestly and openly. Fusing pop and musical theatre music, this album features collaborations with The Voice’s Rachel Potter, Voctave’s Jamey Ray and viral sensation Mykal Kilgore. Whether you want to slow dance with a boy, a girl, or just dance by yourself for a while, this album celebrates love, hope and the healing and redemptive power of music.