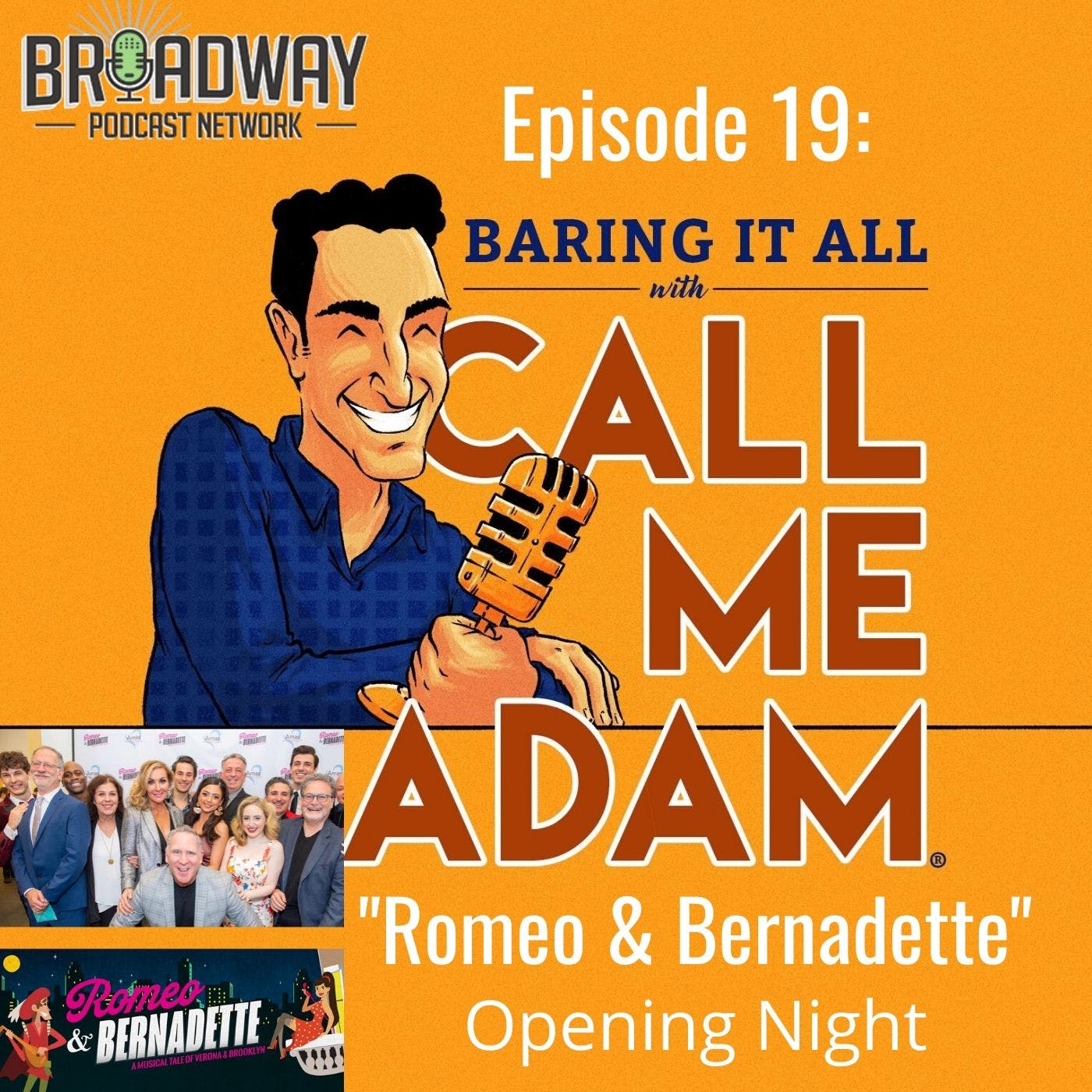 On this special episode of Baring It All with Call Me Adam, recorded at A.R.T. New York’s Mezzanine Theatre in NYC, I am on the red carpet at the Opening Night party of the new original Off-Broadway Musical Romeo & Bernadette chatting with the cast and creative team. Amas Musical Theatre’s Romeo & Bernadette, written by Mark Saltzman, with direction by Justin Ross Cohen, Romeo & Bernadette will play at A.R.T. New York’s Mezzanine Theatre (502 West 53rd Street, just West of 10th Avenue) through February 16 only. Click here for tickets!
Featured in this set of interviews are:

Romeo & Bernadette is about Romeo—yes, THAT Romeo—finds himself in 1960 Brooklyn, chasing a girl he believes is his beloved Juliet. But no, it’s Bernadette, the beautiful, foul-mouthed daughter of a crime family in this wild spoof of Shakespeare’s timeless tale.
Learn more about your ad choices. Visit megaphone.fm/adchoices