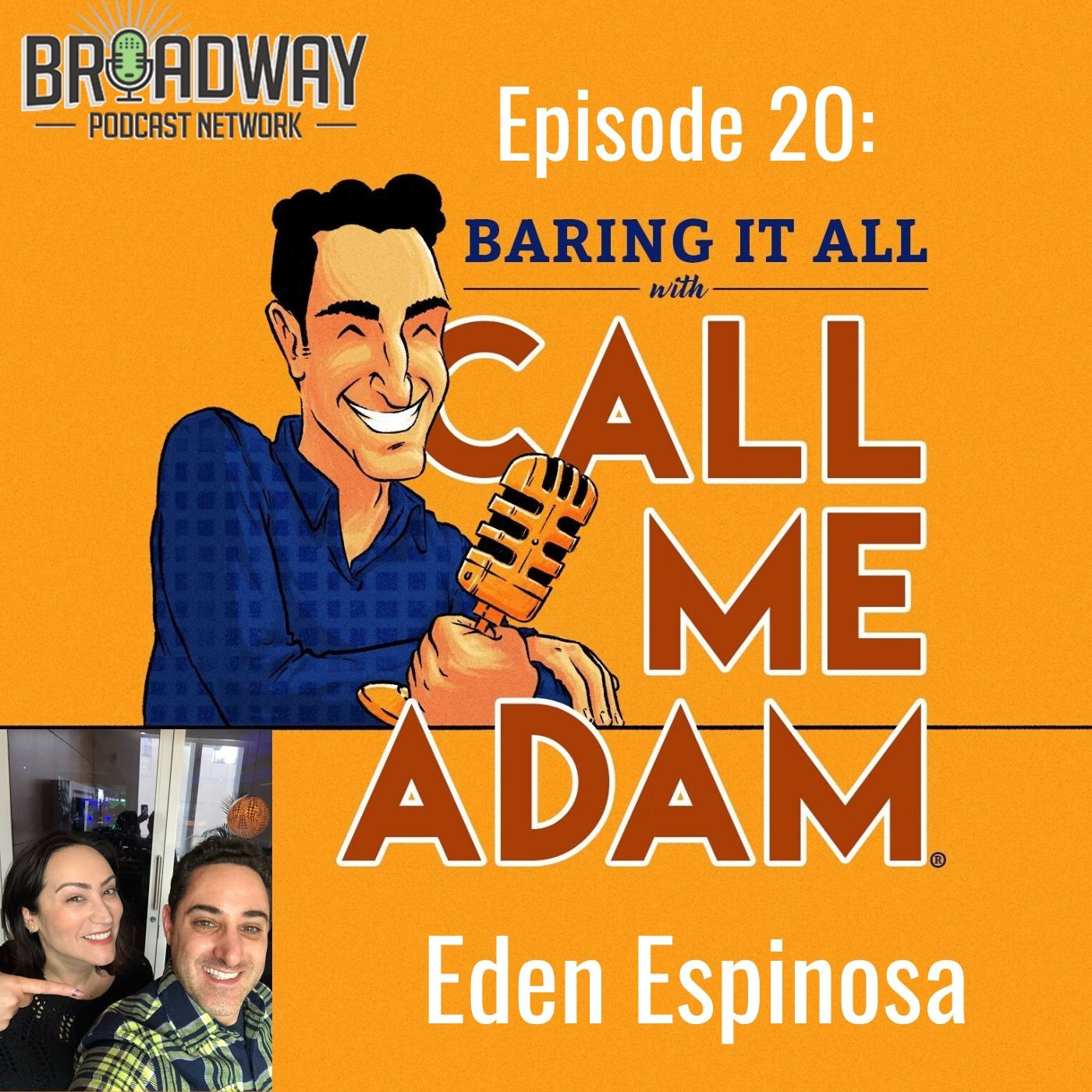 In addition to her upcoming residencyUnplugged & Unplanned, Eden & I play a game based on her sophomore album Revelation + we discussWicked, Brooklyn The Musical, Rent and so much more!

Eden Espinosa is most recognized for her critically acclaimed portrayal of Elphaba in Wicked on Broadway and in Los Angeles and San Francisco.

Other credits include originating the title character in Brooklyn the Musical, Flora in Flora the Red Menace, and Maureen in the closing company of Rent on Broadway. Eden also originated the role of Sadie Thompson in the world premiere of Rain, at the Old Globe Theater. She portrayed Eva Peron in TPAC and Studio Tenn’s production of Evita.

In 2017 she toured Denmark and London playing Emma Borden in the rock musical Lizzie. She played Mary Flynn to rave reviews in Maria Freidmans productions of Merrily We Roll Along at the Huntington Theatre in Boston. Eden was Daniela in Kennedy Center’s In The Heights. Also portrayed Anita in West Side Story for the BBC PROMS at the Royal Albert Hall. Most recently she originated the role of Tamara De Lempicka in the world premiere of Lempicka at Williamstown Theatre Festival, directed by Rachel Chavkin.

Her television appearances include shows such as Law and Order, Ugly Betty, and Elementary. Voiceover credits include Cassandra in the Disney Channel’s Tangled the Series, Robot Chicken, MAD TV, Elena of Avalor, and Titan Maximum Eden’s debut album, Look Around, charted in the Pop iTunes top 50 between Adele and Katy Perry.