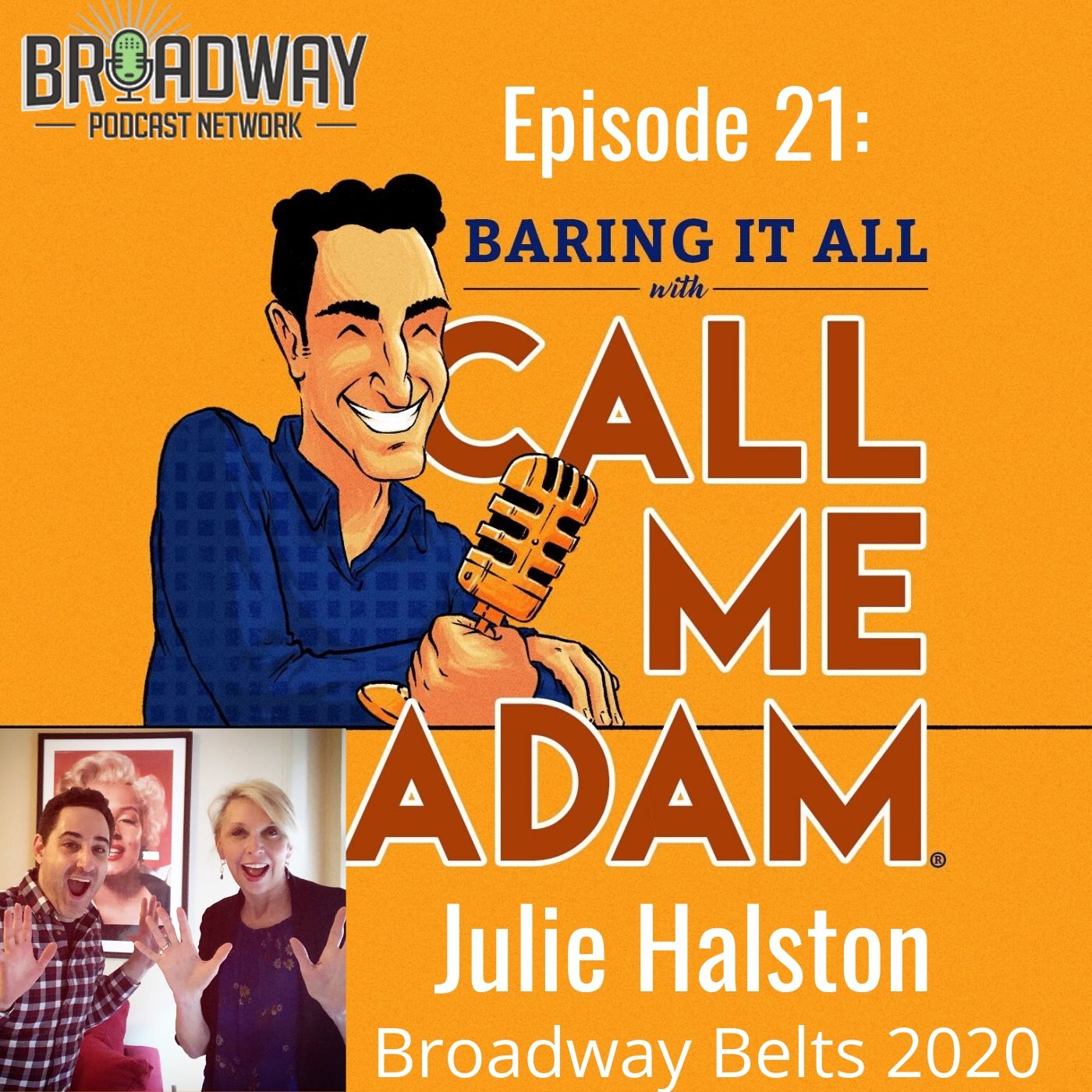 On this episode of Baring It All with Call Me Adam, on the Broadway Podcast Network, I am catching up with the hilarious, award-winning Julie Halston. Today we are talking about the 10th Anniversary benefit fundraiser Broadway Belts for PFF! which will take place on Monday, February 24 at The Edison Ball Room.

Hosted by Julie Halston, Broadway Belts for PFF! helps raise money for the Pulmonary Fibrosis Foundation. Pulmonary Fibrosis is a deadly & complex disease that causes progressive scarring in the lungs. It affects nearly 200,000 Americans annually and 50,000 new cases are diagnosed each year.

Broadway Belts for PFF! is directed by Carl Andress (The Confession of Lily Dare, The Divine Sister) with Christopher McGovern (Cagney) as Musical Director, Ed Windels as Music Coordinator, and Greg Santos as Stage Manager. The benefit is produced for the tenth straight year by D. Michael Dvorchak, Sue Frost (Memphis, Come From Away), Julie Halston and Ed Windels.

Julie Halston was most recently seen on Broadway in the 11-time Tony Nominated Musical Tootsie, directed by Scott Ellis. She also appeared on Broadway Scott Ellis’ revival of George S. Kaufman & Moss Hart’s You Can’t Take It With You, earning the Actors Equity Richard Seff Award as well as Drama Desk Award and Outer Critics Circle Award nominations. She has also been seen on Broadway in On the Town, Anything Goes, Hairspray, Gypsy, and On the Twentieth Century, for which she received an Outer Critics Circle Award nomination.

Julie is a founding member of Charles Busch’s legendary theatre company, Theatre in Limbo, and has co-starred with Charles in numerous productions including Vampire Lesbians of Sodom, The Tribute Artist, and her Drama Desk Award nominated performances in The Divine Sister and Red Scare on Sunset. She was last seen off-Broadway in Richard Greenberg’s The Babylon Line at Lincoln Center Theater. Julie recently starred in both the McCarter Theater Center and Hartford Stage’s sold out productions of Agatha Christie’s Murder on the Orient Express. Regionally, she has appeared in the Huntington Theatre Company’s adaptation of A Confederacy of Dunces and the Kennedy Center production of The Guardsman.

She has appeared on television in a variety of series including Difficult People, Woody Allen’s Crisis in Six Scenes, and Law & Order: SVU. She is best known to television audiences for her roles as Bitsy Von Muffling from Sex and the City and Tina Carmello from The Class. She is a frequent co-host of the Emmy Award winning television series Theater Talk. In addition to her many award winning solo comedy performances, including her off-Broadway hit, Julie Halston’s Lifetime of Comedy, Julie was honored with a Lifetime Achievement Award from the Off-Broadway Alliance.