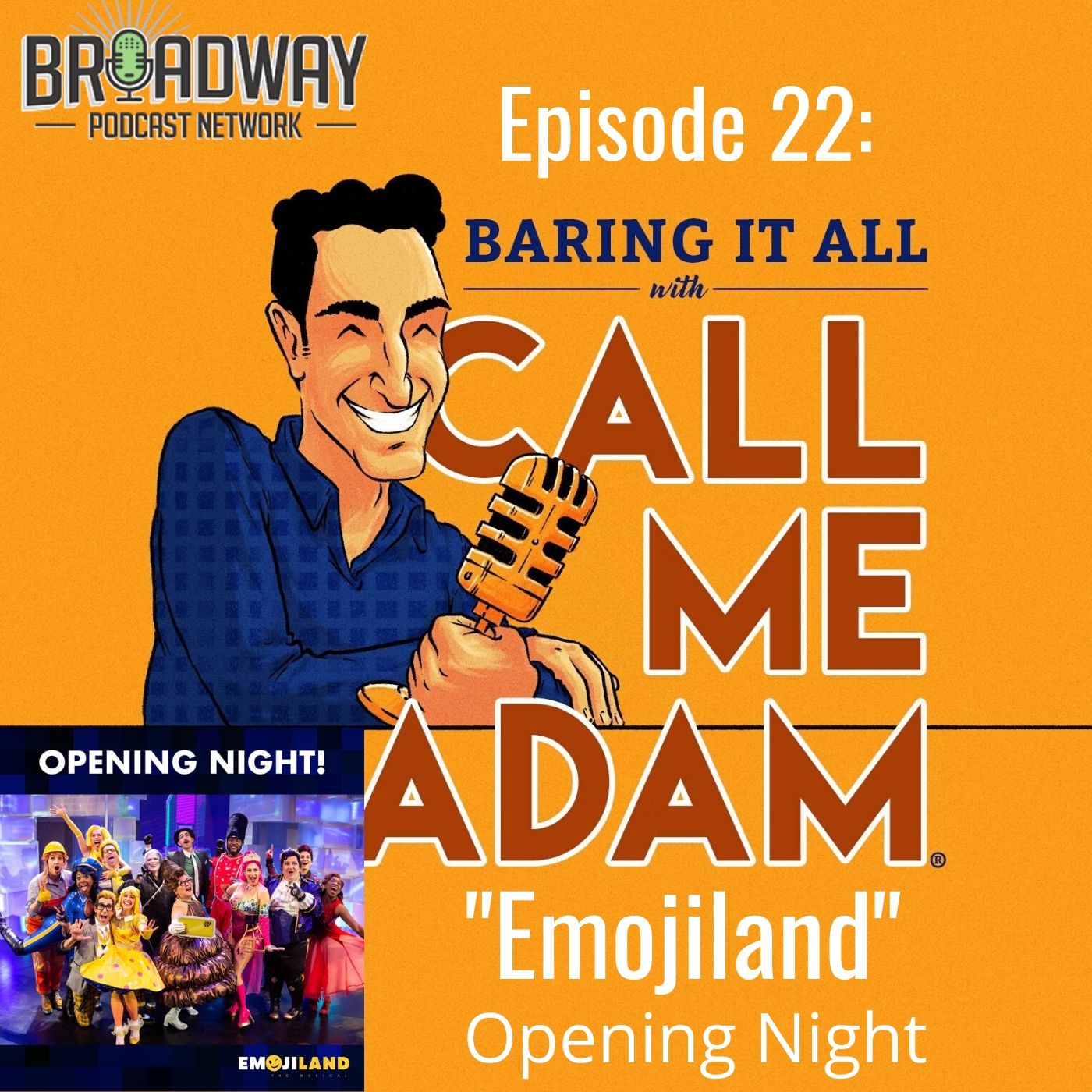 On this special episode of Baring It All with Call Me Adam, recorded at Blue Ribbon in NYC, I am on the red carpet at the Opening Night party of the new hit Off-Broadway Musical Emojiland chatting with the cast and creative team. Emojiland, written by Laura Schein and Keith Harrison, with direction by Tom Caruso, has been extended through March 19 at The Duke on 42nd Street (229 West 42nd Street). Click here for tickets!

Emojiland is an electric ensemble piece about a diverse community of archetypes who take one another at face value: a smiling face dealing with depression; a princess who doesn’t want a prince; a skull dying for deletion; a nerd face too smart for his own good; a face with sunglasses who can’t see past his own reflection; and a police officer and construction worker who just want to work together. When a software update threatens to destroy life as they know it, Emojiland faces the most fundamental questions a society – and a heart – can face: Who are we? And who matters?