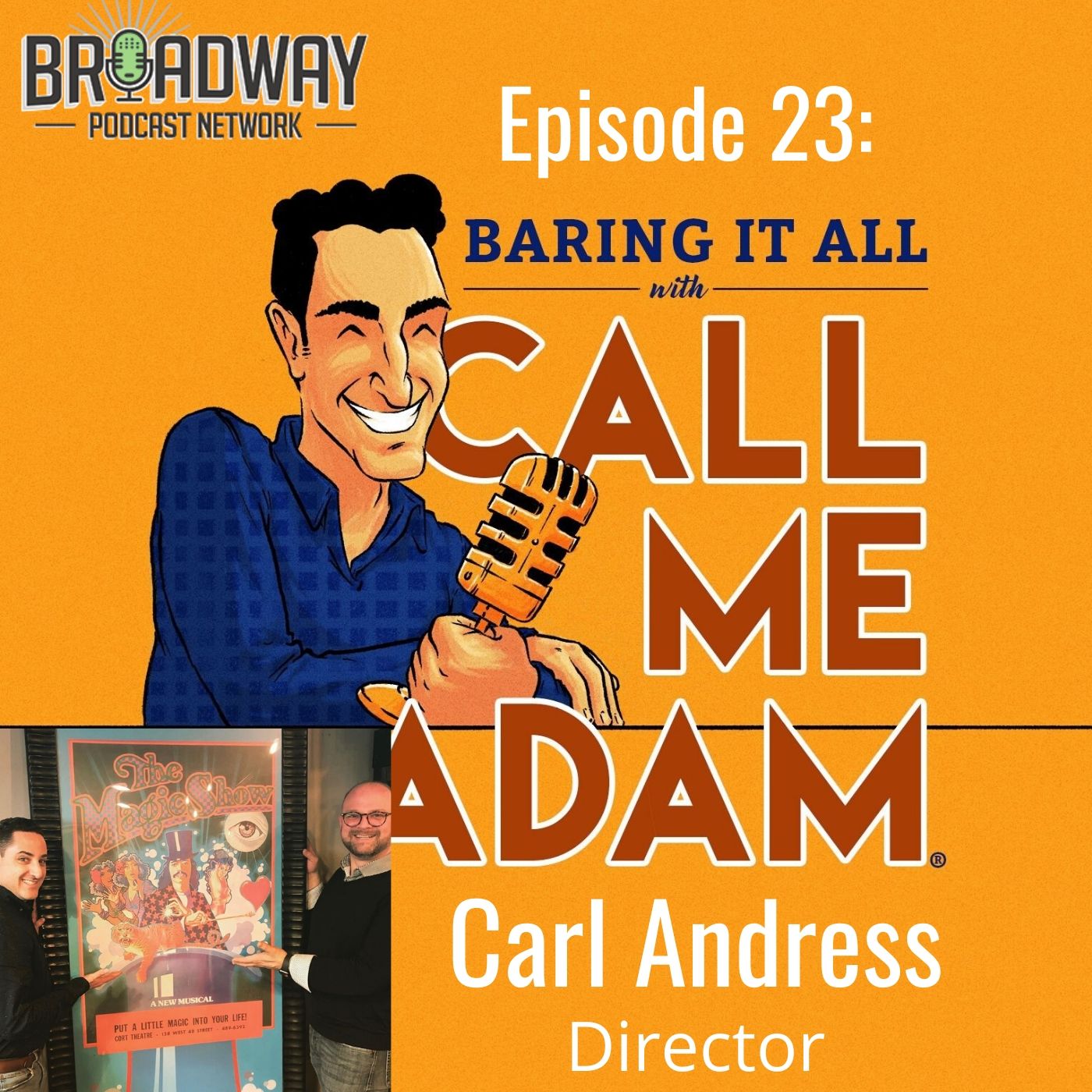 On this episode of Baring It All with Call Me Adam, on the Broadway Podcast Network, I am recording at The Houdini Museum in NYC with Director Carl Andress, whose long time collaboration with Tony nominee Charles Busch is continuing at the Cherry Lane Theatre with Charles’ hilarious new show The Confession of Lily Dare, running through March 5.

The Confession of Lily Dare is part of Primary Stages 35th Anniversary Season. The Confession of Lily Dare tells the story of one woman’s tumultuous passage from convent girl to glittering cabaret chanteuse to infamous madame of a string of brothels—all while hiding her undying devotion to the child she was forced to abandon. This comic melodrama celebrates the gauzy “confession film” tearjerkers of early 1930s pre-code cinema, such as The Sin of Madelon Claudet, Frisco Jenny, and Madame X.

The Confession of Lily Dare will play at The Cherry Lane Theatre (38 Commerce Street) through March 5. Click here for tickets!

The Houdini Museum is located at 213 West 35th Street in Midtown Manhattan.

Other credits include the New York concert premieres of Kander, Ebb and McNally’s musical, The Visit, starring Chita Rivera and John Cullum (Ambassador Theater); Sheldon Harnick and Joe Raposo’s A Wonderful Life (Shubert Theater); Charles Busch & Julie Halston Together on Broadway (Music Box Theater); Mr. Magoo’s Christmas Carol (Actors Fund); The Tale of the Allergist’s Wife (Paper Mill Playhouse; Coconut Grove Playhouse; Royal Poinciana Playhouse); the annual Times Square Angel (Theater for the New City); It’s Not My Fault, It Was On Fire When I Got There (FringeNYC, Theater for the New City); Tenderloin, Harold & Maude, I Love My Wife and The Mad Show (all for “Musicals in Mufti” – York Theater Co.); Here’s to the Girls! and Being Comden & Green (Lyrics & Lyricists – 92nd Street Y); numerous galas and special events, including the annual Broadway on the Boardwalk concert series in Atlantic City, Valley of the Dolls and A Party for Comden & Green for The Actor’s Fund. Carl is also the co-writer and costar of the independent feature, A Very Serious Person (Tribeca Film Festival, available on DVD).