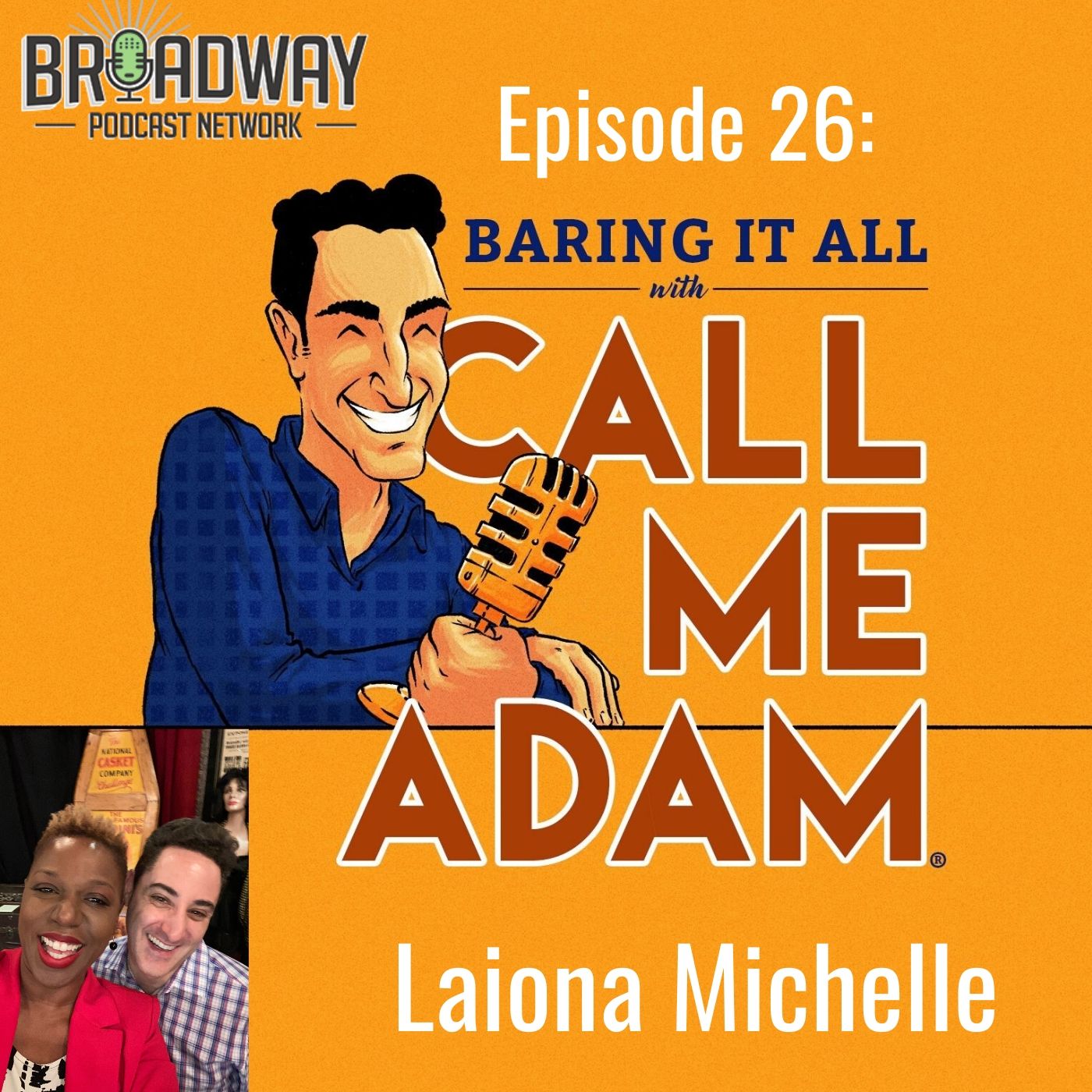 On this episode of Baring It All with Call Me Adam, on the Broadway Podcast Network, I am recording at The Houdini Museum in NYC with writer, actress, and singer Laiona Michelle.

After a triumphant debut in 2018 at the George Street Playhouse, of Laiona’s original musical Little Girl Blue – The Nina Simone Musical, Laiona Michelle will be returning to George Street Playhouse for a one-night only concert to celebrate Black History Month & Women’s History Month, paying special tribute to the life and music of the High Priestess of Soul, Nina Simone. The evening will feature some of Nina’s most iconic hits including “Feeling Good,” “My Baby Just Cares,” and “Little Girl Blue” + a selection of Broadway classics.

In addition to An Evening with Laiona Michelle, Laiona & I also discuss the projected 2021 NYC premiere of her original musical Little Girl Blue – The Nina Simone Musical as well as the development of her Broadway-bound original musical Mandela, a new musical developed in partnership with the Mandela Family, music & lyrics by brothers, Greg Dean Borowsky and Shaun Borowsky, and book by Laiona Michelle.

Laiona Michelle, a native of Springfield, MA, made her Broadway debut as Nanna, a principle role, in the hit musical, Amazing Grace, which opened at the Nederlander on July 16, 2015. Prior to her Broadway debut, Laiona had been on the road, cast in the first national tour of the musical, Book of Mormon, which won nine Tony Awards in 2011.

Laiona’s passion as an actor took a different turn during the run of Amazing Grace, which was written by a first-time playwright. That story captivated the writer’s side of her. And what began with a thought, turned to obsession, and led to a re- discovery of her writing skills, one she now continues to perfect. In 2018, Little Girl Blue – The Nina Simone Musical made its way to the George Street Playhouse, where it had a limited run engagement and played to sold-out audiences, standing ovations and stellar reviews. She has since been commissioned by the Mandela estate to collaborate on a new, Broadway bound, Mandela Musical, based on the South African activist, imprisoned for 27-years, and who was eventually released to become that nation’s president. The musical features music and lyrics by Shaun and Greg Dean Borowsky, and book by Laiona Michelle. It is being produced in partnership with the Mandela family itself, and is scheduled for a New York theatrical – date to be announced.

As an actor, she has been nominated for a number of awards including the Independent Reviewers of New England, Best Lead Actress award (2001, Stonewall Jackson’s House), Laiona is the recipient of the Barrymore and Carbonell Awards (2004, Constant Star), The NAACP Hollywood award (2005, Constant Star) and she was nominated for the Helen Hayes Award (2005, Yellowman).

In addition to her stage work, Laiona has also made appearances on network and cable television in Showtime’s Lift, ABC’s All My Children, NBC’s Law & Order: SVU and Law & Order: CI, The Blacklist as well as Amazon’s, Sneaky Pete (Bryan Cranston and Giovanni Ribisi).