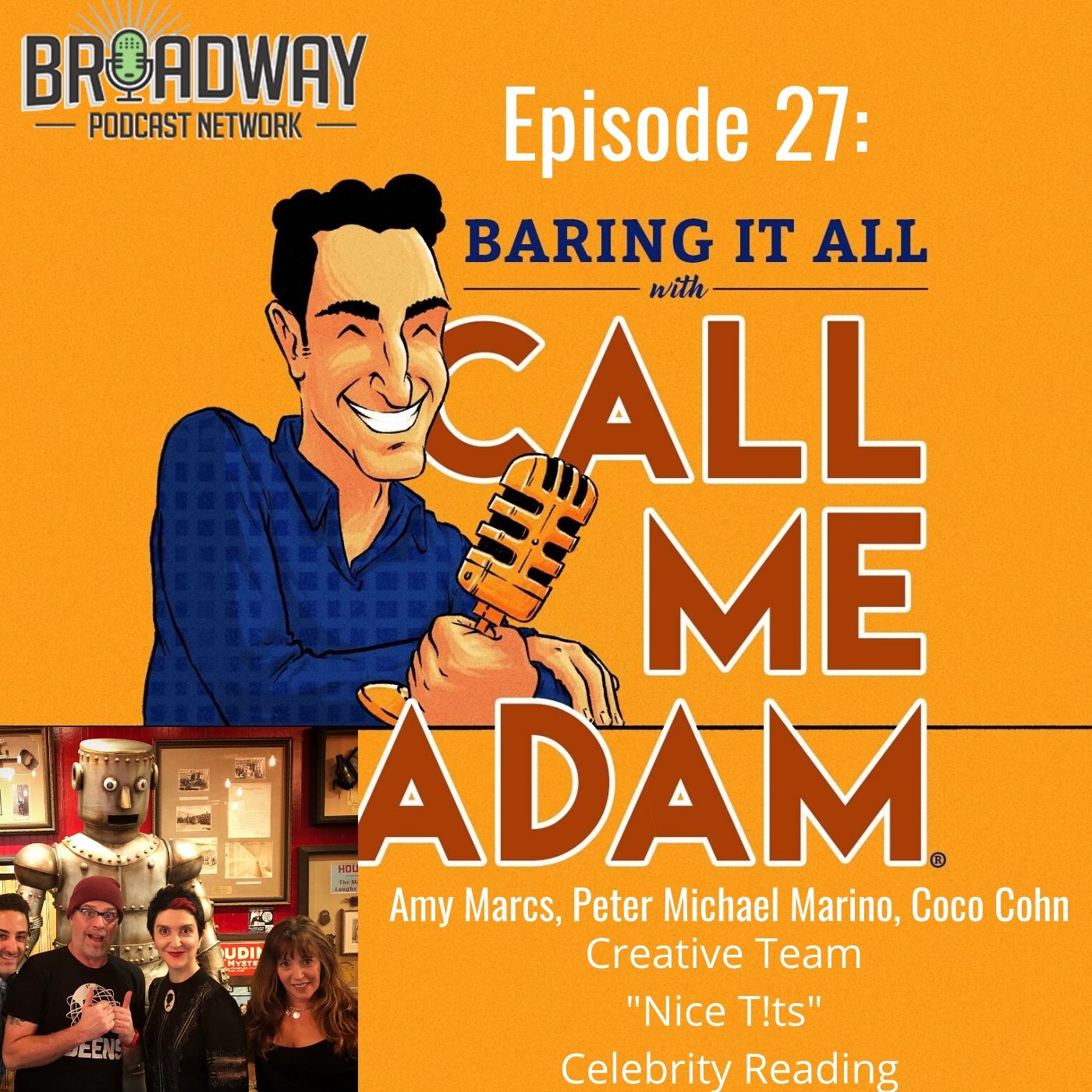 On this episode of Baring It All with Call Me Adam, on the Broadway Podcast Network, I am recording at The Houdini Museum in NYC with the creative team of Nice T!ts Celebrity Reading: Amy Marcs (Writer/Performer), Peter Michael Marino (Original Direction), and Coco Cohn (Celebrity Reading Director).

Amy Marcs’ hit solo comedy show about breast cancer, Nice T!ts has been reconstructed into a Celebrity Reading featuring stars from Broadway and Television, performed in a similar styling to The Vagina Monologues & Love Loss and What I Wore.

I have been a fan of Amy’s show since 2016. Nice T!ts is a poignant and important show about Breast Cancer, survivorship, and strength. While the show focuses on a serious topic, the story is interspersed with lots of humor, humor that has helped Amy get through one of her toughest battles in life.

Starting out as a one-woman solo show, Nice T!ts has gone through many transformations including its latest incarnation as a celebrity reading, After two sold-out celebrity readings (its 2019 premiere and February 2020), Nice T!ts: Celebrity Reading, is back again on March 30 and April 20 at 7pm at The Triad Theater in NYC.