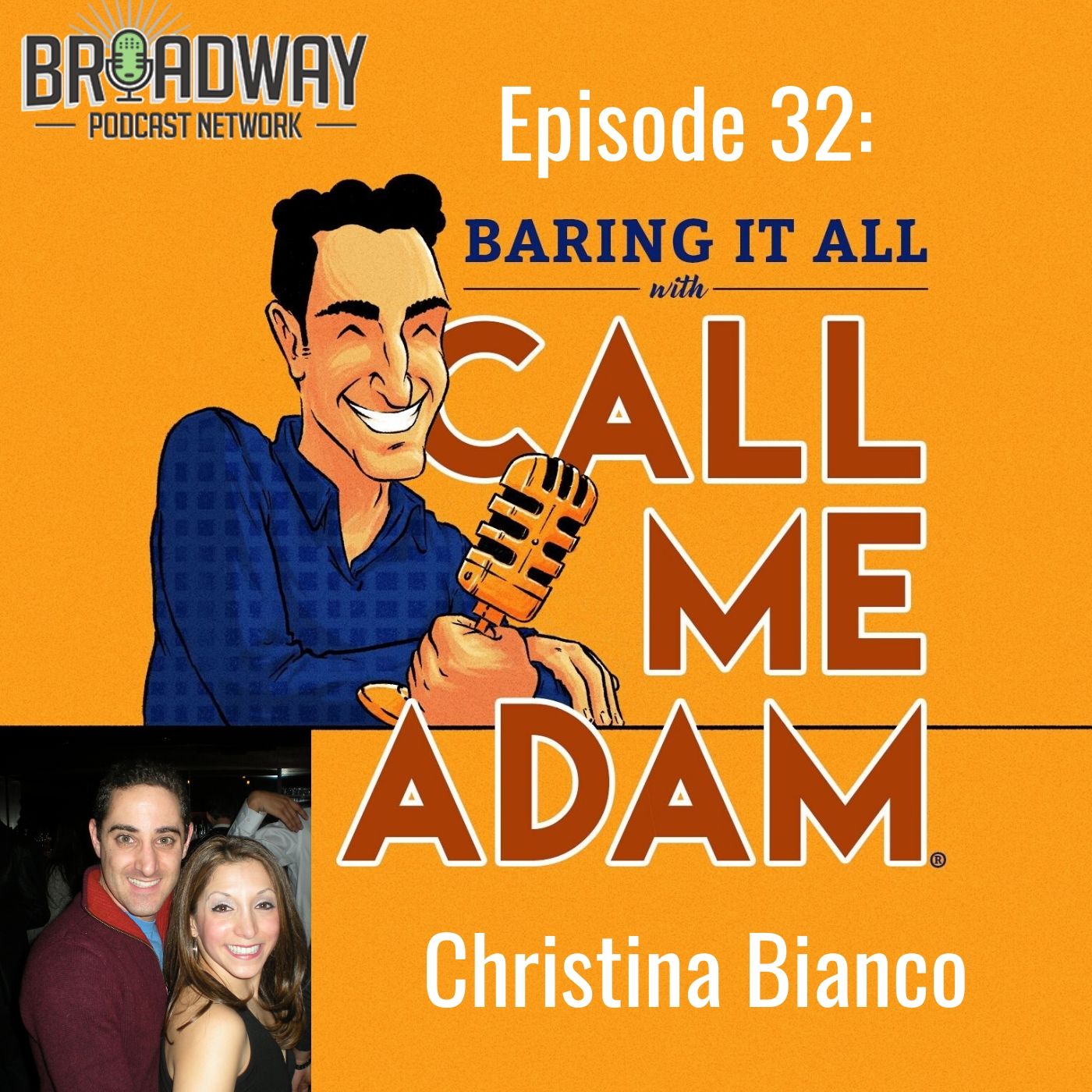 On this episode of Baring It All with Call Me Adam, on the Broadway Podcast Network, I am chatting with actress, singer and impressionist Christina Bianco. We play a DIVAlicious game with “Don’t Rain On My Parade” + we discuss Christina’s triumphant run in Funny Girl at Paris’ Théâtre Marigny & her eventual return to Birdland!

***This interview was recorded at the beginning of the COVID19 pandemic. At the time of recording, we did not know if Christina’s Birdland show Swinging Back to Birdland, originally scheduled for April 20, was going to take place. As of publication, her show has been postponed and we are awaiting a new date****

Christina Bianco’s singular voice and comedic charm have brought audiences around the world to their feet. Bianco captured international acclaim as a YouTube sensation with her ‘diva’ impression videos, gaining over 24 million views. Dubbed ‘the girl of a thousand voices,’ Christina has performed on major television programs such as The Ellen Degeneres Show, The Meredith Vieira Show, The Queen Latifah Show & The Today Show, in the US alone.

As a concert artist, with regular NYC appearances at Birdland, Feinstein’s and Town Hall, Christina has performed her critically acclaimed solo shows to sold out crowds across the U.S. and on luxury international cruise ships. Abroad, she’s enjoyed extended runs headlining at London’s Hippodrome, Royal Albert Hall’s Elgar Room, The Charing Cross Theatre and at The Edinburgh Fringe Festival as well as a 13 city, UK solo tour titled, Me Myself And Everyone Else, and made concert debuts in Australia, Switzerland, Spain and South Africa.

Television credits include the POP TV sitcom Impress Me, Hallmark’s, Signed, Sealed, Delivered and VH1’s I Love The 2000’s.

Christina frequently performs with major US and Canadian symphonies. She recently debuted her solo symphony show, The Woman Of A Thousand Voices, with the Edmonton Symphony Orchestra under the direction of Maestro Jack Everly.

Christina is a life long New Yorker and resides in Manhattan with her husband and their loveable schnoodle, Jeff.