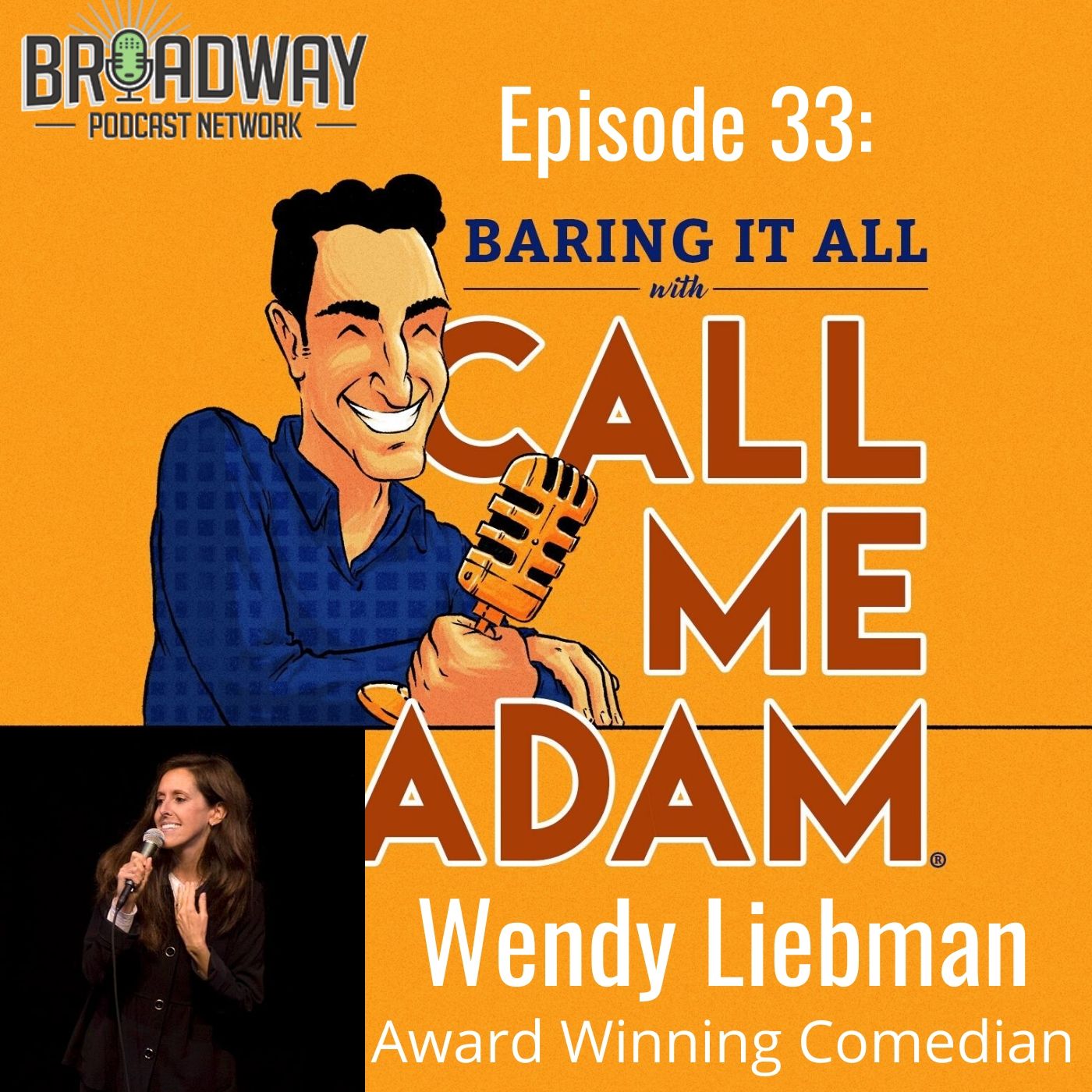 On this episode of Baring It All with Call Me Adam, on the Broadway Podcast Network, I am chatting with award winning comedian Wendy Liebman. We discuss how Wendy uses her humor to get through tough times. We also talk about Wendy’s venture into writing a musical comedy.

Wendy was a semi-finalist on America’s Got Talent in 2014, Season 9. She has also been seen on David Letterman, NBC’s The Tonight Show with both Johnny Carson and Jay Leno, CBS’ The Late Late Show with Craig Ferguson, ABC’s Jimmy Kimmel Live!, and has had comedy specials on both Showtime and HBO. Her comedy special Taller on TV is available on Amazon Prime.