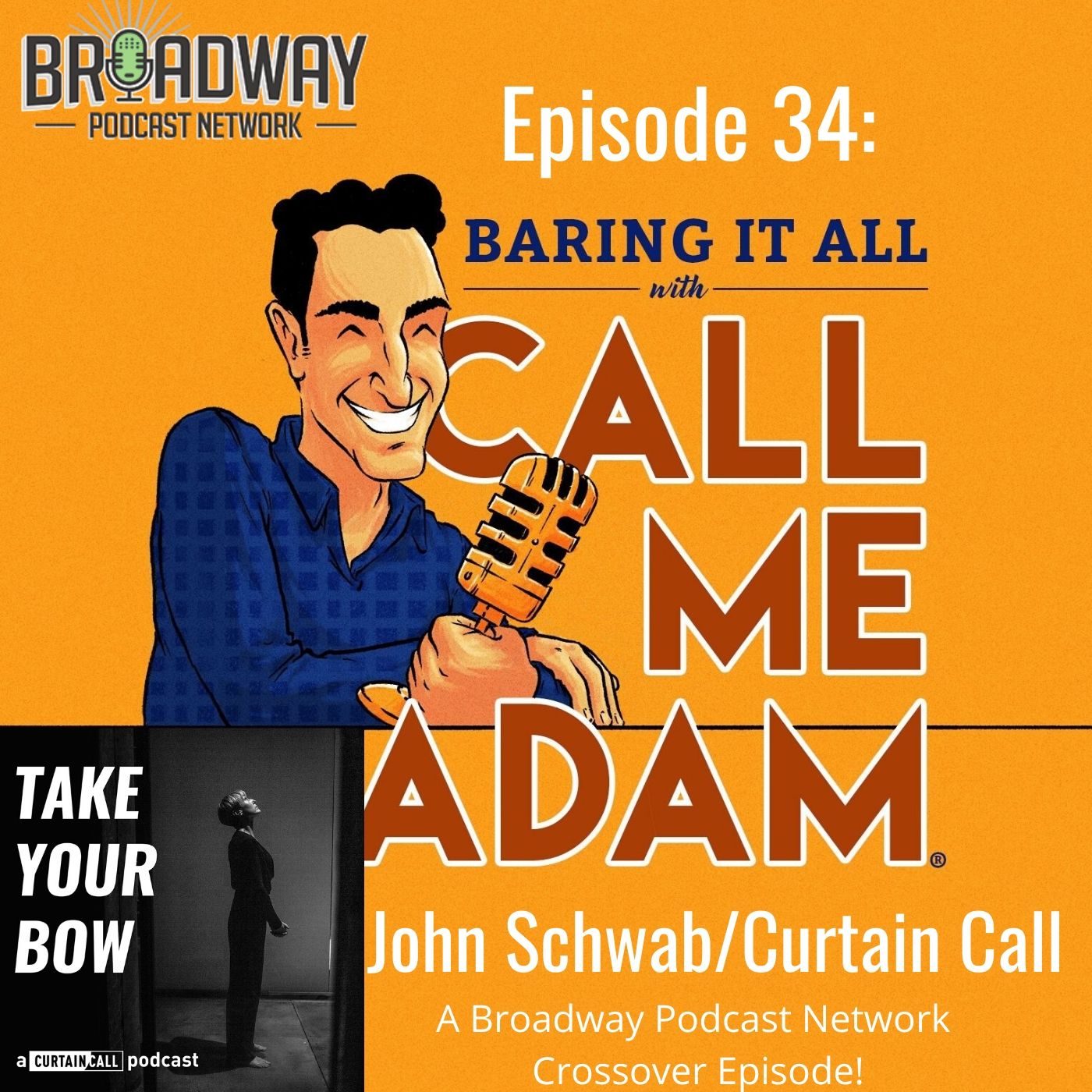 In this special crossover episode between Baring It All with Call Me Adam and Curtain Call, both on the Broadway Podcast Network, fellow podcaster John Schwab & I interview each other about how our podcasts came to be. I also chat with John about his acting/directing career which includes working with Hilary Swank, Jeff Goldblum, and a pre-disgraced Kevin Spacey.

For my interview on John’s podcast Curtain Call: Take Your Bow, click here!

John Schwab (writer/co-creator/host/co-host/producer) is a London based actor, director and producer. His West End credits include Yellow Face, The Complete Works of William Shakespeare (Abridg’d), Six Dance Lessons in Six Weeks. He’s performed in more than 120 theatres across the UK.

He’s popped up on the big screen in Jurassic World: Fallen Kingdom, Zero Dark Thirty among others and on the smaller screen he was recently as a series regular in Trust (Danny Boyle, FX) as Lang Jeffries, Dark Mon£y (Lewis Arnold, BBC) as Jotham Starr and will be in the Netflix Series The Queen’s Gambit as Mr. Booth in the fall 2020.