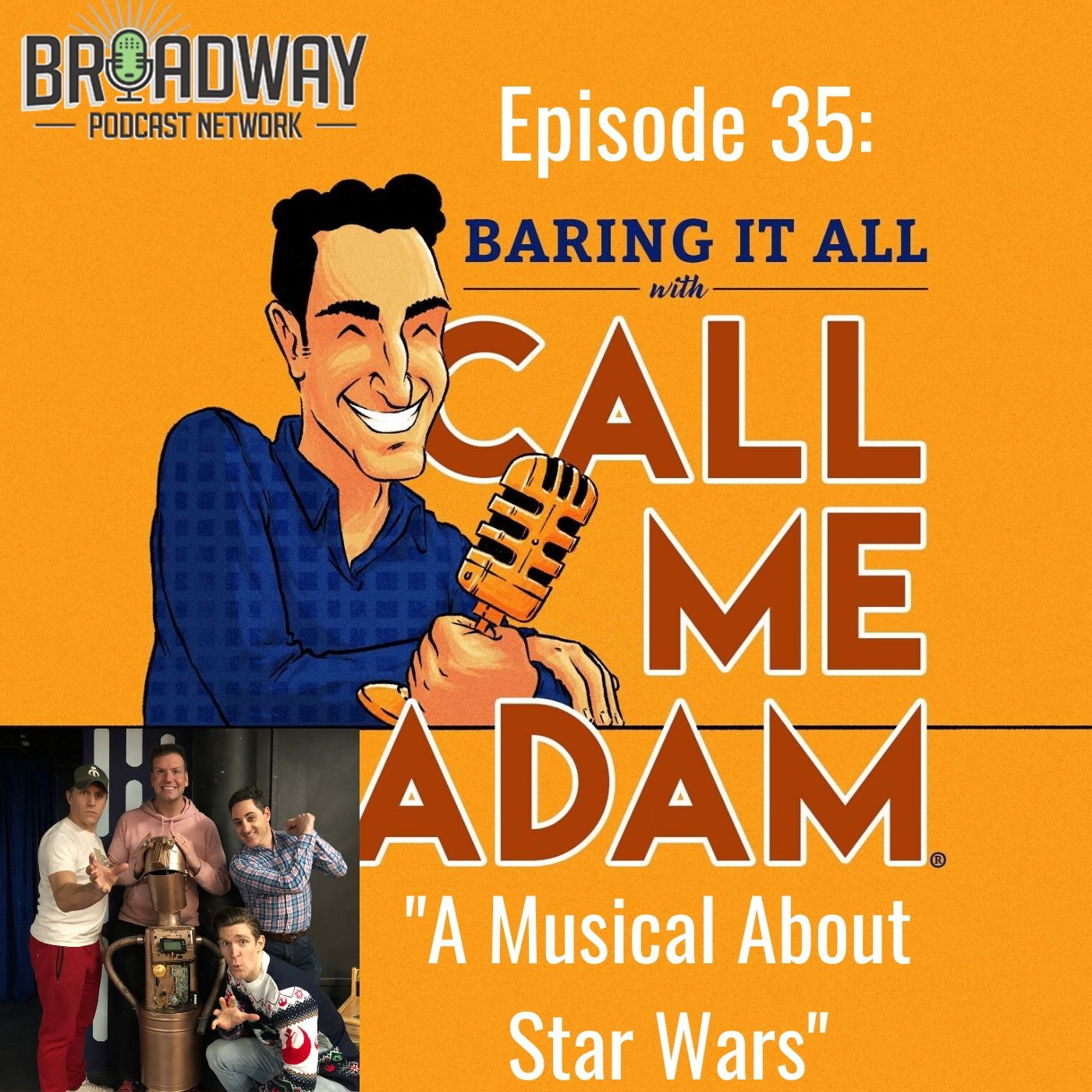 Episode #35: “A Musical About Star Wars”

****This interview was recorded prior to the Broadway Shutdown due to the COVID-19 Pandemic. The show is currently on hiatus until the quarantine is lifted****

A long time ago, in a galaxy far far away…

A Staten Island Blockbuster Video to be exact…

Two stars wars fanatics, Scott and Taylor, write the most epic Star Wars musical ever! On their endless quest to perform it at Comic Con – a certain restraining order, that we won’t mention, stands in their way – they have opted to perform it on the glamorous Off-Broadway stages instead! However, dark forces are looming over their production, and her name is Emily.

Taylor Crousore plays himself (Taylor) in the new Off-Broadway musical comedy A Musical About Star Wars, which he co-wrote the book for and recently did the original cast recording of. (Note, this is purely an informational bio and not in any way an advertisement for the cast album of A Musical About Star Wars, which is available for purchase on Broadway Records, Amazon or Apple iTunes).

Other Off-Broadway credits include NEWSical The Musical, Forbidden Broadway, and the revival of When Pigs Fly. Regional credits include TheatreWorks Silicon Valley, Pride and Prejudice (Wickham), North Shore Music Theatre, Beauty and the Beast (Gaston), Rocky Mountain Repertory Theatre, Peter Pan (Captain Hook), and Indiana Festival Theatre, The Music Man (Harold Hill). Taylor was awarded National Best Comedy at the CMF film festival for the comedy short he wrote and starred in SheetWOW, which was screened at the Cannes Film Festival. He earned his BFA from Indiana University and is currently sitting at home with his dogs in self quarantine while you read this.

Most recently seen in Clint Black’s Looking For Christmas at Jabba’s Palace at the Old Globe in San Diego, Scott is glad to be back working in the temperate climate of Coruscant. Broadway credits include Gettin’ The Band Back Together, and Brooklyn The Musical. Off-Broadway Credits include NEWSical, Forbidden Broadway (2 editions), Power Ballads and Scott was set to star opposite TK-421 in True West but he never showed up on opening night. Scott made the Kessel Run in 13 parsecs. Not bad right?! TV credits include Shades of Blue, Blue Bloods, Turn, and the instructional film, So You’ve Been Hired By The Death Star. Thanks to Tom for getting this done, and for all my buds for being silly with me every night!