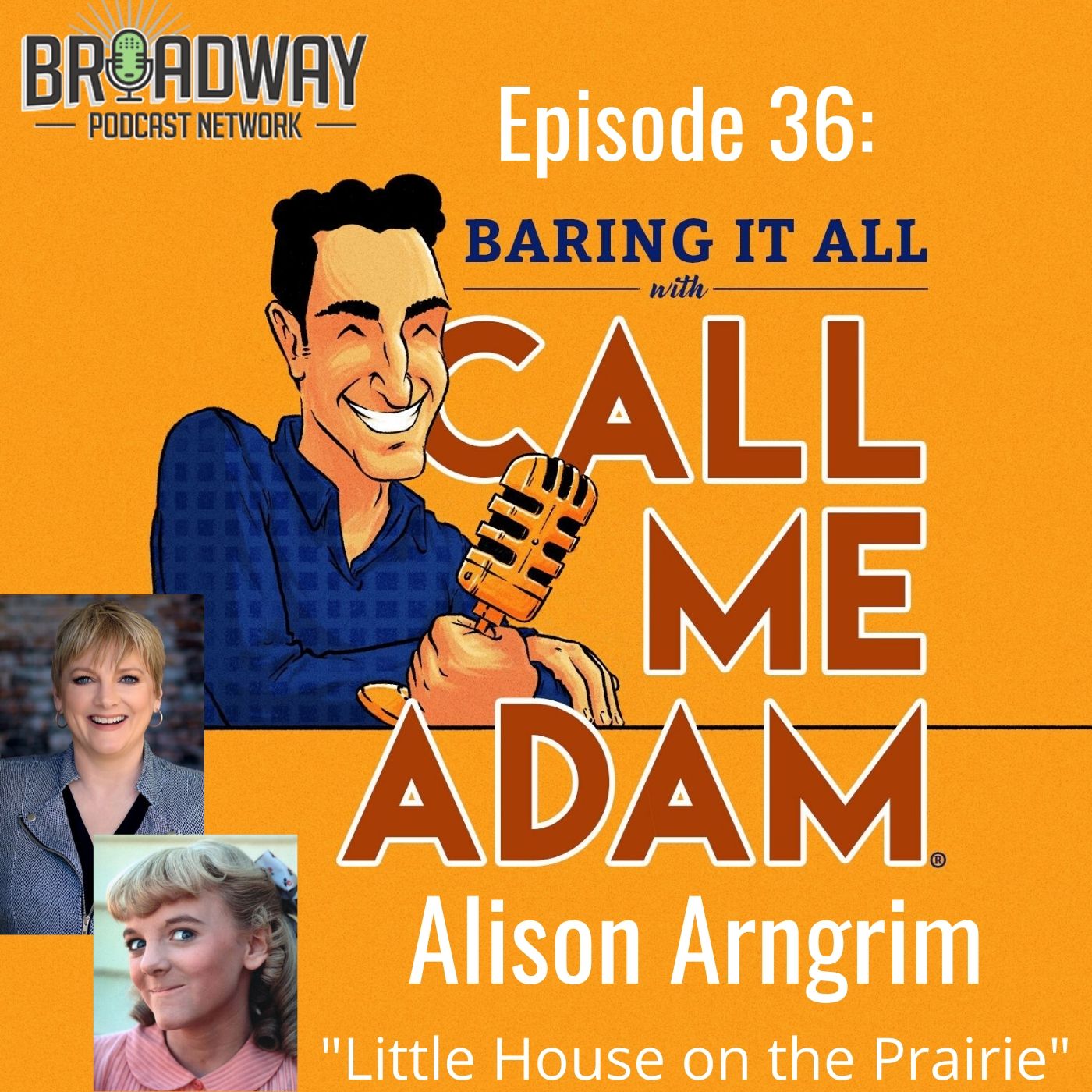 On this episode of Baring It All with Call Me Adam, on the Broadway Podcast Network, I am chatting with Alison Arngrim, former child star, outspoken activist, and TV Land Award Winner, best known for playing acid-tongued, pre-Midol meanie Nellie Oleson from Little House on the Prairie.

Confessions of a Prairie Terror will be streamed on May 9 at 8pm EST/5pm PST and May 16 at 11pm EST/8pm PST ONLY. Tickets can be purchased at StageIt: May 9 Tickets & May 16 Tickets

New York Times Best Selling author of Confessions of A Prairie Bitch: How I Survived Nellie Oleson and Learned to Love Being Hated, Alison Arngrim is best known to viewers world-wide for her portrayal of the incredibly nasty “Nellie Oleson” on the much loved, long running hit television series Little House On The Prairie, and continues to amuse audiences through her many film, television and stage appearances.

Her one woman show Confessions of a Prairie Bitch, which started at Club Fez in New York in 2002, has now become a world-wide phenomenon, having been performed to packed houses in New York, Los Angeles, Boston, Chicago, San Francisco, Seattle, and in France, where Alison performs entirely in French to standing room only crowds in her all French version titled: Confessions d’une Garce de La Prairie.

In 1986 when her friend and “Little House husband” co-star, Steve Tracy, passed away due to complications of HIV/AIDS, Alison began volunteering at AIDS Project Los Angeles. Her duties ranged from working on the Southern California AIDS Hotline and the APLA food bank, to chairing the steering committee of the volunteer speakers bureau and developing “Safer Sex” workshops. She has provided AIDS education to doctors, nurses, prison inmates, service clubs, churches, department stores and schools, written AIDS education articles for the magazines Frontiers and Designers West, and spent seven years hosting the APLA educational cable television show, AIDS Vision. In 1992, Joel Wachs presented Alison with a resolution by the Los Angeles City Council commending her on her work on behalf of people living with HIV and AIDS.

From 1989 through 1993 she served as Program Manager at Tuesday’s Child, an organization assisting children and families affected by HIV and AIDS. From 1989 through 2003 she served as both hostess and producer for the comedy stage at the AIDS Project Los Angeles Annual Summer Party, where she helped to raise hundreds of thousands of dollars for people living with HIV.

She currently serves as California Chair, National Spokesperson and Founding Board Member on the National Advisory Board of The National Association to Protect Children (www.PROTECT.org), fighting to give children a legal and political voice in the war against child abuse. As an activist for the improvement of child protection laws, she has spoken before the California Senate and worked on legislative and political campaigns in several states, including Virginia and New York, in addition to PROTECT’s work on federal legislation in Washington, D.C.

She takes pride in the fact that so many people enjoyed hating her as a girl and is more than happy to give them the opportunity to do so in the future.