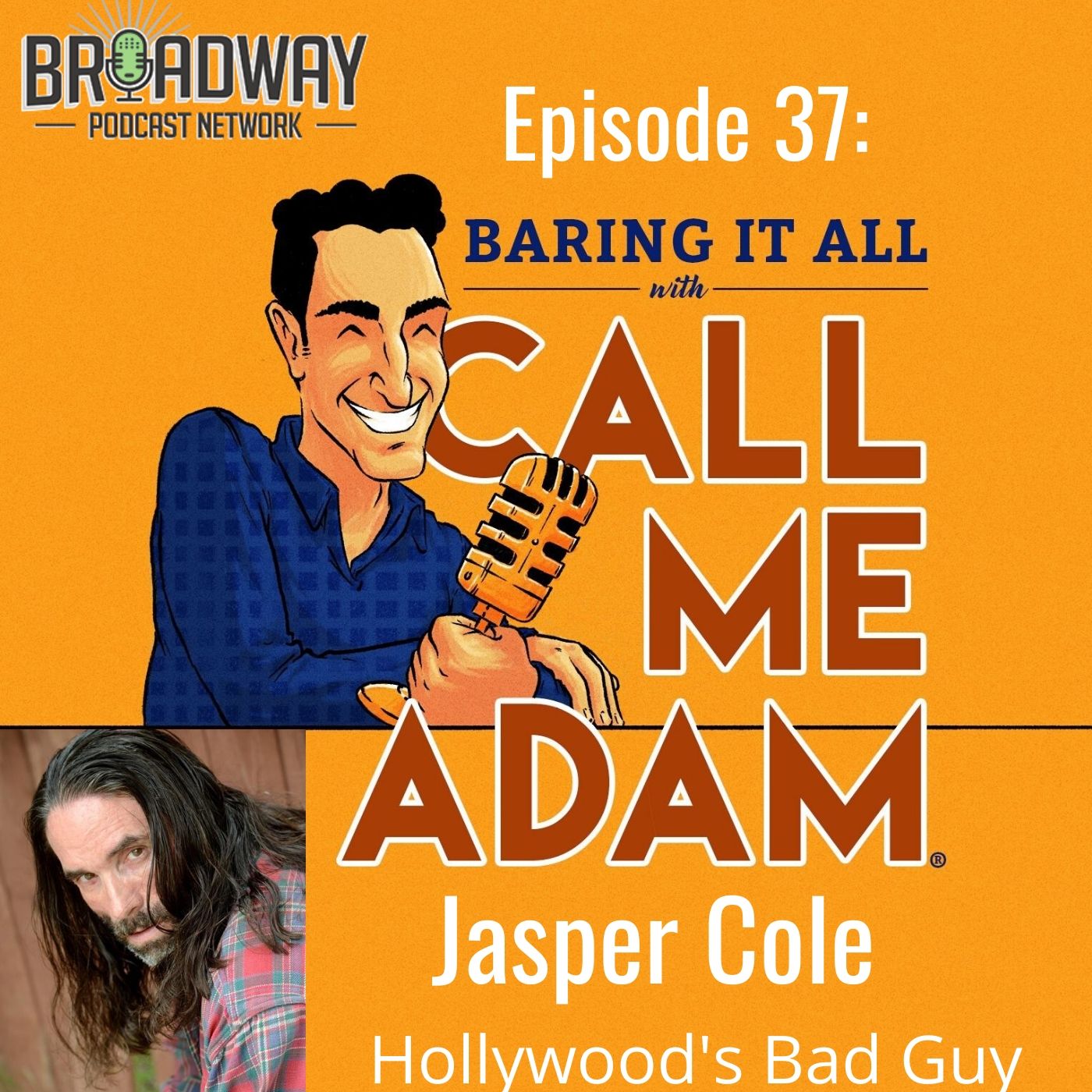 In this special crossover episode of Baring It All with Call Me Adam, I am chatting with “Hollywood’s Bad Guy,” Jasper Cole. First I interview Jasper, for Baring It All with Call Me Adam on the Broadway Podcast Network, about his bad guy reputation, COVID-19, what Jasper is doing to help the homeless problem in LA & beyond, & then we play a game based upon Jasper’s bad guy image.

After my interview, we flip the mic and Jasper interviews me for an episode of One on One with Jasper Cole on BlogTalk Radio. We talk about my childhood, my influences, and the start of my website/podcast.

Jasper Cole was awarded Best Screen Villain by the International Nollywood Film Festival in 2019. As a veteran character actor with over a 100 TV/film credits, Jasper continues his villainous streak having co-starred in the box office smash hit film, The Purge: Anarchy as a “Homeless Man” produced by Michael Bay and Jason Blum, in Captured, as “Shelly” starring Brittany Curran and Kristin Prout and Anyone Home? as “Walker” opposite Emmy winner Kathy Baker and Monique Gabriella Curnen.

He will soon be seen in the lead role of “Bad Cop” in the horror/thriller Savage Sistas and as “Dark Butler” in the horror film Spirits opposite Lynn Lowry. Most recently Jasper guest starred as “Goobler” in the Palamino & Swissy and “Crack Head Fred” in the ABC Series The Rookie.

Jasper was “Peter” in Awaken The Shadowman, starring Jean Smart, “Jacques De Leon” in the CBS Drama, Training Day, opposite Bill Paxton, in the 2017 season of American Horror Story and had roles on Baskets and WestWorld.

Jasper obtained critical acclaim for his work on Michael Eisner’s Emmy Nominated series, Prom Queen, his unforgettable stint on Everybody Hates Chris and his recurring role on the ABC series, The Forgotten, starring, Christian Slater. He has also guest starred on HBO’s hit series Funny Or Die Presents and appeared regularly in various comedy sketches for The Tonight Show with Jay Leno.

Film and TV audiences will also remember Jasper as “Reno”, the bad cowboy, in the award winning Showdown at Seven commercials for the popular movie website, Fandango, and he appeared in the popular national Direct TV commercials opposite Rob Lowe. You can see him worldwide as a Pirate in the 1-800-contact commercials as well. Nickelodeon fans know Jasper as “Oswald” in the final season of their hit series Victorious and he appeared in several episodes of the hit syndicated series, Outlaw Empires.

Once established as Hollywood’s “bad guy,” it was a matter of time before Jasper graced the big screen. He has appeared in multiple films such as 18 Again, Alien Nation, Get Your Stuff, Friday the 13th Part VIII, and Urban Assault-Tko. Jasper flaunted his sinister side and became an International sensation as Val Kilmer’s sidekick, Zeke Pleshette in the blockbuster MacGruber alongside Ryan Phillipe, Kristin Wiig and Will Forte. The film is gaining cult status on DVD and TV. Jasper is also the host of the nationally syndicated Radio/TV show….One On One With Jasper Cole.