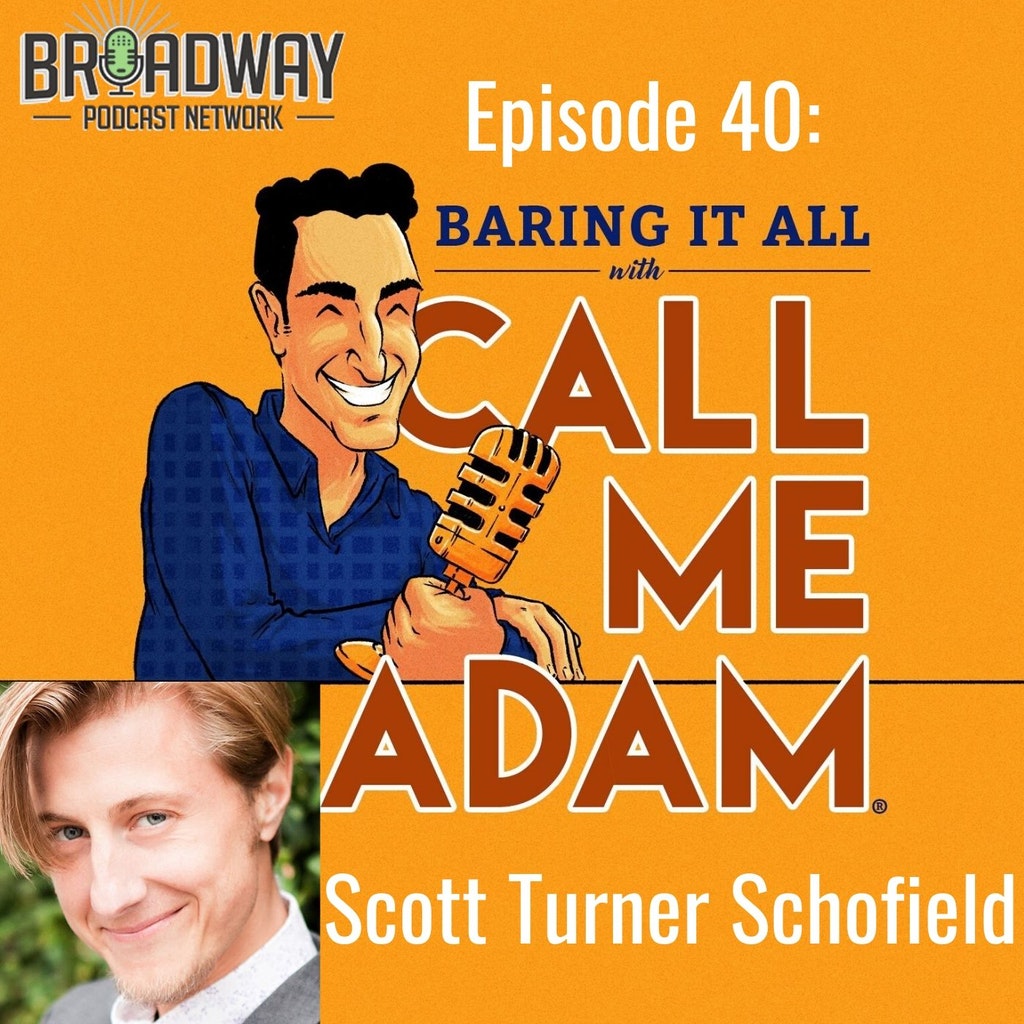 On this episode of Baring It All with Call Me Adam, on the Broadway Podcast Network, I am chatting with Scott Turner Schofield, award-winning actor, writer, & producer – a “trans influencer of Hollywood,” as coined by OUT Magazine.

Scott & I have a heartfelt discussion about being a transgender actor, his one man show special, Becoming a Man in 127 Easy Steps, which was an Official Selection at the 2020 Tribeca Film Festival. We also take a look back on the staircase of Scott’s life.

Making television history as the first openly transgender actor in Daytime television with a recurring role on CBS’s The Bold and the Beautiful, Scott Turner Schofield has been lauded as “Emmy- worthy” in his recurring role on STUDIO CITY (Amazon Prime), and received international critical acclaim for his lead role in the 2018 feature film THE CONDUCTOR (Splendid Films). His three one man shows have toured major venues in the US and Europe, with the support of the National Performance Network and the Princess Grace Foundation-USA. The live performance, Becoming a Man in 127 EASY Steps, is now becoming a groundbreaking multi-platform adventure as a film, podcast, and book.

Among other behind-the-scenes credits in film, TV and streaming, Schofield consults for HBO’s EUPHORIA; the role he helped create has been called “TV’s most interesting trans character” and “the future of TV”. Partnering with IATSE, he has educated hundreds of crew members in on-set sensitivity, and vetted trans-affirmative policy for the Union. With 360-degree experience, he brings the expertise necessary to authentic, artistically excellent transgender storytelling, from script to screen.