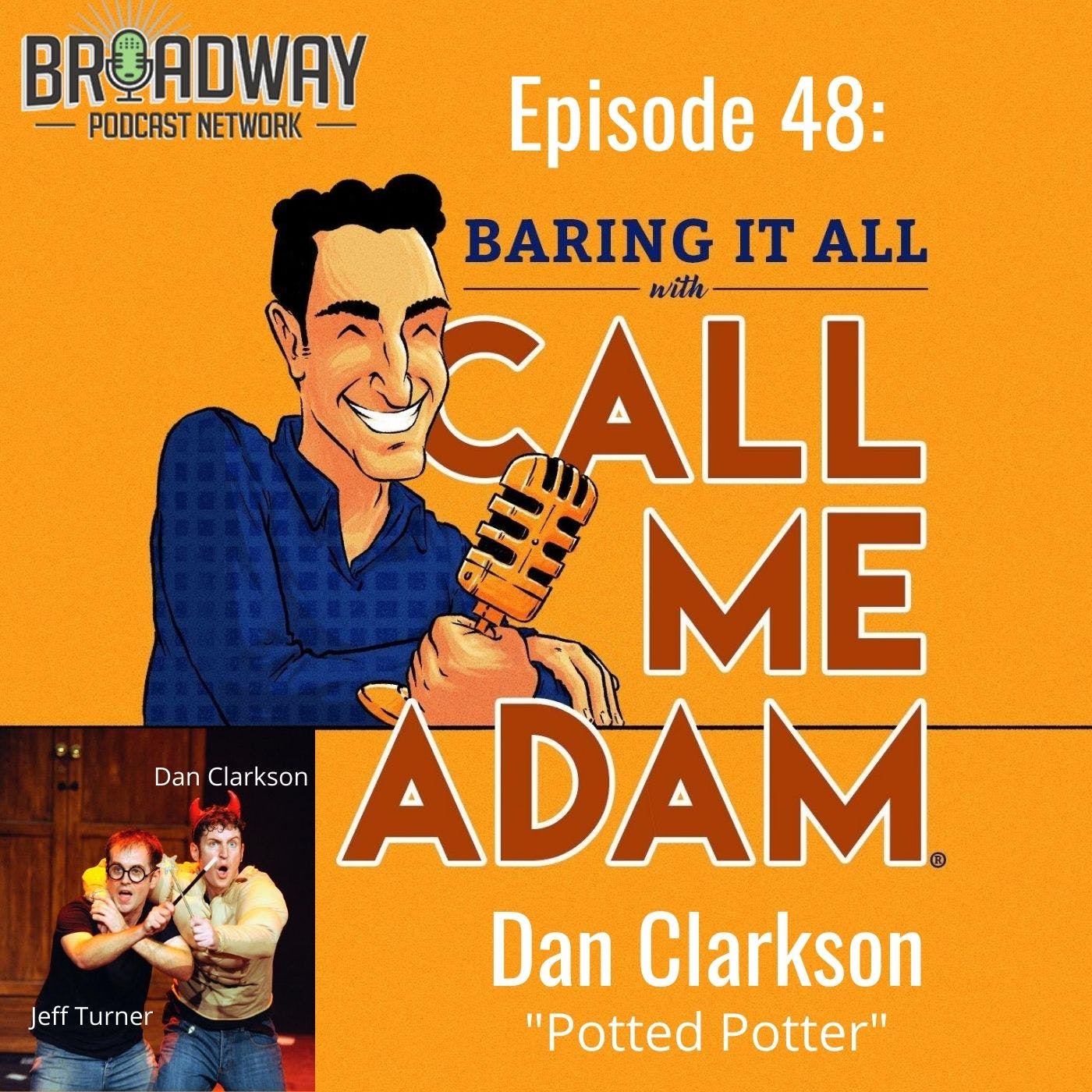 Before I introduce my guest today, I want to take a moment to thank Marianne M for becoming a member of my Patreon family. I’d also like to thank my current members Angelo N, David S, and Reva & Alan R. If you like this podcast and want to become a member of my expanding family, visit patreon.com/callmeadamnyc.

In this episode of Baring It All with Call Me Adam on the Broadway Podcast Network, I am chatting with Dan Clarkson, the co-creator & original co-star of the world-wide, Olivier Award nominated, hit show Potted Potter – The Unauthorized Harry Experience.

Never have I ever envisioned the way this interview would go, but Dan & I are joined by some very special guests at the end of this interview! When we didn’t go off on a tangent, Dan & I discussed the creation of Potted Potter, re-launching the show post-pandemic, the uniqueness of the Vegas production, a new Potted Potter contest coming August 1, and so much more!

Potted Potter – The Unauthorized Harry Experience condenses all seven Harry Potter books into 70 minutes of fun, laughter, and magic! While the world waits for live performances to resume, Potted Potter has been hosting contests to keep fans engaged. Their next contest launches August 1. Details will be announced on their social media pages @PottedPotter on Facebook and Twitter!

According to Wikipedia, Daniel is a “British comedy actor, playwright and director with two Olivier nominations and a Blue Peter Badge.” Graduating from Bretton Hall, Daniel is probably best known for being one half of the comedy double act “Dan and Jeff,” renowned across the globe for their “Potted” stage shows as well as an 18-month residence in the CBBC office as their in-house presenters. With four shows now under his belt (Potted Potter, Potted Pirates, Potted Panto and the latest Potted Sherlock, which Daniel co-wrote with his brother Tom), he has received both audience and critical acclaim, having had sell-out seasons in both London’s West End and New York, and completed several successful international tours. Potted Potter was even translated into Spanish, which Daniel then directed in Mexico City.

In 2017 Daniel wrote and created, King Kong (a comedy) which premiered at the Vaults in London, enjoying a successful 10-week run and nominated for 3 “Offies”, including Best Production. This summer he will be opening his latest creation The Crown Dual – a comic parody of the Netflix series ‘The Crown.’ He feels it’ll be a sure-fire way to fast track his knighthood! Between wizarding and writing, Daniel also appears as Puppet Steve in the anarchic late night comedy chat show Mr. Thing, which has enjoyed sell out runs at both the Edinburgh and Brighton comedy festivals.

Daniel has had regular appearances on BBC, ITV and Channel 4 – writing, performing and directing his unique brand of condensed comedy, and was fortunate enough to spend six months in LA training and working with The Upright Citizens Brigade. He was also in the British soap opera Coronation Street a couple of times … (he didn’t know how to fit that in but his mum said “he really should”.) @Daniel_Veronica (tweet him and help his ongoing quest to get more followers than Bieber!)