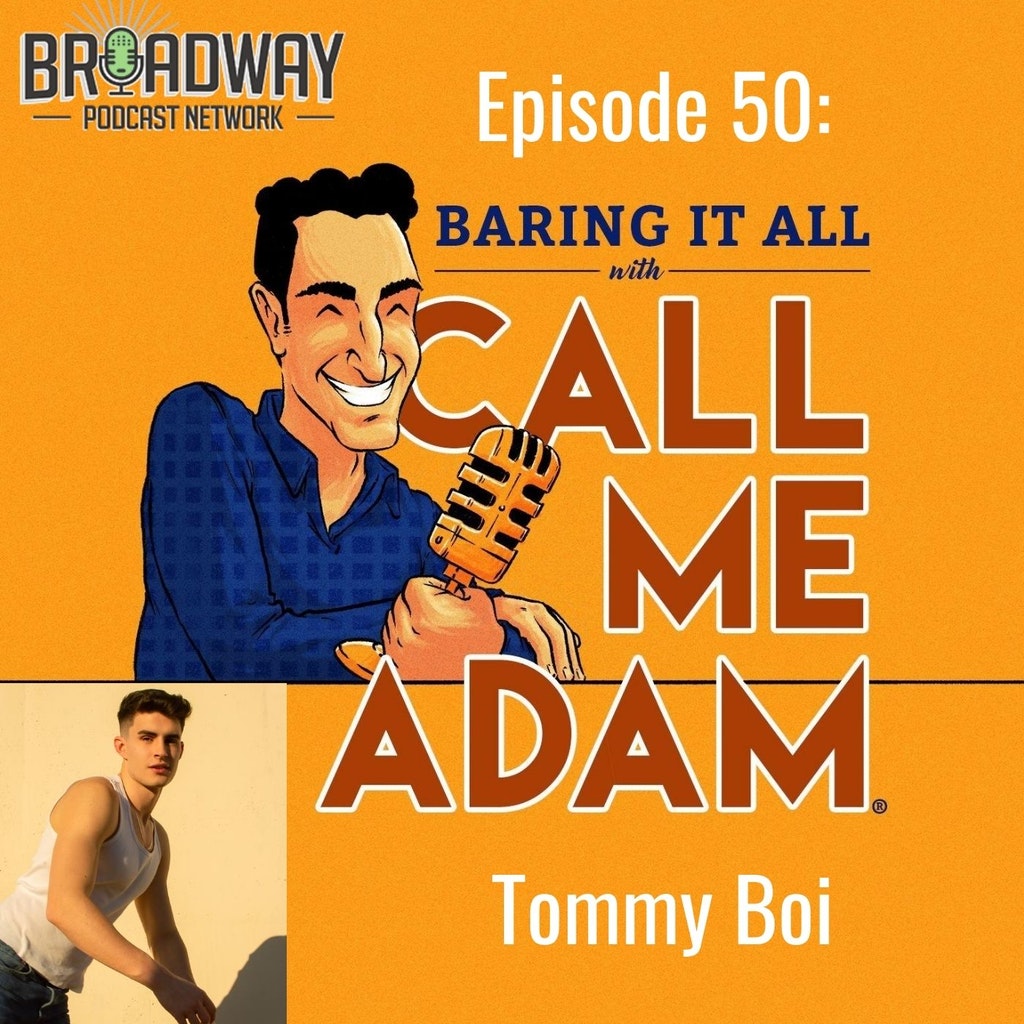 In this episode of Baring It All with Call Me Adam on the Broadway Podcast Network, I am chatting with gay singer/songwriter Tommy Boi, whose latest single “Blessing In Disguise” has just been released. We have a great time talking about making music, coming out, finding love and support, and so much more!

Tommy Boi is a pop artist hailing from Sacramento, California. As a proud gay musician living in California, the night life in San Diego, Weho, and the Castro District has been a huge influence on both his pesonal style and musical career. Tommy Boi’s sound is reminiscent of pop icons like Harry Styles, Zayn Malik, and Nick Jonas, while he is heavily inspired by pop queens like Ariana Grande, Shania Twain, Lana Del Rey, Taylor Swift, Britney Spears, and Tove Lo.

Tommy Boi started taking piano lessons and sang in his church at just 7 years old. At 19 years old, he auditioned for American Idol, after he was cut, Nicki Minaj gave him invaluable advice to never quit and to keep honing his craft. Tommy took this advice to heart and focused on writing more songs and learned how to record. At the age of 21, while attending a Christian university, Tommy fell in love for the first time. He wrote the single “Glue” about his first relationship and later that year came out to his family. Tommy feared the rejection and judgement from his family and community, but his parents were very supportive of him and reminded him that he was their son over everything. After graduating in 2015 with a scholarship and music degree at 22, he moved to Los Angeles to write and record more new music. Tommy struggled with money and couch surfed for the first few months in Los Angeles to make his dream a reality. Five months after moving to Los Angeles, Tommy got into a major car accident and had to move back home with nine months of recovery and a huge obstacle to overcome in his personal life and musical career.

In 2017, he came out as gay publicly and started releasing music under his stage name Tommy Boi. He released his first single “Found Again,” and began building up his music career with multiple successful singles. In 2018, he released “Glue” and “Holiday,” which told his story of moving to Los Angeles and escaping the past. Tommy Boi has performed at the Santa Barbara Pride Festival in 2019 and the Breaking Pride Event at the Peppermint Club with other queer pop icons like Michael Medrano and Davy Boi. His biggest single, “You Never Called Back,” recently hit one million streams on Apple Music and 800,000 on Spotify.

Tommy’s journey to pursue music as a career has shaped him into the person and writer he is today. He hopes to encourage his audience to live freely and openly as their true selves, and inspire people to stay positive and hopeful during hard times. Tommy Boi is currently working on a new EP project including his newest single, “Blessing In Disguise,” an inspirational pop ballad in support of the LGBTQ community.