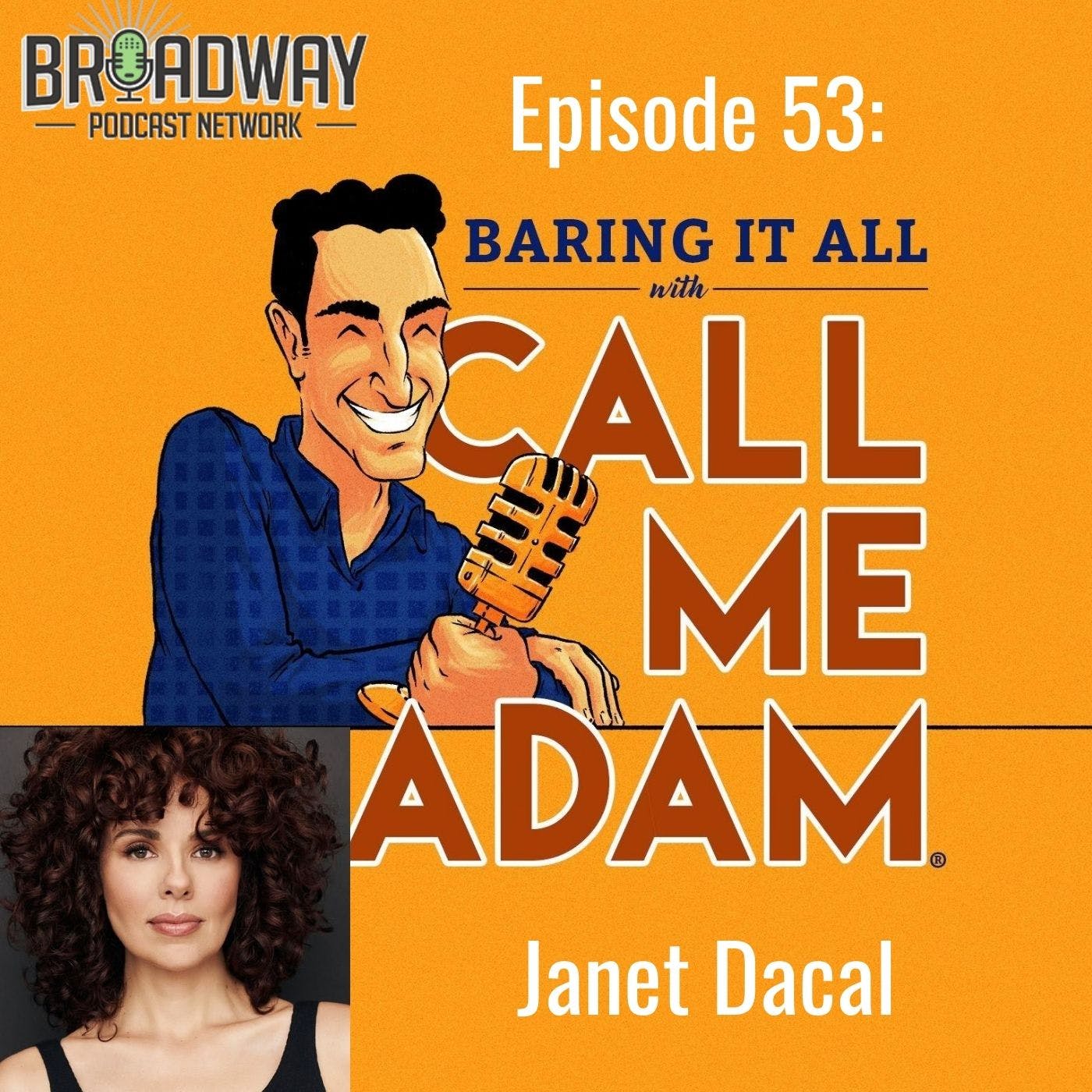 Before we get started today, I would like to Thank my Patreon Family for their continued support: Angelo N, Reva and Alan R, Marianne M, Danielle N, Tara N, and The Golden Gays NYC. If you’d like to be part of this growing family & get exclusive perks, visit https://patreon.com/callmeadamnyc. Membership starts at just $3/month.

On this episode of Baring It All with Call Me Adam, on the Broadway Podcast Network, I chat with Broadway actress and recording artist Janet Dacal. From working with Gloria Estefan and Lin Manuel-Miranda to the Broadway shutdown to releasing her debut album My Standards, Janet & I talk about it all!

Janet Dacal is a Los Angeles native, has an extensive career in music and theater. Her musical influences range in genres, finding inspiration from the likes of Sarah Vaughan to Celia Cruz. Her music career began under the wing of Grammy-winning artist Gloria Estefan, recording background vocals on a number of her albums. Other artists she’s worked with include Ricky Martin, Shakira, Jennifer Lopez, and Marc Anthony. Following her time with the Estefans, Janet toured the world with Grammy-winning Latin recording artist, Luis Enrique.

Prior to the Broadway shutdown Janet was starring as “Dina” in the National Tour of the 10-time Tony Award Winning Musical, The Bands Visit. She has starred in several Broadway productions in NYC, most recently Prince of Broadway, directed by the one and only Hal Prince. She played multiple roles in the production including, “Eva Peron” in Evita, “The Spiderwoman, Aurora” in Kiss of The Spiderwoman, and “Sydney” in It’s A Bird, It’s A Plane, It’s Superman. Janet starred in the Tony and Grammy Award Winning hit In The Heights. After having originated the role of “Carla” in the original Off-Broadway and Broadway productions, for which she received a Drama Desk Award, she took over the title role of “Nina Rosario.” She then starred as “Alice,” in Frank Wildhorn’s musical Wonderland. She appears in the original cast recordings of all three musicals, Prince of Broadway, In The Heights and Wonderland.

Janet has had the great pleasure to perform in renowned establishments such as Birdland and The Apollo Theatre in NYC. Favorite television appearances include, The Tony Awards and White Collar. She has been nominated with Carbonell Awards for her work in the productions, The Last 5 Years and Five Course Love.