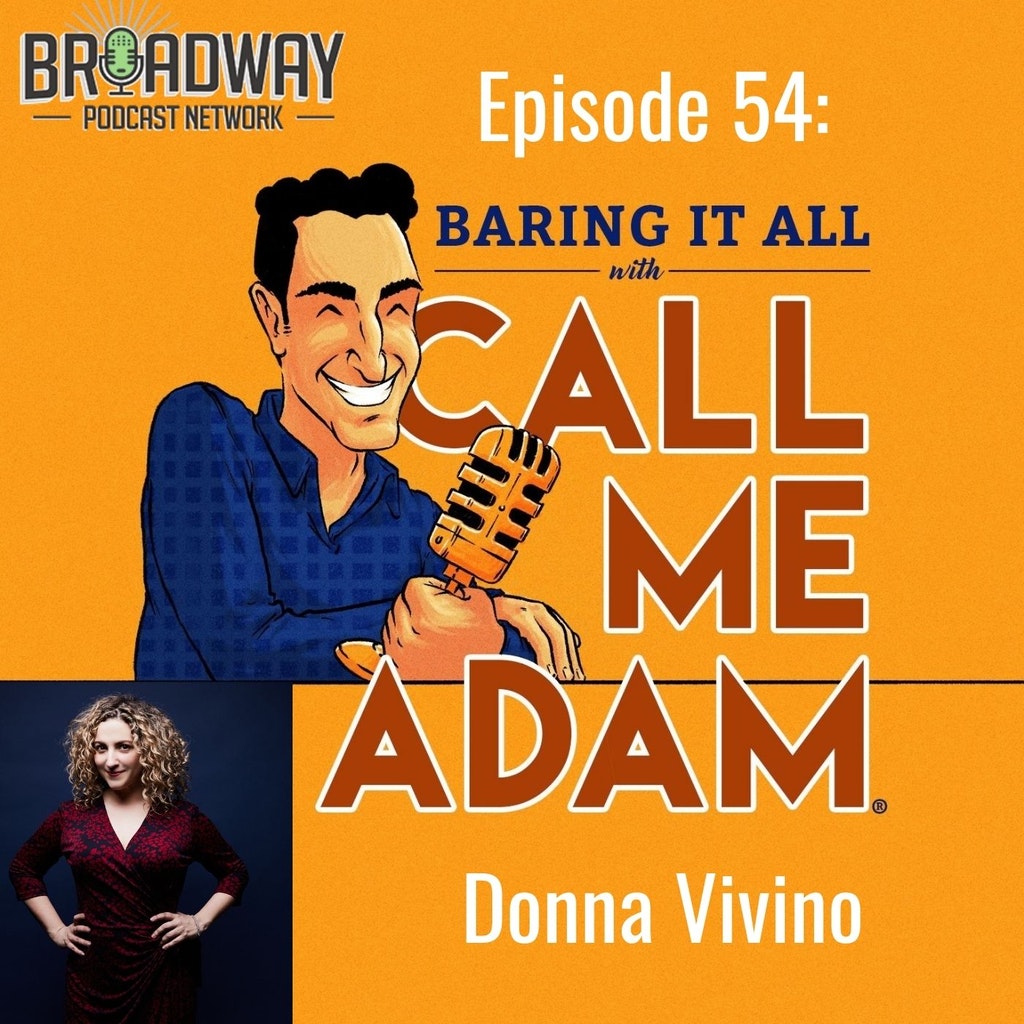 Before we get started today, I would like to Thank my Patreon Family for their continued support: Angelo, Reva and Alan, Marianne, Danielle, Tara, and The Golden Gays NYC. If you’d like to be part of this growing family & get exclusive behind-the-scene perks, visit https://patreon.com/callmeadamnyc. Membership starts at just $3/month.

Now, on this episode of Baring It All with Call Me Adam, on the Broadway Podcast Network, I chat with actress, recording artist, and educator, Donna Vivino. In this interview, we Defy Gravity and discuss all of Donna’s new ventures, plus take a look back on her life in theatre.

Donna Vivino is an American actress and singer most recently nominated for a 2018 Los Angeles Ovation Award for Best Actress in a Musical for her portrayal of “Mary Flynn” in Merrily We Roll Along Directed by Michael Arden. She performed as “Elphaba” in Wicked on Broadway, previously seen starring in the role on the 1st National Tour. She was the original “Young Cosette” in Les Miserables on Broadway and on the cast recording. She starred on Broadway in Fame Becomes Me with Martin Short and was also on Broadway in Hairspray and Saturday Night Fever. She plays “Serena Maxwell” in the BroadwayWorld web series Submissions Only.