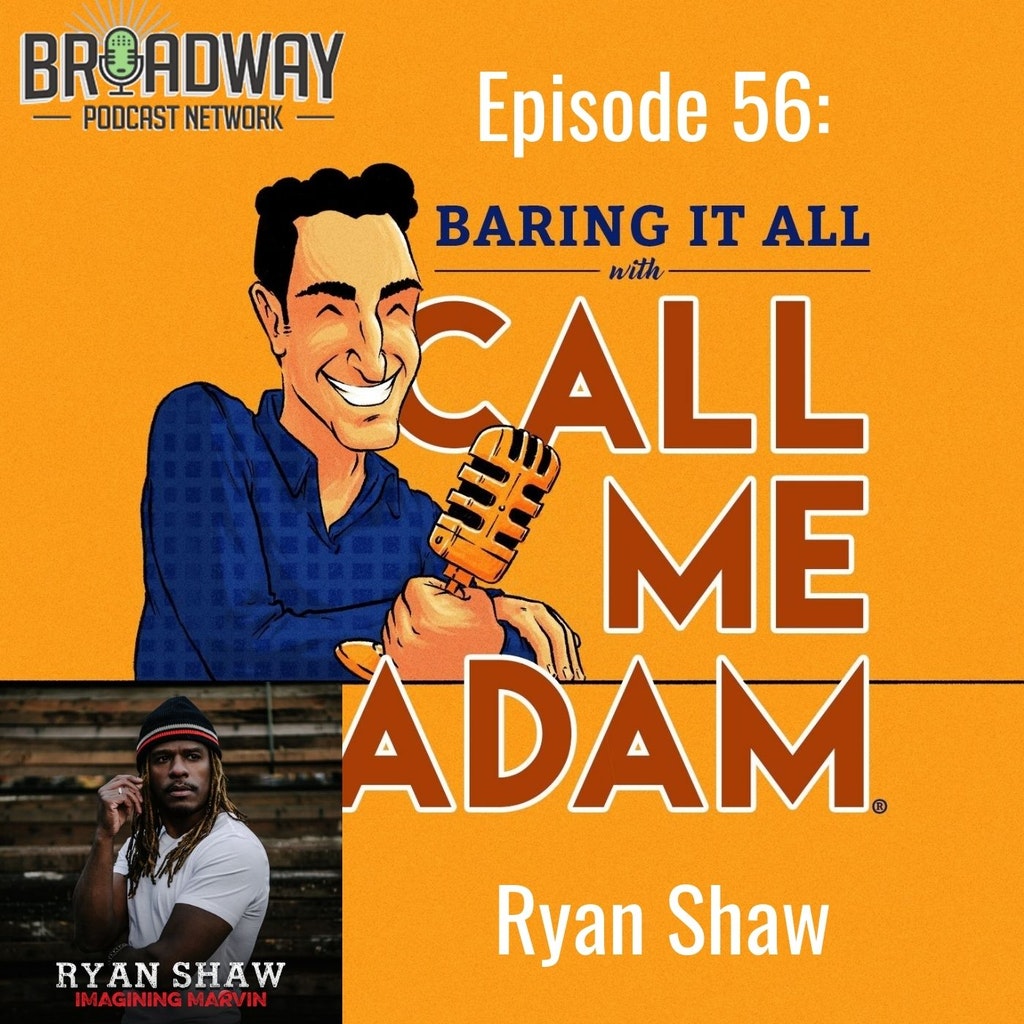 On this episode of Baring It All with Call Me Adam, on the Broadway Podcast Network, I chat with three-time Grammy Nominee Ryan Shaw.

In addition to his original music, Ryan is known throughout the Broadway community for his portrayals of Stevie Wonder in Motown: The Musical, being the soul of Michael Jackson in Thriller Live in London’s West End, and most recently as “Judas” in the Lyric Opera of Chicago’s U.S. premiere of the critically acclaimed London/Regent’s Park’s production of Jesus Christ Superstar.

Ryan is getting ready to release his NEW album, Imagining Marvin, featuring Marvin Gaye hits alongside five of Ryan’s original songs. Imagining Marvin will be released by Broadway Records, on Friday, November 27, 2020. Order it here!

Ryan Shaw is a three-time GRAMMY-nominated artist. He recently appeared as Judas at the Lyric Opera of Chicago in the U.S. premiere of the critically acclaimed London/Regent’s Park’s production of Jesus Christ Superstar, which won the Olivier for Best Musical Revival. He starred as the original Stevie Wonder in Motown: The Musical on Broadway, and on London’s West End as the Soul of Michael Jackson in Thriller Live. As a recording artist, Shaw has released three solo GRAMMY-nominated projects to date: 2008’s THIS IS RYAN SHAW, 2011’s IT GETS BETTER, and 2014’s REAL LOVE. He has toured the world and shared the stage with such artists as Van Halen, Bonnie Raitt, Joss Stone, John Legend, B.B. King, Bruce Hornsby and Jill Scott, to name a few. On television, Ryan has been a guest artist on The Ellen DeGeneres Show, Ellen’s Really Big Show, Last Call with Carson Daly, and The Martha Stewart Show. His music has been featured in television on FOX’s So You Think You Can Dance and ABC’s Dancing with The Stars, Grey’s Anatomy, and Lincoln Heights, as well as in films My Blueberry Nights and Bride Wars and the Sex and the City soundtrack.