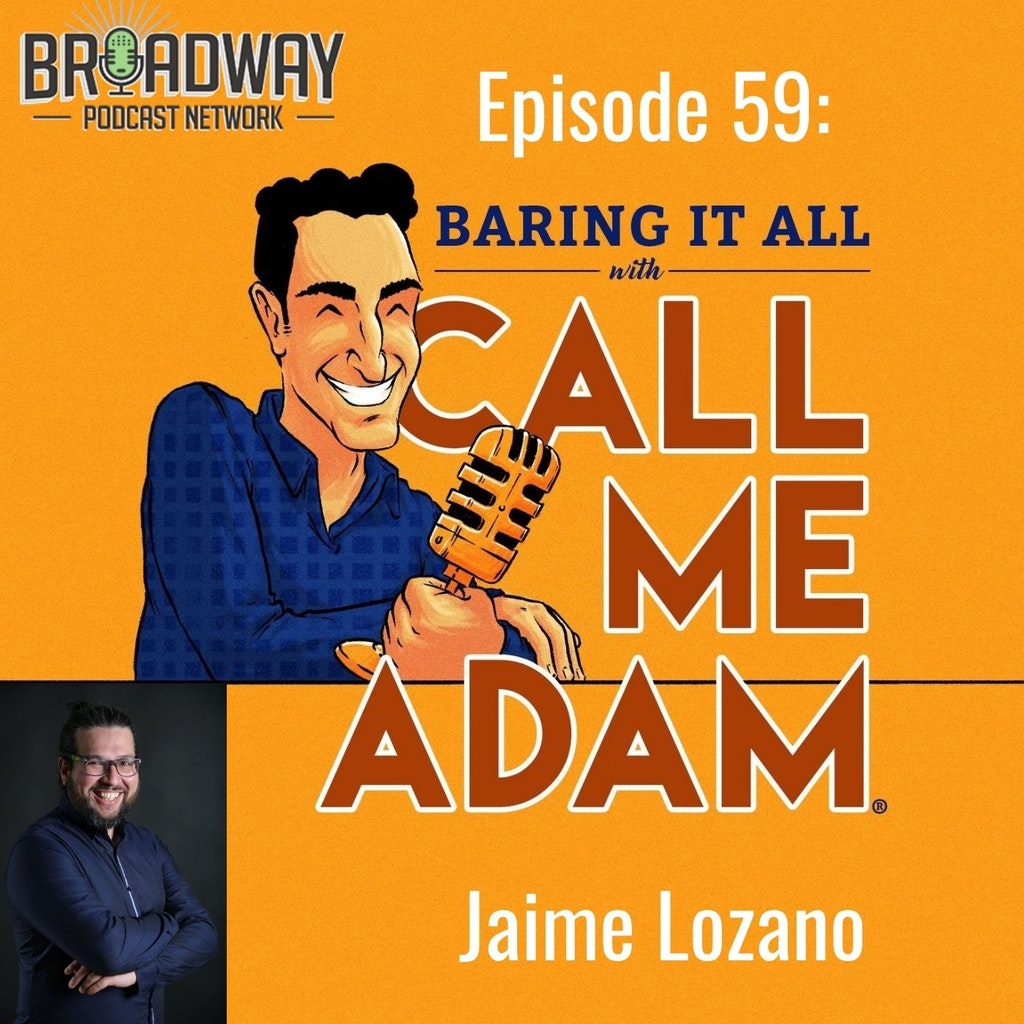 On this episode of Baring It All with Call Me Adam, on the Broadway Podcast Network, I welcome back composer Jaime Lozano to discuss the release of his album Songs By An Immigrant, on Broadway Records. We also talk about Jaime’s immigration journey, friendship with Hamilton creator Lin-Manuel Miranda and much more!

“Jaime Lozano is a thrilling new talent on the musical theater scene and if ‘Songs by an Immigrant’ is any indication, his will be a name we’ll be hearing from…in all languages…for many years to come,” says SplashMagazines.

An accomplished musician, vocal coach, composer, arranger, orchestrator, musical producer, and musical theater director from Monterrey, Mexico who has been considered by Hamilton’s Lin-Manuel Miranda as the “next big thing” on Broadway. This year Jaime is one of the five artists selected for the 2020 Joe’s Pub Working Group. Selected stage works include Tlatelolco, Myths, The Yellow Brick Road (Off-Broadway and National Tour), The New York Times said, “With its accessible melodies and robust harmonies, the score by Jaime Lozano and Tommy Newman earns comparisons to Stephen Flaherty’s music for Once on This Island,” Carmen LaCubana (European Tour), Children of Salt (NYMF 2016 “Best of Fest” Production), A Never-Ending Line (Comédie Nation in Paris, France and Off-Broadway), Savage (UAB at Birmingham), Present Perfect (Live &amp; In Color).