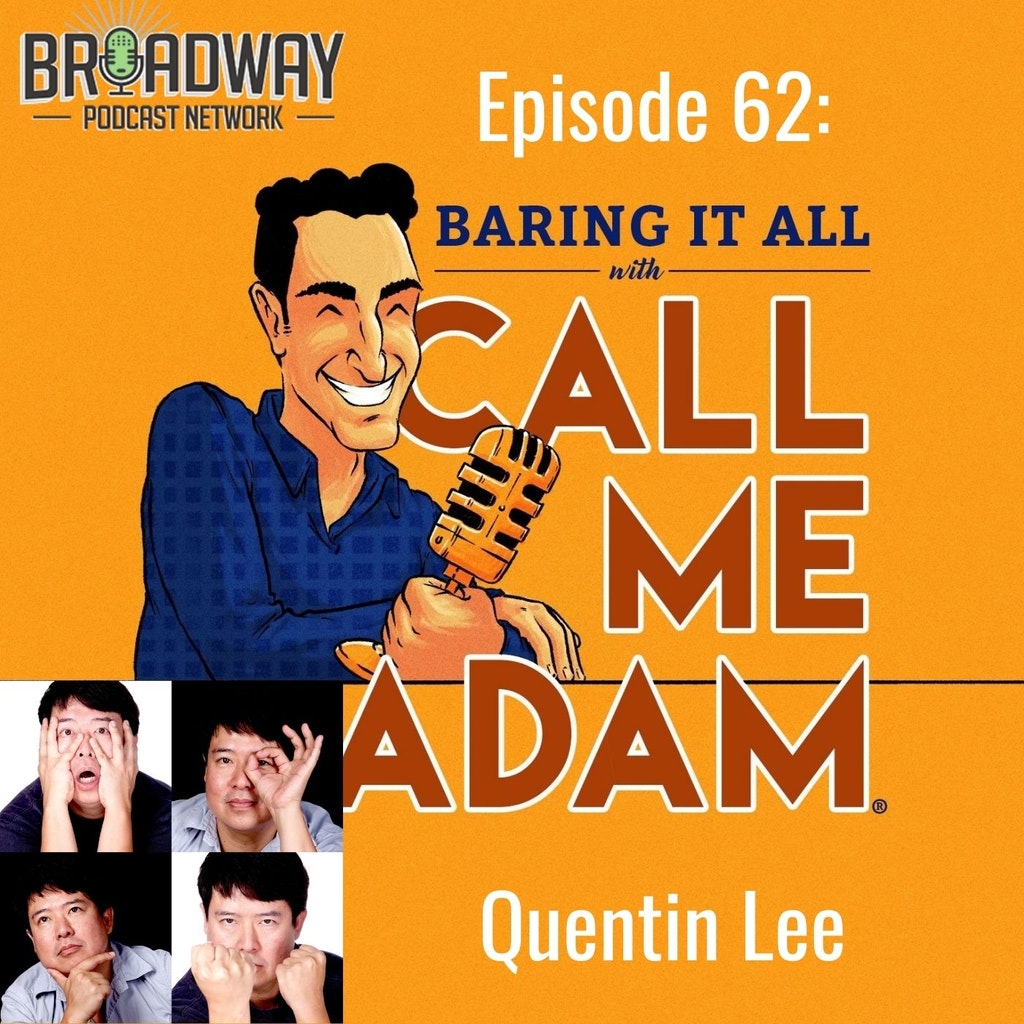 Out gay Asian director/producer Quentin Lee, answered my call to bare it all for my podcast Baring It All with Call Me Adam, on the Broadway Podcast Network.

Quentin Lee is known for his feature film Drift. Quentin has kept himself very busy during the Global Pandemic. His multiple projects include the first “gayasian” TV series Boy Luck Club, his documentary Searching For Ana May Wong, and his sci-fi comedy Comisery. Watch them all at https://www.asianamericanmovies.com

Due to the COVID-19 global pandemic, Searching For Ana May Wong will now stream exclusively on https://www.asianamericanmovies.com starting November 20, 2020, instead of premiering as a theatrical release.

A member of the Producer’s Guild of America, Quentin Lee has directed and produced over a dozen of features and two television series. In 2020, Quentin has made Kim McVicar’s Please Notice Me, Brash Boys Club and Candy and Smiley, three comedy specials for Comedy Dynamics. He has also co-directed, co-wrote and produced an acclaimed sci-fi comedy feature titled Comisery during the pandemic. In addition, he’s currently shooting Boy Luck Club, the first “gaysian” comedy TV series.