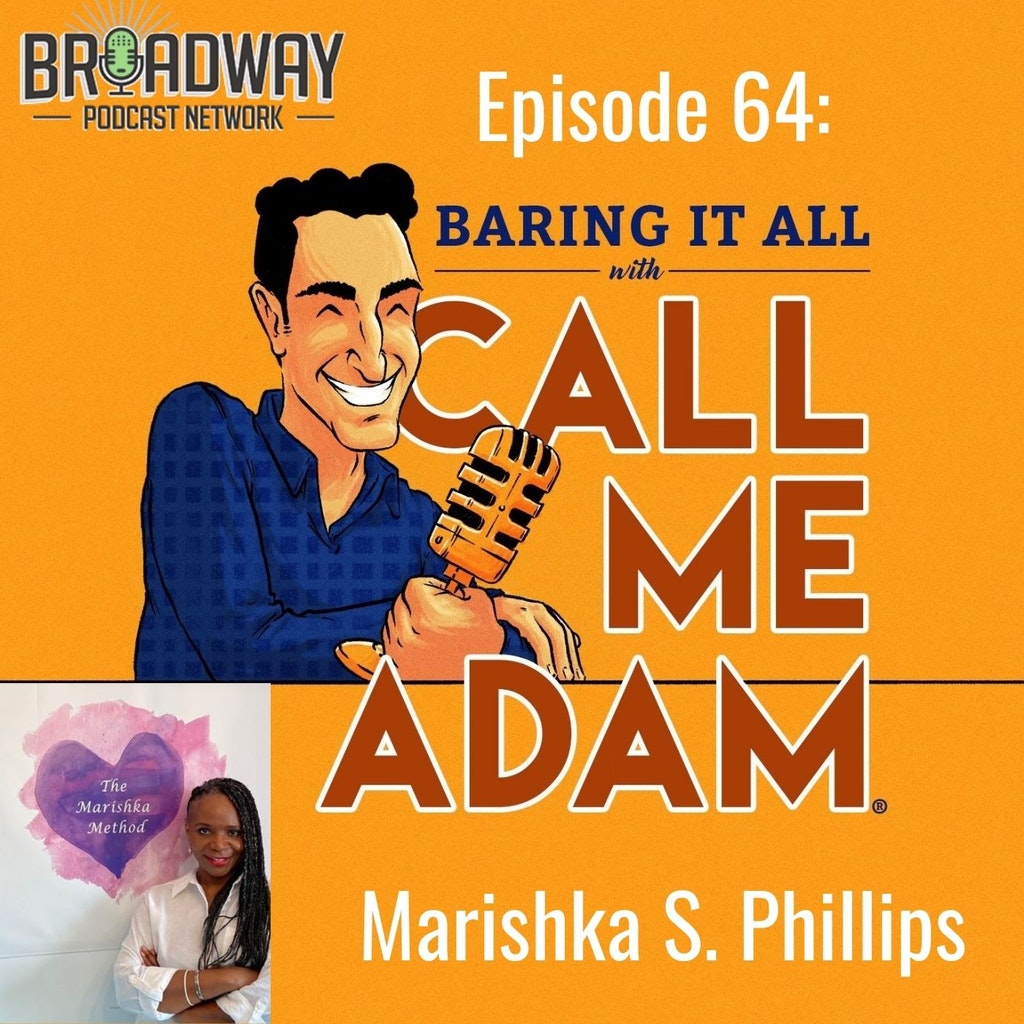 Actress, Director, and Acting Coach Marishka S. Phillips answered my call to bare it all on my podcast Baring It All with Call Me Adam, on the Broadway Podcast Network.

Down to Eartha will air on Vimeo on Demand this Sunday, 11/29 at 8pm

Marishka is a native New Yorker, Brooklyn born. She started performing at the age of 8. At age 13, she appeared in a European tour of RAISIN and further developed her talents at Alvin Ailey’s School of Dance, Broadway Dance Center (scholarship) and Fordham University. By the age of 19, she landed a featured role and understudy to the star on Broadway, in the musical UPTOWN: IT’S HOT, directed by Maurice Hines. She went on to perform in such musicals as BUBBLIN’ BROWN SUGAR, FAME: THE MUSICAL, THE WIZ and THE ME NOBODY KNOWS. When living in Los Angeles, she did character work and was the stand-in actress on the last two seasons of A DIFFERENT WORLD, the spin-off of THE COSBY SHOW, in which she also appeared.

She has been studying with her mentor Ms. Susan Batson since 2002. Since, she has been cast as OTHELLO, in an all female cast, STAGE AND SCREEN, directed by Hinton Battle. She starred in the 2006 N.Y. Fringe Festival in ABSOLUTE FLIGHT, and earned an AUDELCO nomination for her portrayal of Young Ethel Waters in Woody King’s production of SWEET MAMA STRINGBEAN. Marishka seen in Euripides’ MEDEA at the National Black Theatre and various other off-Broadway productions.

Marishka takes a very organic and spiritual approach to the craft of acting. “When I walk into the studio, I never know what’s gonna happen”. I approach this craft with Divine Humility. I give 210% and I don’t expect anything less from the actors. I like to work with the actor’s awareness. Our instrument is where everything lies. We have to be willing to access it and give yourself absolute permission to express your truth, without judgement. “Know Thyself”. I’m patient with the actor, because my hope for you is to be the best you can be. “The first way into your intimacy is through listening and really hearing”. Come explore your spirit, therein lies your freedom!!!!