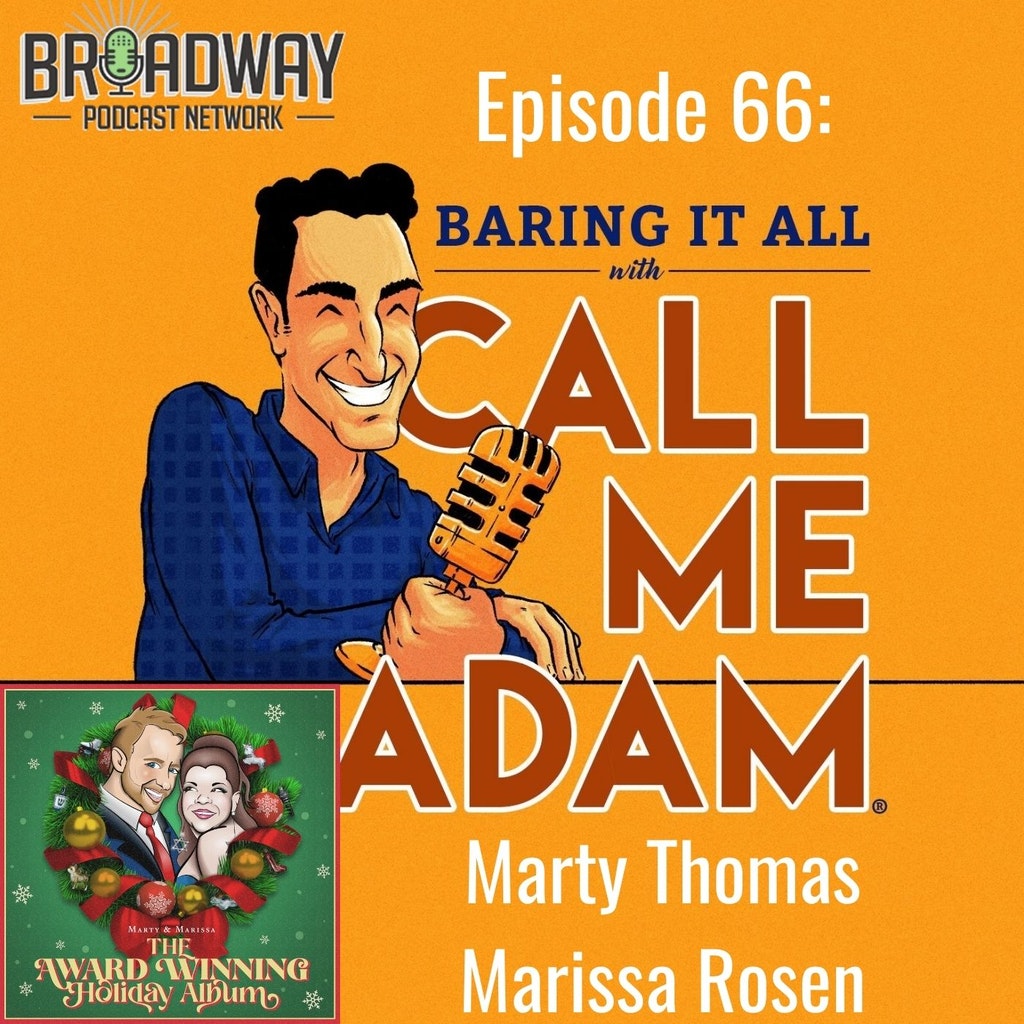 Best friends, recording artists and Broadway Stars Marty Thomas and Marissa Rosen answered my call to bare it all on my podcast Baring It All with Call Me Adam, on the Broadway Podcast Network.

Marty Thomas is a recording artist & an actor who made his Broadway debut at age eleven as “Colin” in THE SECRET GARDEN. He also appeared on Broadway in WICKED & XANADU. He was named Mr. Broadway 2008 & was a 1992 Ed McMahon’s Junior Vocalist Star Search Champion beating a then-unknown Britney Spears. He has appeared off-Broadway in MY BIG GAY ITALIAN WEDDING, PAGEANT & A LOSS OF ROSES. He was featured in the film BIG GAY MUSICAL, played “Damon’” on TWO BROKE GIRLS (CBS), & “Charlie” on GRACE & FRANKIE (Netflix).

Marissa Rosen is a born & bred New Yorker who was most recently seen making her Broadway debut in For the Girls with the amazing Kristin Chenoweth! She can also be heard on the newly released album The Rocky Horror Skivvies Show.

Regional/International/Tours: A Taste of Things to Come, Jawbreaker, Priscilla Queen of the Desert, Grease, Legally Blonde, Bare & Into the Woods. She can be found singing & touring the country with Kristin & Jessica Vosk. Marissa works as a recording artist & backup singer/arranger for NYC & Nashville’s finest. She has had the great privilege of singing backup for Shoshana Bean, Patti LuPone, Betty Buckley, Frankie Grande & Lillias White.

Marissa can be seen dancing alongside Anne Hathaway on the hit Amazon Prime series Modern Love, as well as Monk with Tony Shalhoub & if you squint real small, with Lindsey Lohan in Just my Luck.

She is a proud cast member of Marty Thomas Presents DIVA, along with Marty & some of the most talented ladies in NYC. Marissa is a huge advocate for Broadway Cares/Equity Fights Aids.