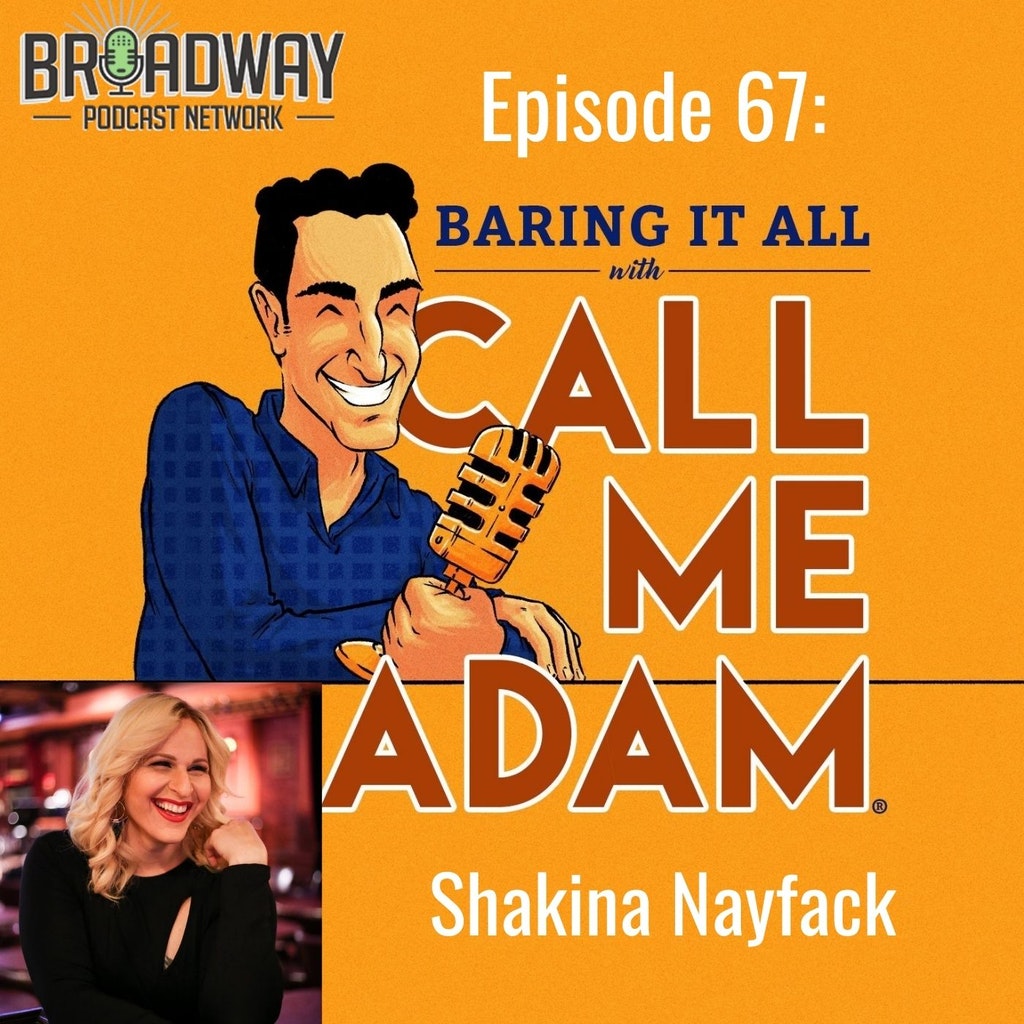 Actress, director, writer, producer, and activist Shakina Nayfack answered my call to bare it all on my podcast Baring It All with Call Me Adam, on the Broadway Podcast Network.

Shakina received international attention for crowdfunding her gender confirmation with her 2014 KickStartHer campaign and has since written three rock musicals about her transition. Shakina played a guest-starring role in the series finale of Amazon’s Transparent, a Musicale Finale on which she was also a writer and producer. Shakina’s fans know from her work as “Lola” in Hulu’s cult-comedy series Difficult People and most recently, playing “Ellis” on NBC’s new comedy Connecting.

Stream Connecting on Peacock or Hulu

Originally from Southern California, Shakina enjoys an eclectic career as a performer, director, writer, producer, and social activist. Shakina can be seen on Marvel’s Jessica Jones (Netflix) and The Detour (TBS) and heard as the voice of “Hana” in the Gkids remaster and English dub of the Satoshi Kon anime cult classic Tokyo Godfathers.

Shakina’s autobiographical rock musicals One Woman Show (2013), Post-Op (2015), and Manifest Pussy (2106) all premiered to sold-out houses at Joe’s Pub at the Public Theater in New York City. She has performed on Broadway in 24-Hour Plays and Gypsy Of The Year, as well as Off-Broadway in M.J. Kauffman’s Masculinity Max at The Public Theater, and in Manuel Versus The Statue Of Liberty (As Lady Liberty).

Shakina received international attention for her 2016 Rebel Tour of North Carolina, where she performed in protest of the anti-trans law HB2 (“The Bathroom Bill”). Shakina is also the Founding Artistic Director of Musical Theatre Factory (MTF), a non-profit artist service organization dedicated to developing new work.

In 2015 Shakina received a Lilly Award recognizing the remarkable contributions to the American Theatre made by women. She is also a two-time Drama League fellow, having been selected for the New Musical Directing Fellowship (2011) and the Beatrice Terry Fellowship for women playwright/directors (2017), supporting the development of her new play, Chonburi International Hotel, and Butterfly Club.

Shakina roots herself as a Butoh-inspired artist trained beneath Diego Piñón, founder of Body Ritual Movement. With an MFA in Experimental Choreography and a Ph.D. in Critical Dance Studies (both from the University of California at Riverside), Shakina has pioneered her own Butoh for the Actor method, developed through masterclasses at the University of California at Santa Cruz, the Chicago Cultural Center, Casa del Teatro in Mexico City, Barrington Stage Company, The Drama League, the Eugene O’Neill Theatre Center, and most recently as adjunct faculty at NYU Tisch Drama.