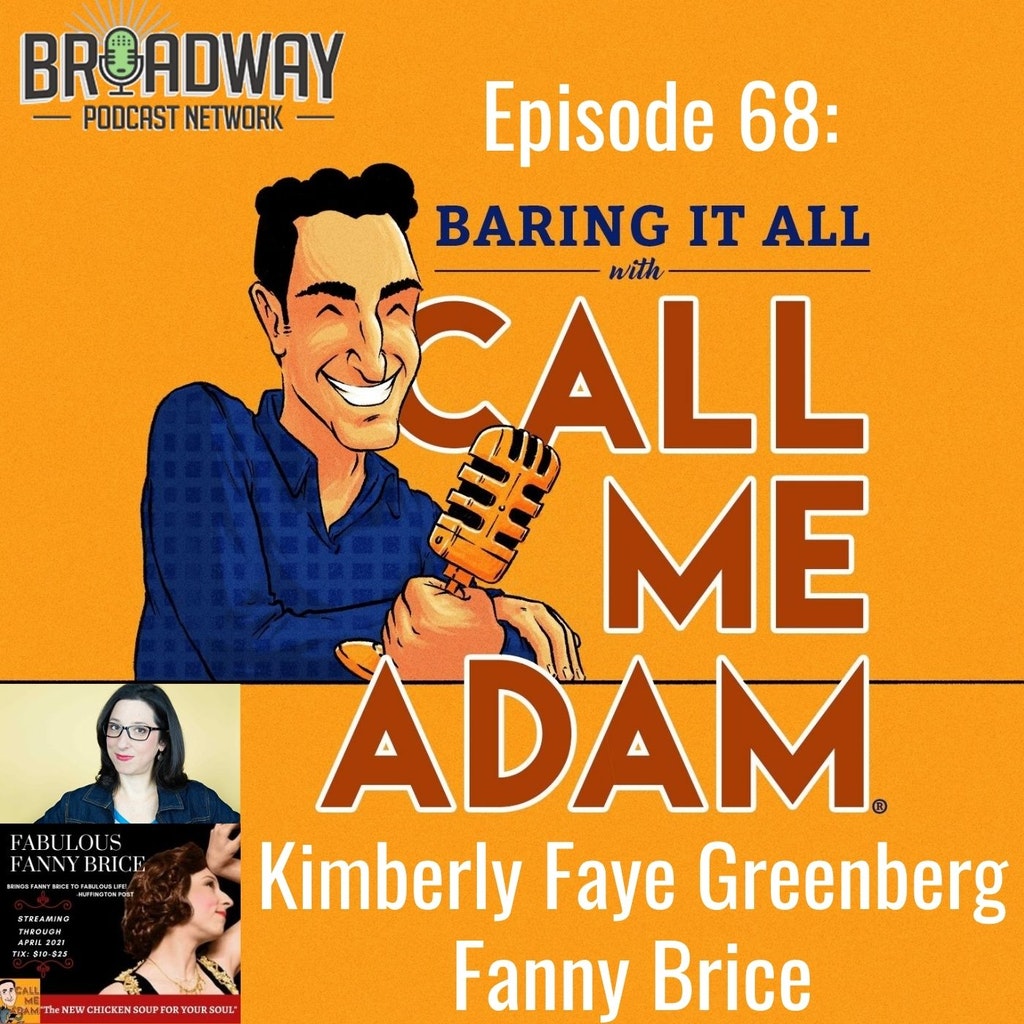 In Fanny Brice’s interview we discuss:

Fabulous Fanny has been extended through April 2021! Click here for tickets!

Kimberly Faye Greenberg is the first and only actress ever to star in two Off-Broadway musicals at the same time, with leading roles in Danny and Sylvia: The Danny Kaye Musical, and the solo show One Night with Fanny Brice.

Kimberly’s own solo show, Fabulous Fanny: The Songs and Stories of Fanny Brice, has been touring for the past four years. The show is currently available to stream into your home and for live bookings for 2021-2022.

Quickly becoming the “go-to” gal for Fanny, Kimberly is sought out for her in-depth Brice perspective, as well as subsequent knowledge of the theatre scene in the early 20th century.

Kimberly has also released a Fabulous Fanny cast album, which Broadwayworld gave the album a rave review, stating that Kimberly “pristinely channels the renowned icon”. The album also garnered acclaim from The Examiner, which called it a “must have CD.” Available on all major online music outlets, Fabulous Fanny received over 2000 plays in its first month on Pandora.

Her TV/Film credits include: Recurring on THE PLOT AGAINST AMERICA (HBO); The WB’s Charmed; Between The Lions (PBS); Buffy the Vampire Slayer (The WB); ER (NBC); andThe Singing Biologist (Starring Imani Coppola).

A woman of many talents, Kimberly has worked as a backstage Broadway wardrobe dresser on over 20 Broadway shows including Something Rotten, Cinderella, Cabaret and The Lion King.

Kimberly is also one of the TOP 10 Performing Arts Coaches in the world, as well as THE BROADWAY EXPERT providing expert advice & inspiration in the form of personal coaching, workshops, webinars, blog features, interviews, and masterclasses. (www.thebroadwayexpert.com)