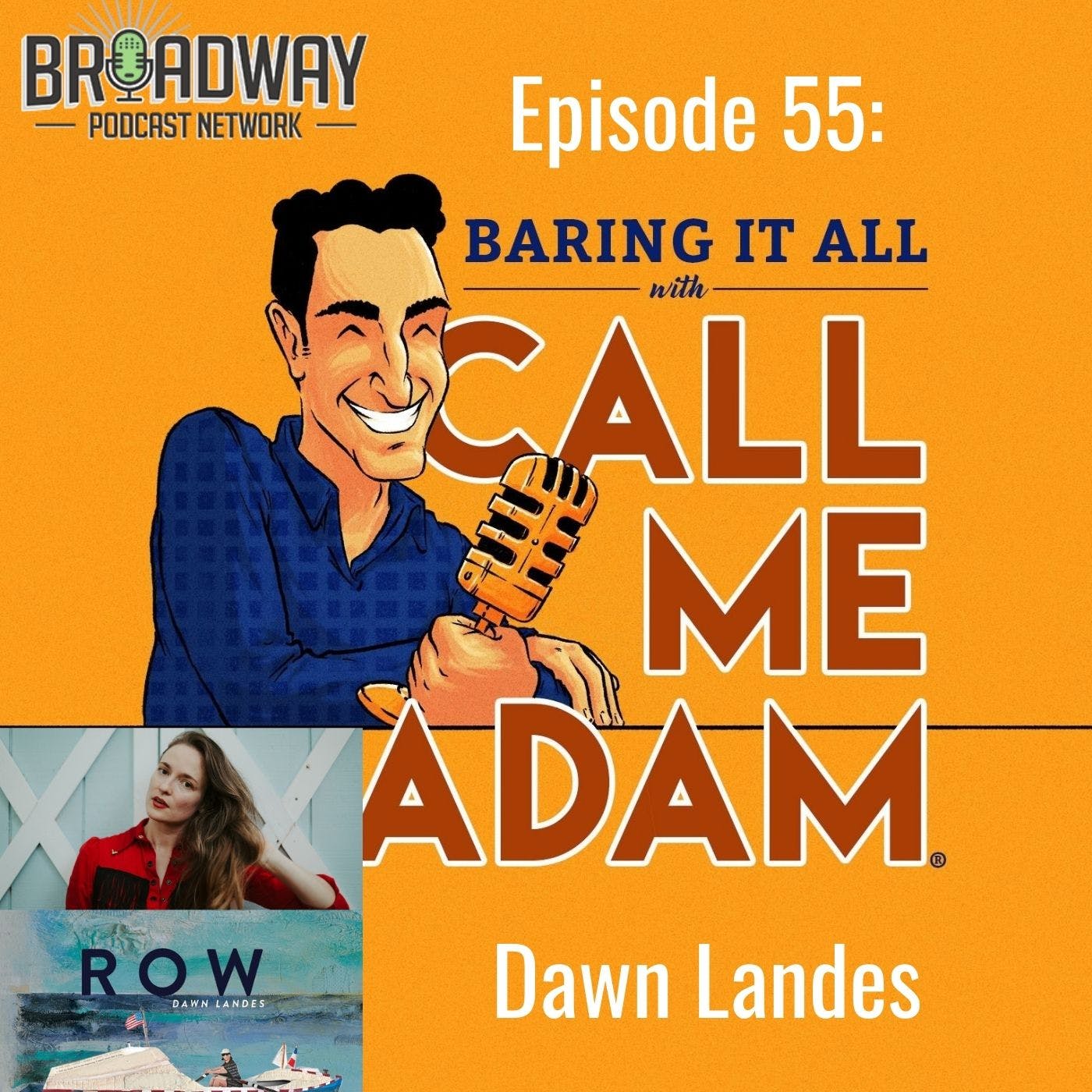 On this episode of Baring It All with Call Me Adam, I chat with singer/songwriter Dawn Landes about:

Dawn is getting ready to release the music from her first musical, ROW (written by Daniel Goldstein) and inspired by Tori Murden McClure, the first women to row solo across the Atlantic Ocean. ROW was supposed to have premiered during the Summer of 2020 at Williamstown Theatre Festival, but due to the global pandemic, it was postponed. However, Audible has picked up the show to record in the Fall of 2020. Dawn has five previous albums under her belt, including one in French. Her albums are: Meet Me At The River, Bluebird, Sweetheart Radio, Fireproof, and Mal Habillée (The French EP).

Row will be available on all music streaming platforms on Friday, October 2. Find it here!

After you listen to our interview, check out Dawn’s Ted Talk about ROW & Tori Murden McClure.

Dawn Landes is best-known for her precise songwriting and textured vocals that meld elements of indie rock, alt-country, and folk. Songs such as “Try to Make a Fire Burn Again,” “Bodyguard,” and “Straight Lines” have built her reputation as one of our best independent singer-songwriters, showcasing an ability to tell stories that makes her the perfect choice to write the songs for a musical like ROW.

The show’s songs not only resonate in these trying times, they also make up an album that is a remarkable production and a collection of moving, powerful songs that take us on a journey with an unstoppable woman. There’s the rousing show-stopper “Independent Spirit,” about conjuring all of our courage in the face of impossible odds, backed by a cooing chorus and lyrics that illuminate the long legacy of pioneers who refused to be quelled by daunting obstacles.

Dawn has managed to create a soundtrack that is simultaneously consistent and eclectic. A lamenting fiddle drives the dreamy waltz “Dear Heart” while the Jewish music tradition steers the prayerful “Avinu Malkeinu, Star of the Sea” and elements of Shakespeare’s King Lear inform the tempest-conjuring “Third Storm, King Lear.” “Second Storm, Hamlet” showcases Sonus Choir, a Nashville-based classical a capella choir, in a collaboration that Dawn says was a highlight of the project. There is also the showstopper “Row,” in which the spirits of Dolly Parton, Tina Turner, and Cher, (voiced by singers Carly Johnson, Sheryl Rouse and Kimmet Cantwell, respectively) act as sirens of encouragement to the show’s heroine.

Other guests include Will Oldham offering a moving reading of the tender love song “Second Time Around”; Brigid Kaelin providing soaring vocals on “Oh Amelia”, a duet with Dawn; Tyrone Cotton singing as Muhammad Ali on “What Would Odysseus Do?;” and Ben Sollee as Tori’s sweet middle school crush on “Ode to Eric Fee.”