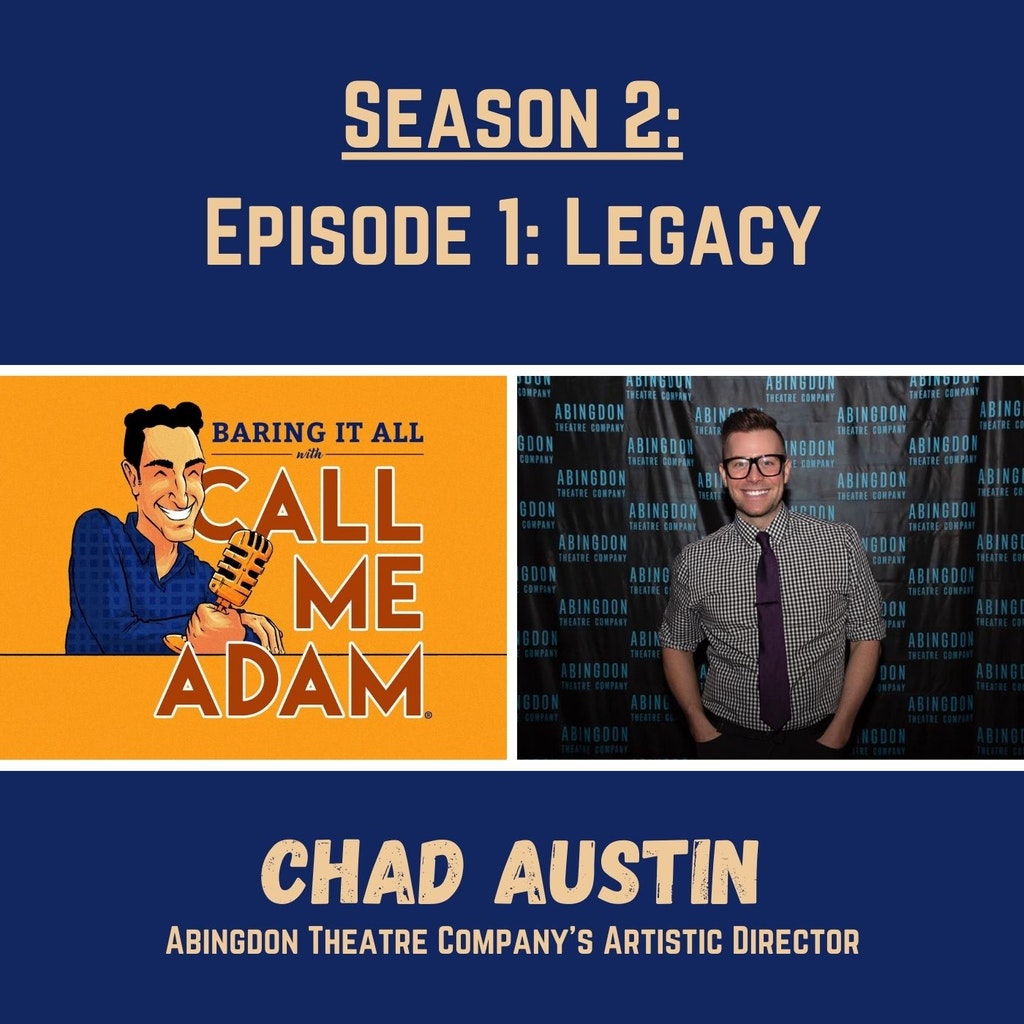 Season 2 of my podcast, Baring It All with Call Me Adam, on the Broadway Podcast Network, kicks off with Chad Austin, Artistic Director of Abingdon Theatre Company. This interview has been split into two episodes: Legacy and Lessons Learned.

This episode features Chad baring it all about his Legacy with Abingdon Theatre Company as well as their #IWill Campaign.

In this episode, we discuss:

The second part of this interview, where Chad & I discuss Lessons Learned, will be released at a later date.