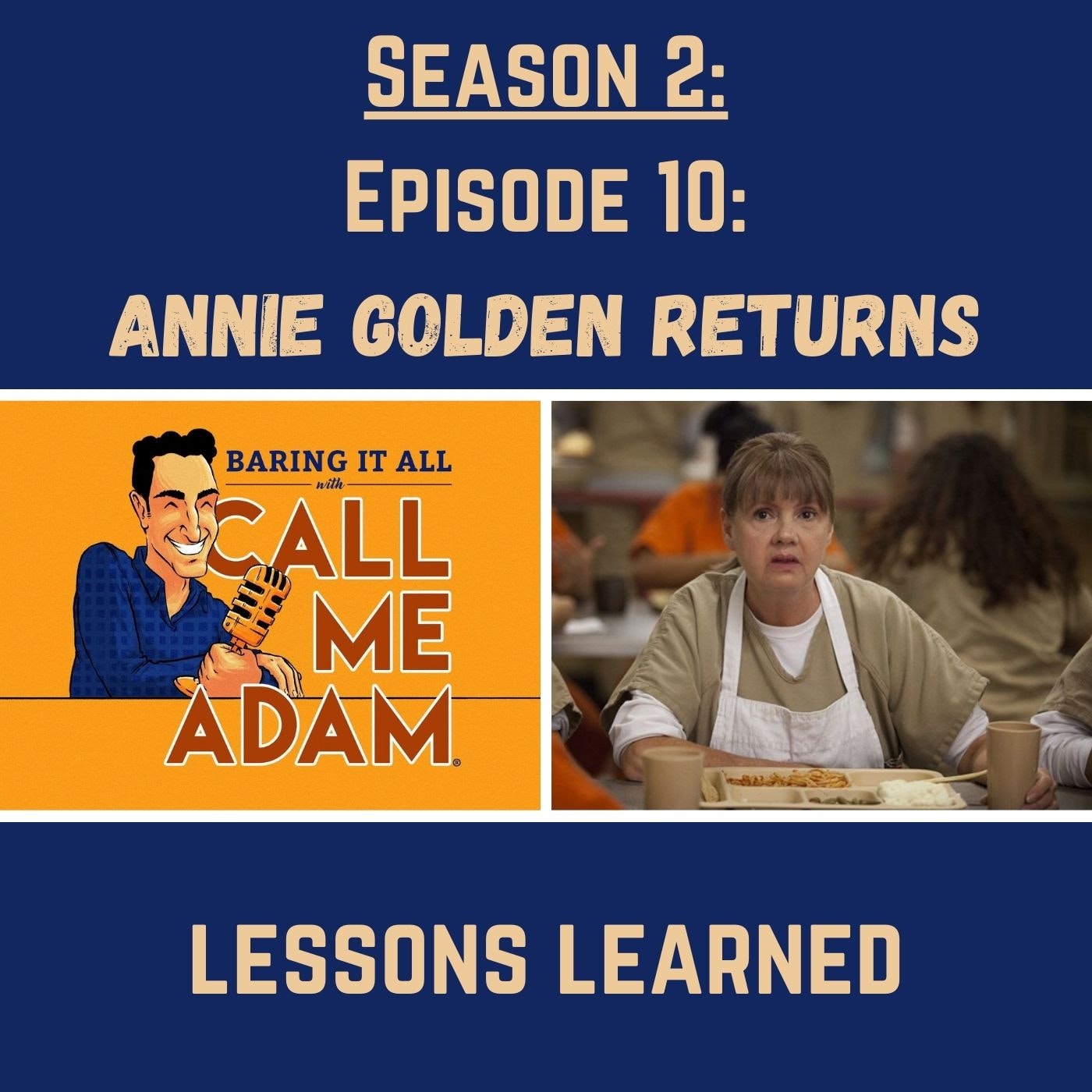 What happens when you are cast in the workshop of a Broadway show, but then don’t move on to Broadway? Have you ever put your foot in your mouth when meeting someone new? Orange is the New Black’s Annie Golden is Baring It All with Call Me Adam about these scenarios, lessons learned & so much more!

Annie Golden is best known for playing mute inmate “Norma Romano” on Netflix’s Orange is the New Black as well as starring turns On and Off-Broadway inThe Full Monty, Hair (as well as the 1979 feature film), Assassins, Violet, On The Town, and Little Shop of Horrors. She also originated the role of “Broadway Bounty Hunter” in Joe Iconis’ Broadway Bounty Hunter.

Missed Part 1 of my interview with Annie Golden? Listen here

Join Annie for her many projects/virtual events below: