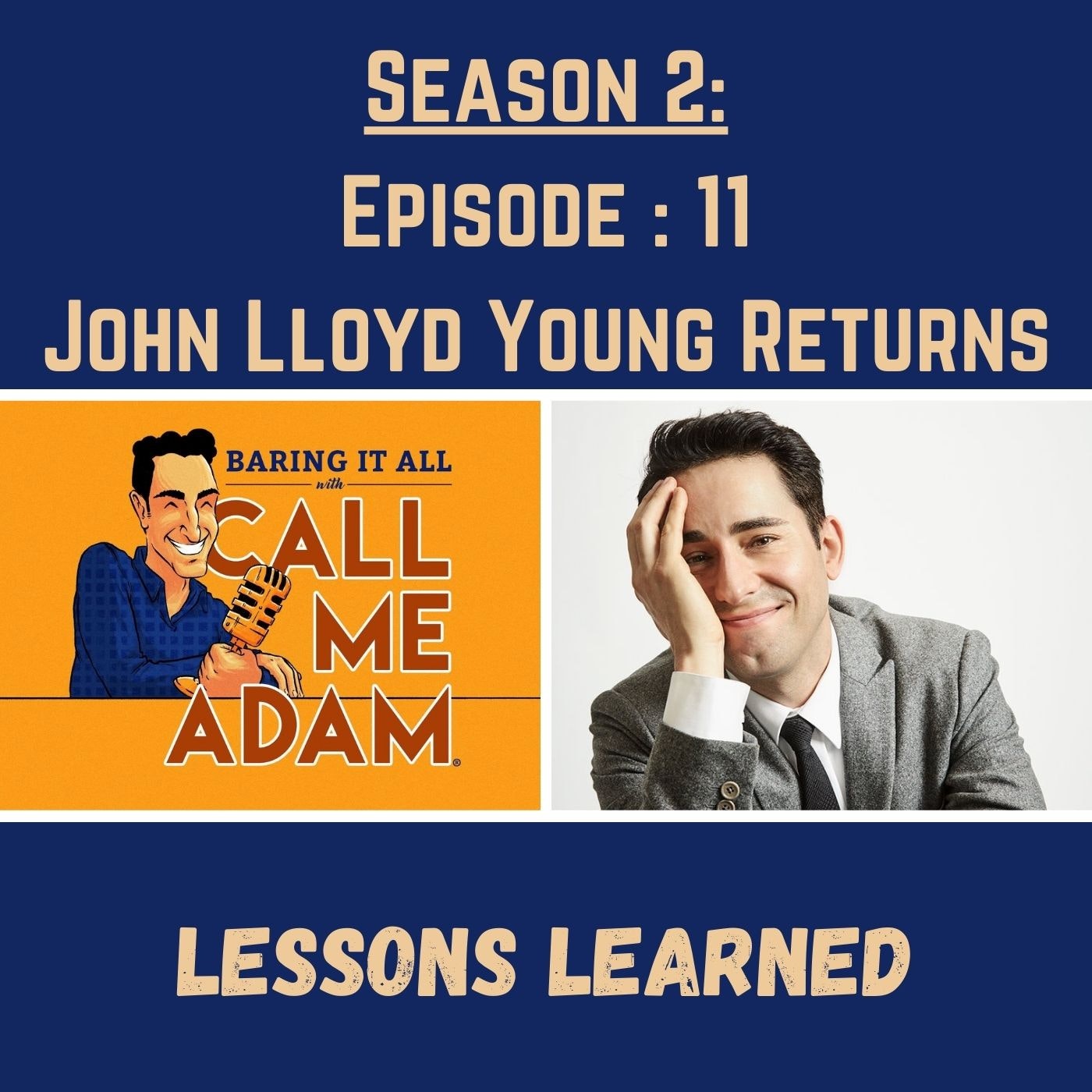 What do Patti LuPone & Clint Eastwood have in common with Jersey Boys star John Lloyd Young? They both have taught him life lessons.

In the second part of my interview with the Tony & Grammy Award Winner, John Lloyd Young is Baring It All with Call Me Adam about those lessons learned + some Broadway secrets he has never revealed before!

Missed Part 1 of our interview? Listen to it here: https://bit.ly/3oOFzFu

John Lloyd Youngs’s next Live Stream concert will be Friday, March 19, 2021 at Feinstein’s at Vitello’s: Click here for tickets!

Film, stage and concert artist, John Lloyd Young, is a Tony and Grammy winner, multi-Platinum recording artist and Presidential Appointee. As the original “Frankie Valli” in Broadway’s Tony Award-winning Best Musical, Jersey Boys, John Lloyd garnered unprecedented accolades from the New York and national media, going on to become the only American actor to date to win all four major Broadway Leading Actor in a Musical honors for a Broadway debut: the Tony, Drama Desk, Outer Critics Circle and Theatre World Award. John Lloyd starred in Jersey Boys on London’s West End, and was hand-picked by director Clint Eastwood to reprise his role in the Warner Bros. film adaptation, becoming one of only a select-few actors in entertainment history to take his Tony-winning role to the big screen.

Over the years, John Lloyd has sung selections from Jersey Boys several times at the White House, in the halls of Congress, and to Kennedys, Clintons, Bushes, Obamas, Bidens, the Prime Minister and First Lady, Shinzo and Akie Abe, of Japan and the President and First Lady of Finland, Sauli Niinistö and Jenni Haukio.

As a concert artist, John Lloyd has taken his expertly-curated repertoire of classic pop and R&B to filled-to-capacity rooms, thrilling his audiences with a “disciplined one-in-a-million high tenor shading into falsetto that he can direct through the stratosphere” (The New York Times). He has played The White House, Carnegie Hall, Lincoln Center, The Hollywood Bowl, The John F. Kennedy Center for the Performing Arts, the U.S. Embassy in Finland, Clint Eastwood’s Tehama Country Club, New York’s Café Carlyle, Feinstein’s in NY and San Francisco, Radio City Music Hall, the Macy’s Thanksgiving Parade and New Year’s Eve in Times Square.

Appointed to the President’s Committee on the Arts and Humanities by Barack Obama, John Lloyd was sworn in at the Supreme Court of the United States by Justice Elena Kagan. As a member of the Committee, John Lloyd represented the United States on the first U.S. Cultural Mission to the Republic of Cuba, along with fellow Committee members Kal Penn and Alfre Woodard, guest artists Usher, Smokey Robinson, Dave Matthews, violinist Joshua Bell, playwright John Guare, U.S. arts officials, including the Chairs of the NEA and the Smithsonian Institution, and members of Congress.