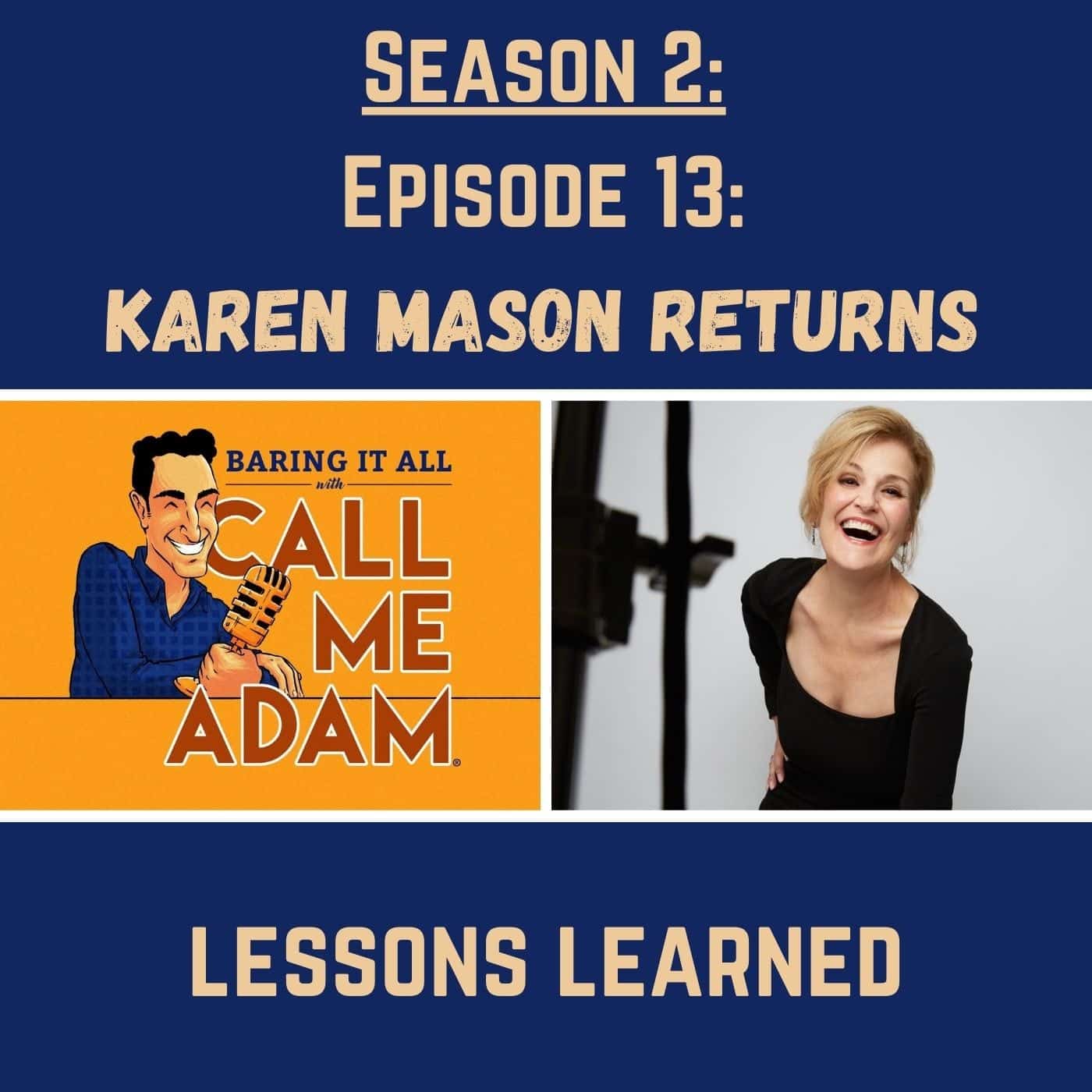 To celebrate Karen Mason’s upcoming 70th Birthday (March 30), this acclaimed Broadway actress & 13-Time Mac Award winning Cabaret Icon returns to bare it all about lessons learned. From vocal issues to Rebecca, one of Broadway’s biggest musical theatre scandals to not having a Broadway contract renewed, Karen Mason is Baring It All with Call Me Adam.

Karen Mason is a 13-time Mac Award winning Cabaret Icon. She has been seen on Broadway in Mamma Mia!, Sunset Boulevard, Wonderland, and most recently, she performed around the country in the First National Tour of Andrew Lloyd Webber’s Love Never Dies.