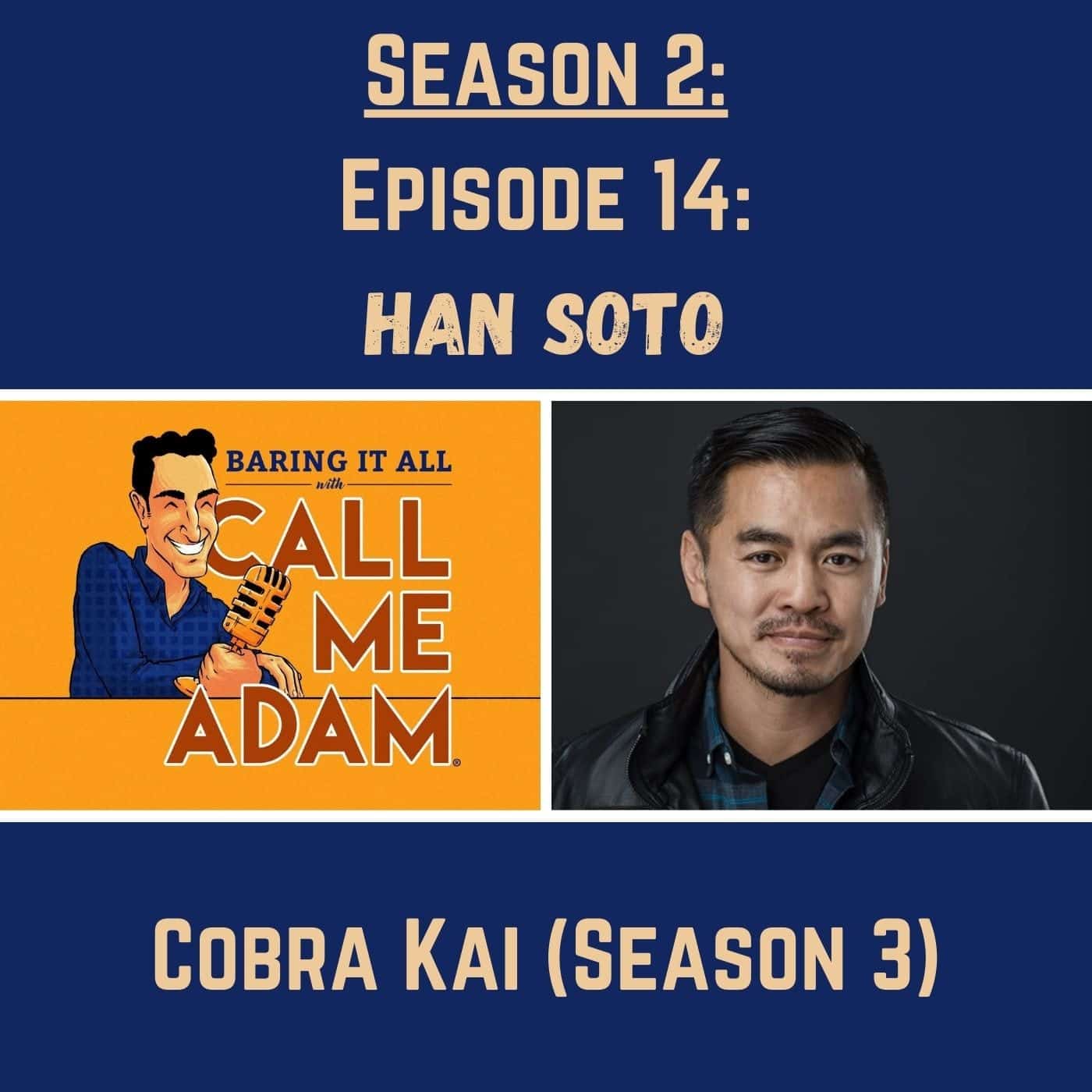 Actor Han Soto can currently be seen in Season 3 of Netflix’s hit show Cobra Kai as “Pham Minh Thao,” the soldier who kept John Kreese prisoner during his time at war (and inadvertently ended up naming Kreese’s future dojo).

In addition to Cobra Kai, we discuss Asian Representation in Hollywood, Han’s life as a businessman, how Han pivoted into acting & so much more!

Han Soto previously played “Deng” on the series Preacher and “Lee” on Magic City opposite Jeffrey Dean Morgan. His film credits include Grudge Match with Sylvester Stallone and Robert De Niro, Olympus Has Fallen and Looper, with Bruce Willis, in which he also performed his own stunts.

Prior to working in the entertainment industry, Han was a successful businessman in the building trades industry, created and operated a website and branding business, has worked as an independent consultant in corporate Information Technology, and has decades of retail experience.

As a new father to a beautiful daughter, Han is a family man who essentially raised his younger siblings and guided their education and professional careers while supporting his parents, assuming the role of head of the home, as his own father was stricken with a terminal disease.

In addition to his endless family support, Han has contributed much to international relief organizations, including traveling to remote parts of India to document the plight of blind children at a school where the boys live after being rejected from their families. He is also a leader among North American students who come from Southeast Asia, and helps provide fund-raising, scholarships, direction, and support for these 1st and 2nd generation young Asian Americans.

Han is a natural leader who has the ability to inspire and encourage people to do their very best, and his entire focus in life is to help and support people to achieve excellence in their personal lives, as well as in their families and communities, both locally and abroad.