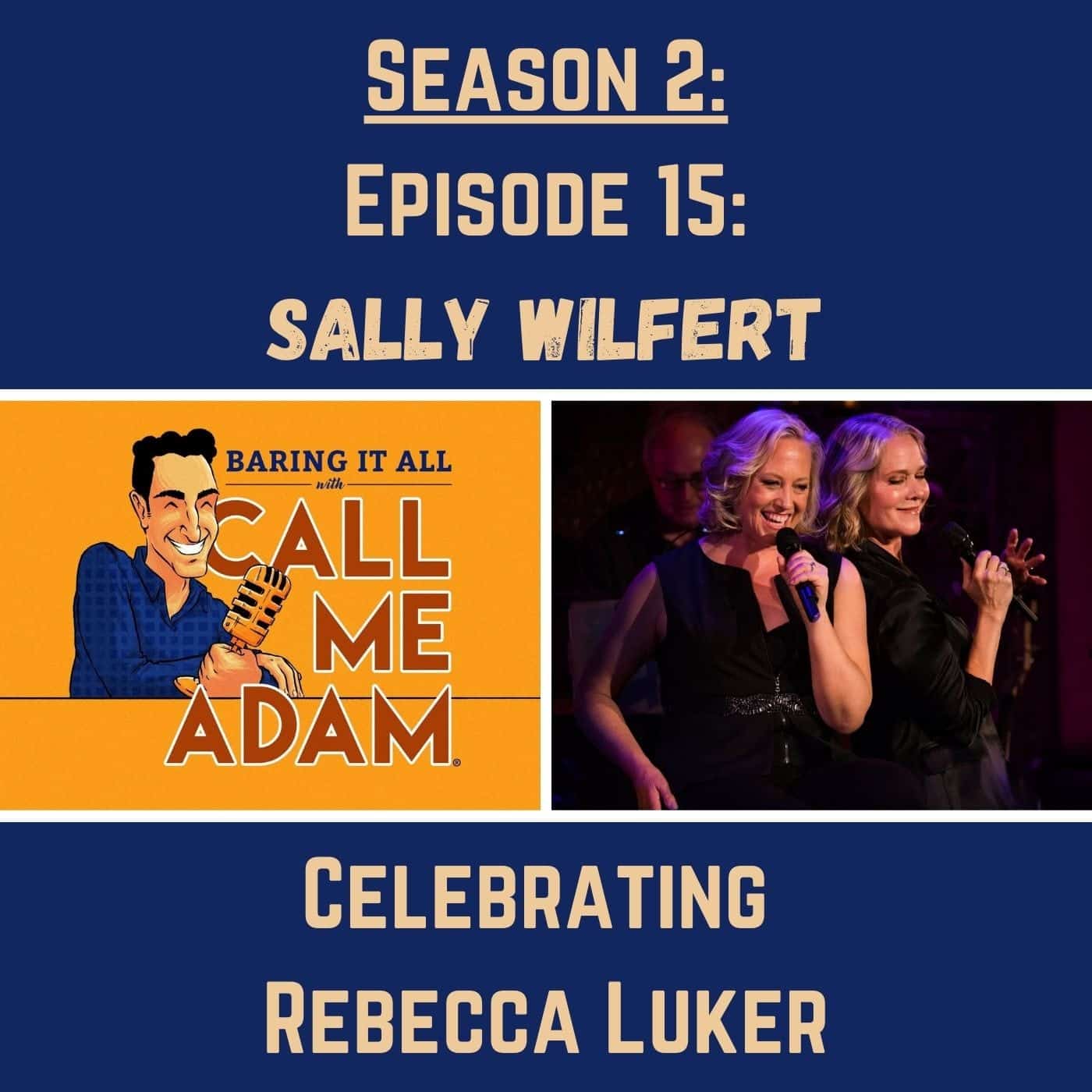 Sally Wilfert & Rebecca Luker were best friends. In celebration of what would have been Rebecca Luker’s 60th Birthday (4/17), Sally & I pay tribute to their amazing friendship, their final project together, All The Girls, and much more!

After listening to this episode, please consider making a donation to Target ALS, in honor of Rebecca Luker who passed away from ALS on December 23, 2020.

Stream All The Girls on Spotify and Amazon

Purchase/Download All The Girls on PS Classics and iTunes

Sally Wilfert has appeared on Broadway in the Tony Award-winning production of Assassins, The Adventures of Tom Sawyer, and King David. She toured the country in the first national tour of The 25th Annual Putnam County Spelling Bee. Off-Broadway, Sally’s credits include See Rock City, Make Me A Song: The Music of William Finn, The Mistress Cycle, and The Prince & The Pauper. At Carnegie Hall she has appeared in Cole Porter’s Jubilee, South Pacific in Concert (starring Reba McEntire), and Sondheim: A Tribute, (all for PBS). Performing with the New York City Ballet at Lincoln Center and Tokyo, she was featured soloist, singing “Somewhere” for their performances of West Side Story Suite.

She has appeared at The Ensemble Theatre of Cincinnati in Mamma Mia, Chasing Rainbows, Damn Yankees, Kiss Me Kate, The Light in the Piazza, Footloose, When We Met, LMNOP (World Premiere), Little Miss Sunshine (World Premiere), Marry Me A Little, Elegies: A Song Cycle, Les Miserables, The Last Five Years, Amadeus, Into the Woods, & The Threepenny Opera.