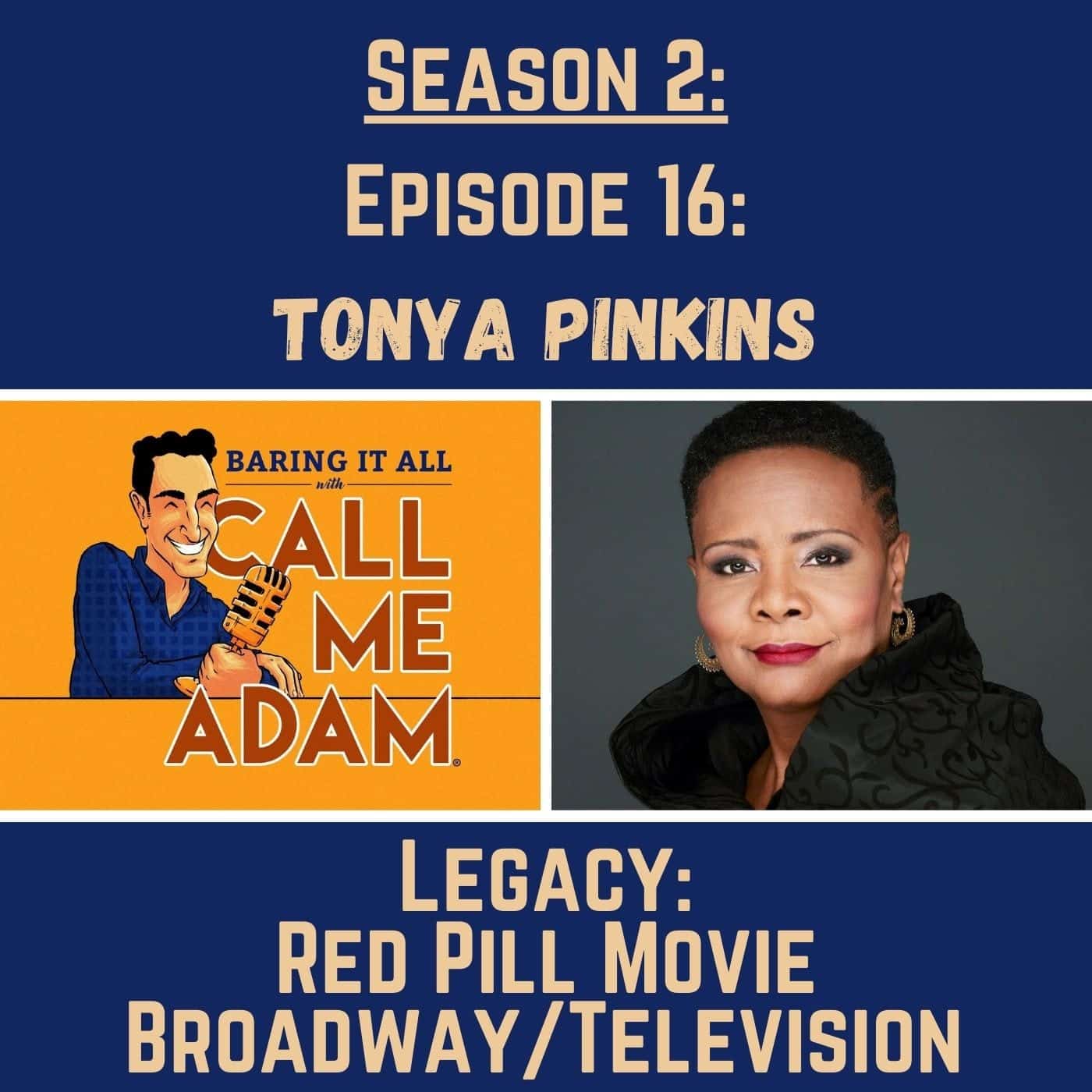 I may have jumped out of my seat four times watching Tonya Pinkins‘ new horror film Red Pill, but I am staying seated today for this incredible conversation. Tonya Pinkins is a Tony Award Winner. Her career encompasses nine Broadway shows, 20 years on daytime television, podcasting, writing, motherhood & now you can add filmmaker to this impressive career.

In the first part of our interview we discuss Tonya’s new award winning horror movie Red Pill, starring on Broadway, motherhood and so much more!

Red Pill can be seen in the Micheaux Film Festival from April 26-May 2nd. Click here for tickets!

Tonya Pinkins is a multi-award-winning actress, author, & educator. She has won a Tony, Obie, Drama Desk, Outer Critics Circle & Lortel Award. She teaches privately & at The Atlantic Theater School’s NYU program. Tonya is the author of Get OVER YOURSELF: How to Drop The Drama and Claim The Life You Deserve (Hachette Books). Tonya works with The African American Policy Forum & actively supports #SayHerName & TheMovementForBlackLives among other causes & organizations.

Tonya co-wrote, produced and directed Truth and Reconciliation of Womyn (The Tank, Deepak Home Base, The Commons, & The #HealMeToo Festival). Tonya’s directing credits include: Till We Meet Again at the 14th Street Y, Paul Robeson: The Opera at Trilogy Opera Company, Bring It On at Black Spectrum Theater, Exit: An Illusion by Marita Bonner for American Bard Theater’s “Visionary Voices,” The Gospel According to Miss Roj from The Colored Museum for Project One Voice at The Kimble Theater, Vagina Monologues for V-Day at The World Health Ministry Conference in Mexico, The Klucking of Hens by Carol Lockwood at New Professional Theater, Lord’s Resistance by Camille Darby at the National Black Theater Festival in Winston Salem, & Dead People’s Things by Patricia Ione Lloyd at Red Circle Rising. Tonya co-directed Laryy Powell’s Easy To Love in the Fire This Time Festival & For Colored Boys by Jesse Alick in 48 Hours in Harlem. She has been developing Blaine Teamer’s #BoxSeats at NYTW and National Black Theater’s Monday Night Reading series.