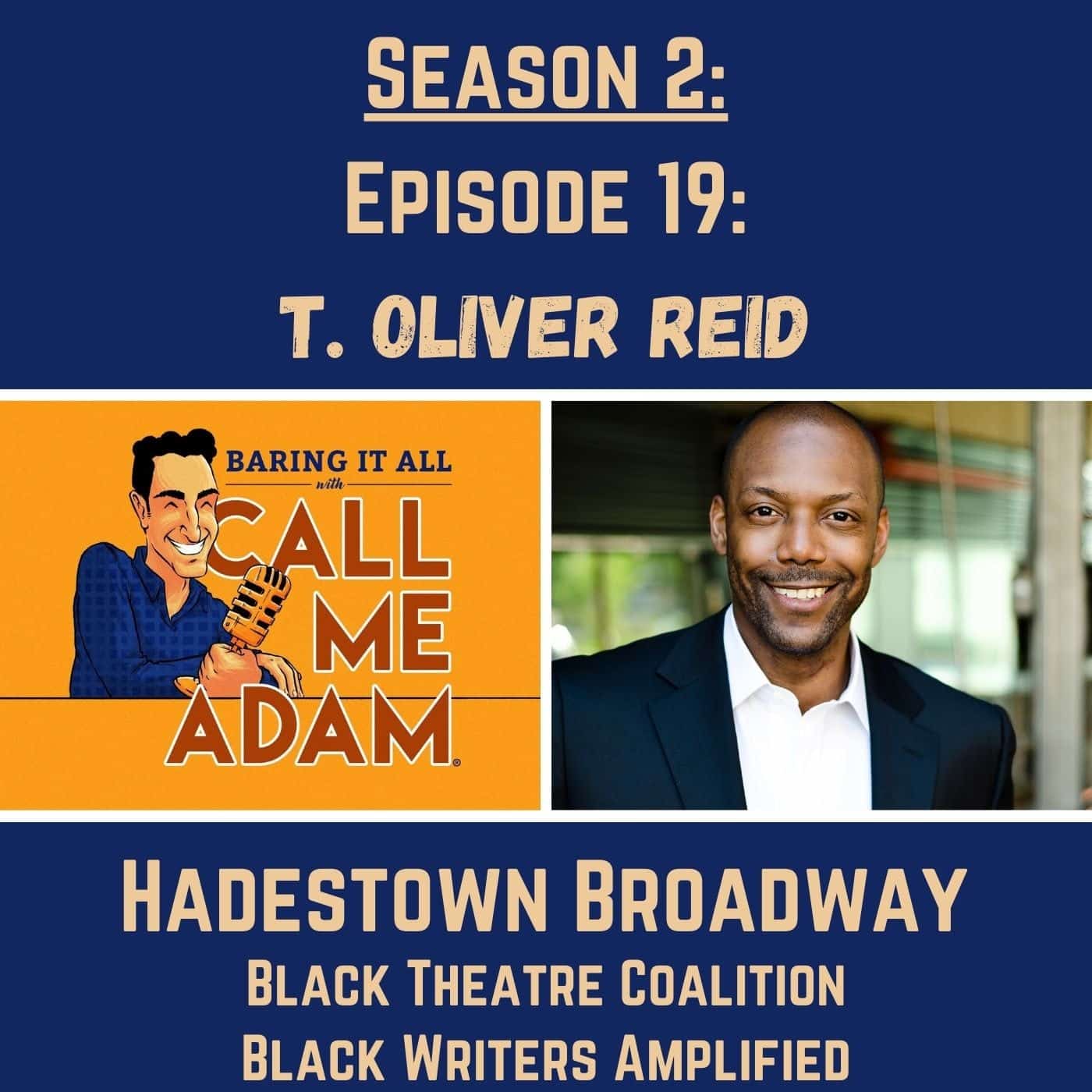 Before the pandemic, T. Oliver Reid was in the Tony Award winning musical Hadestown. Now, this powerhouse performer joins me for a great conversation about Broadway re-opening, being a black performer on Broadway, Black Theatre Coalition & his latest project Black Writers Amplified.

Black Writers Amplified is an album that will be released by Broadway Records featuring all black musical theatre writers. If you want to be featured on this album, submissions are due by Monday, May 17. Visit Black Theatre Coalition for more information.

He is also an accomplished cabaret artist and multiple award winner for his solo show, Drop Me Off In Harlem which he directed, wrote and starred in. He has produced and directed concerts for Feinstein’s 54 Below and continues to work in film and television. He is on faculty at NYU-Tisch’s Grad Acting Program and Columbia University School of the Arts’ Grad Acting program. He sits on the Board of Visitors for the University of North Carolina School of the Arts. He’s currently in the critically acclaimed, Hadestown on Broadway.