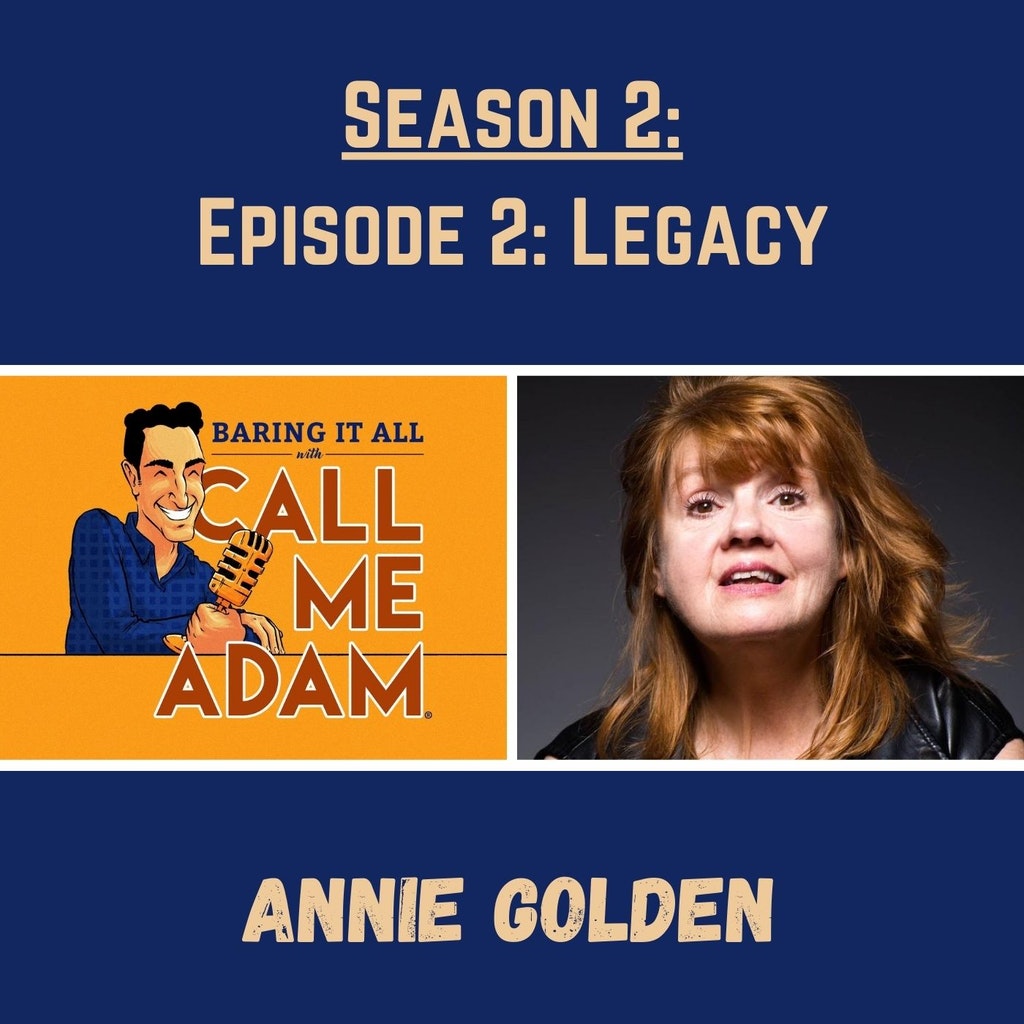 Season 2, Episode 2 of Baring It All with Call Me Adam, on the Broadway Podcast Network, continues with Broadway & Orange is the New Black’s Annie Golden. This interview has been split into two episodes: Legacy and Lessons Learned.

This episode features Annie baring it all about her career Legacy:

Annie Golden is best known for playing mute inmate “Norma Romano” on Netflix’s Orange is the New Black as well as starring turns On and Off-Broadway inThe Full Monty, Hair (as well as the 1979 feature film), Violet, On The Town, and Little Shop of Horrors. She also originated the role of “Broadway Bounty Hunter” in Joe Iconis’ Broadway Bounty Hunter.

The second part of this interview, where Annie & I discuss Lessons Learned, will be released at a later date.